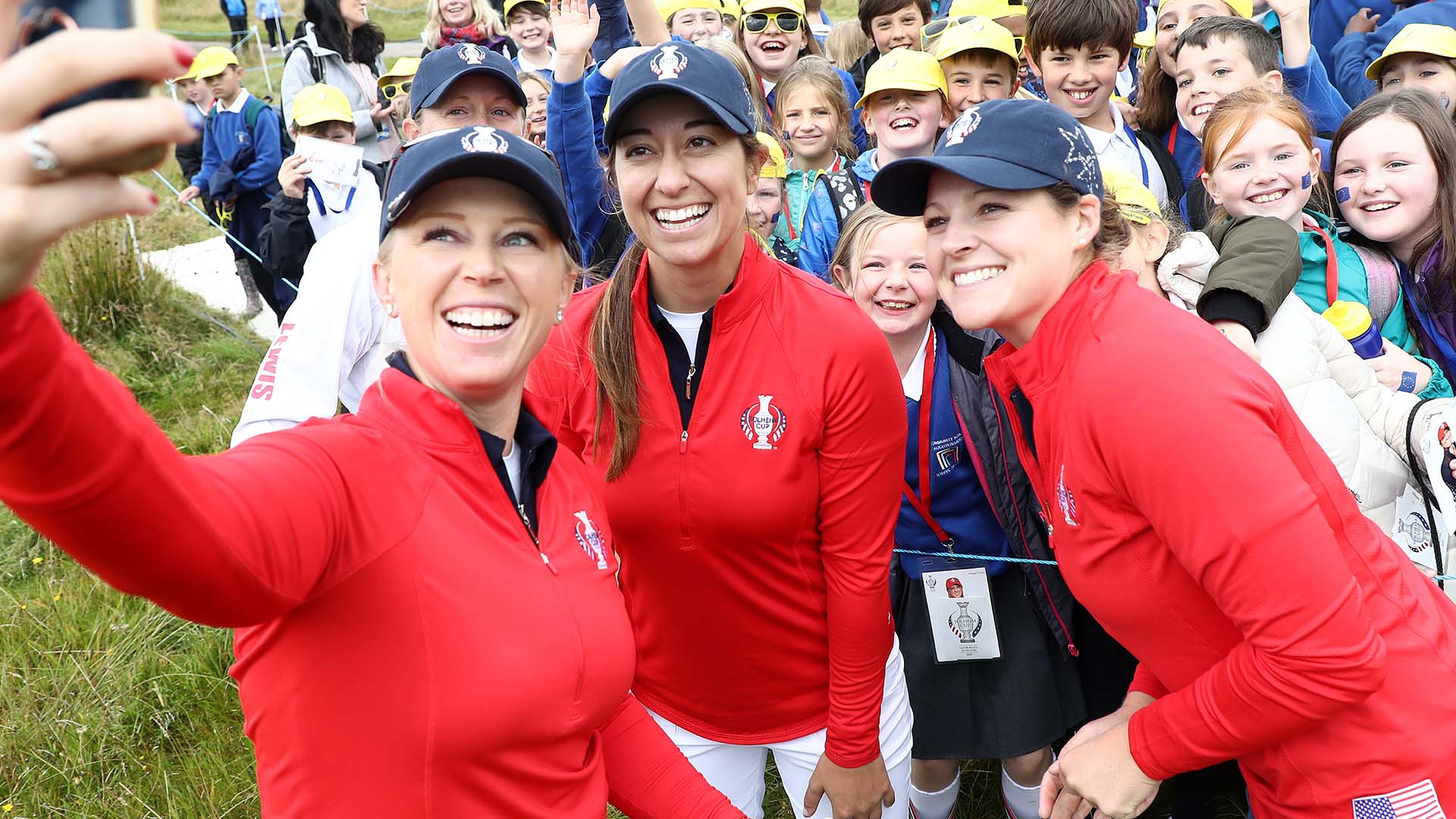 GLENEAGLES, Scotland – When Stacy Lewis notified U.S. Solheim Cup captain Juli Inkster last Thursday that her injured back might keep her from competing at Gleneagles, Inkster immediately picked up the phone and called Ally McDonald.

Inkster had already made the difficult decision to initially keep McDonald, the first player out in U.S. points, off the team and instead make her first alternate, but she also knew that the former Mississippi State standout was more than capable of stepping up if needed. She was pleased when McDonald agreed to fly to Scotland on Sunday instead of two days before the start of the event.

“She didn't hesitate,” Inkster said of McDonald. “She goes, ‘I'd love to go; I'd love to come. I know I'll be on more Solheim Cup's teams and I’d love to learn.’”

Added McDonald: “It was important to myself as well as everyone else to be here and be ready to go.”

McDonald, not allowed to practice as an alternate, walked with the team during Monday’s practice round, and after Lewis failed to get through the day without pain, McDonald was officially announced as Lewis’ replacement Tuesday morning – just in time for team photos, too.

“I came in mentally prepared to step in as a player or even as a cheerleader,” said McDonald, who will be one of six rookies on this year's U.S. team. “Obviously, I didn't want it this way, and hopefully Stacy gets better ASAP, but I'm excited to be part of the team and hopefully I can contribute a lot.”

McDonald, 26, was a two-time All-American in college and is now in her fourth season on the LPGA. She ranks 51st in the Rolex Rankings and has eight top-25s this season, including a solo third at the ShopRite LPGA Classic and two top-10s in majors.

Her match-play experience is limited, though she did represent the U.S. at the 2014 Curtis Cup, going 2-0-2. She won her singles match against Annabel Dimmock, 4 and 3, and before that teamed with current Solheim Cupper Annie Park to beat Charlotte Thomas and current European Solheim Cupper Bronte Law, 4 and 3, in the opening fourball session.

She played Law, who went 7-4-1 in three Curtis Cups, twice that week, no losing either match.

“That's why I don't remember it,” Law said, stubbornly, when asked about those matches.

While Lewis’ experience will be missed (she was set to play in her fifth Solheim Cup), McDonald’s transition into this U.S. squad has been seamless. McDonald’s game and personality are similar to that of Lewis, which is why McDonald’s arrival didn’t force adjustments to Inkster’s pod system.

“Basically, I kind of just slid Ally right in there, and she's been great,” Inkster said. “So it actually hasn't been too much of a problem whatsoever.”

The only thing left is for McDonald to get her own nameplate on the range. She spent Tuesday afternoon hitting balls next to a sign bearing Lewis’ name.