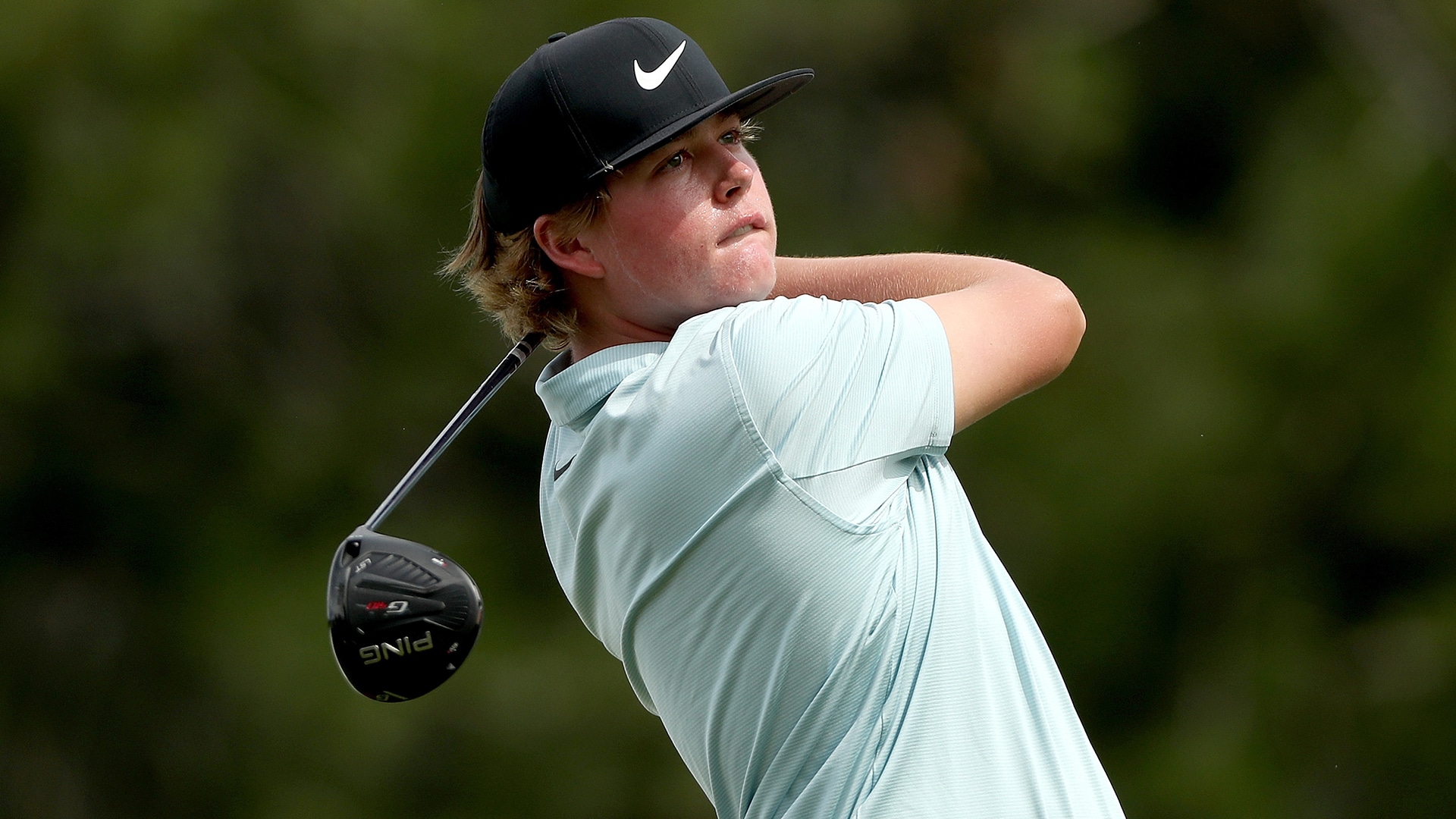 Preston Summerhays wasn’t supposed to be in Pennsylvania this week.

Originally, he was scheduled to defend his U.S. Junior Amateur title at Hazeltine National in Chaska, Minnesota. But after the USGA canceled the championship in April, the 18-year-old Summerhays decided to sign up for the Sunnehanna Amateur, which had moved its dates from June 17-20.

He’s glad he did.

On Friday, Summerhays fired a 5-under 65 to win the prestigious amateur event with a tournament-record-tying 14-under total, three shots better than Texas sophomore Travis Vick, who closed in 63 at Sunnehanna Country Club in Johnstown.

Summerhays, regarded as one of the top prospects in the Class of 2021 and verbally committed to Arizona State, shot 66 on Thursday to grab the 54-hole lead before making six final-round birdies, including birdies on each of his last two holes to pull away from his challengers.

He is now the youngest champion in the Sunnehanna's 67-year history and joins a list of champions that includes Ben Crenshaw, Rickie Fowler, Webb Simpson and Collin Morikawa.

“This is definitely one of the bigger amateur events with a great field and a great course,” Summerhays told reporters. “To win an event that other great players have won and gone on to do good things means a lot to me.”

The victory comes while Summerhays’ dad and instructor, Boyd, was in, of all places, Minnesota. Boyd Summerhays is caddieing for Tony Finau, whom Preston calls “Uncle Tony,” in the 3M Open at TPC Twin Cities. Preston’s sister, Grace, is gearing up for the U.S. Women’s Amateur in two weeks after recently becoming the youngest winner of the Utah Women’s Amateur.

Georgia Tech head coach Bruce Heppler has to be rooting for college golf to played as soon as possible. His players are riding quite the collective wave of momentum.

After senior Tyler Strafaci captured titles at the North and South Amateur and Palmetto Amateur and recent graduate Luke Schniederjans won the Georgia Amateur, junior Connor Howe captured the Southeastern Amateur in thrilling fashion Thursday at the Country Club of Columbus in Georgia.

Howe was tied with Kentucky’s Alex Goff entering the final hole. He needed a birdie to win and a par to force a playoff.

“I hit my drive into the left rough and hit my second shot over the green, not the way you draw it up,” Howe said. “I didn’t know that Goff made birdie, so I didn’t know I had to get it down to avoid a playoff. I was thinking, ‘Just get it on the green and make par.’”

He did one better, chipping in for birdie and the win.

Regardless of what happens Saturday, Jackie Lucena can make her travel reservations for the U.S. Women's Amateur.

The UC Davis sophomore won both of her matches Friday at the Women's Western Amateur, going to 20 holes against Taylor Kehoe in the quarterfinals before making quick work of Chelsea Dantonio, 7 and 6. She will meet Fresno State senior Brigette Thibault of Canada in Saturday's final at Prestwick Country Club in Frankfort, Illinois.

Whether she wins or not, it doesn't matter: Lucena will compete in two weeks at Woodmont Country Club in Rockville, Maryland. Because of the COVID-10 pandemic forcing the cancellation of qualifying, the USGA decided to exempt the winner and runner-up of this week's event at Prestwick.

Thibault, who was already exempt for the Women's Am, needed 21 holes to beat Sophie Burks in her semifinal match.

The summer amateur calendar presses on with next week's Western Amateur, which will host many of the top amateurs in the country at Crooked Stick in Carmel, Indiana. Half of the world's top 10 amateurs will compete: No. 2 Ricky Castillo, No. 4 Davis Thompson, No. 5 John Pak, No. 8 Stewart Hagestad and No. 10 Andy Ogletree. The championship begins Tuesday, with the first of four stroke-play rounds. A cut will be made after 54 holes and the top 16 players after 72 holes will advance to match play, which begins Friday and culminates with Saturday's final. 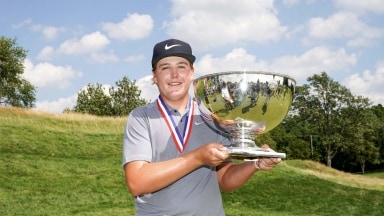