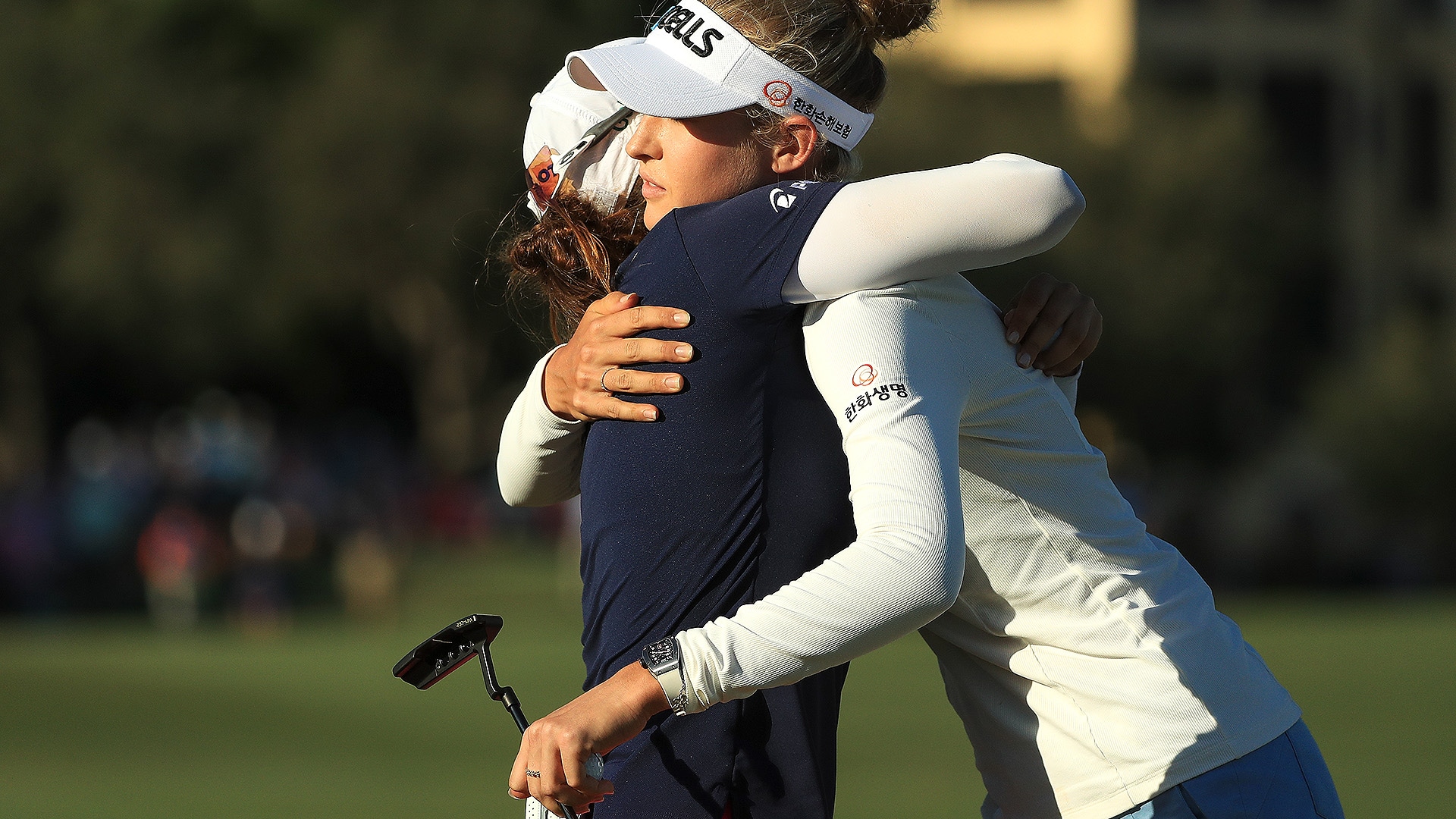 You can see it again this weekend on the CME Group Tour Championship leaderboard.

Nelly Korda, 20, who broke through to win her first LPGA title three weeks ago, made a big move Saturday to try to claim another title. After a 5-under-par 67, she is positioned three shots behind Lexi Thompson, a Solheim Cup veteran.

“I think Nelly really has the DNA for the Solheim,” Inkster told GolfChannel.com after Korda won in Taiwan. “She loves to compete, and I like that.”

The Americans are looking to claim their ninth LPGA title this season, which would equal the formidable South Koreans for most on tour.

American Marina Alex is also on the leaderboard as she seeks to make a run at her first Solheim Cup team. She’s tied for fourth. She got Inkster’s attention claiming her first LPGA victory at the Cambia Portland Classic late in the summer.

“That’s been a goal of mine since I joined the tour,” Alex said. “I think last year I realized it was a realistic goal, but there’s a lot of time before the Solheim Cup, and there are a lot of Americans playing really well. It’s not going to be easy to make that team.” 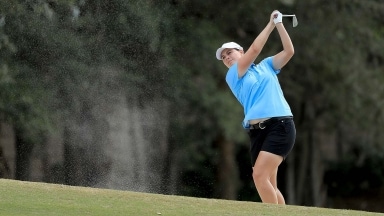 Caroline Masson’s chance at winning was dashed three weeks ago with her fiancé, Jason McDede, helping Nelly Korda beat her in Taiwan. And they'll do it again on Sunday at the CME. 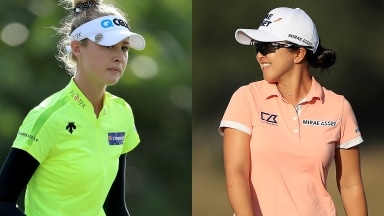 The $1.5 million first-place check makes Sunday an epic, historic moment in the women’s game. It will be the most money a woman has ever made winning a golf tournament. 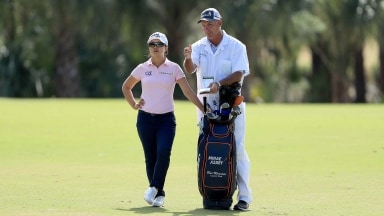 Kim leads Korda by one through 54 at LPGA finale

Sei Young Kim had only one birdie on the back nine and held on for a 4-under 68 and a one-shot lead over Nelly Korda, who made a charge going into the final round of the CME Group Tour Championship.