And now, what we've all been waiting for: Beefy Bryson’s Big Experiment 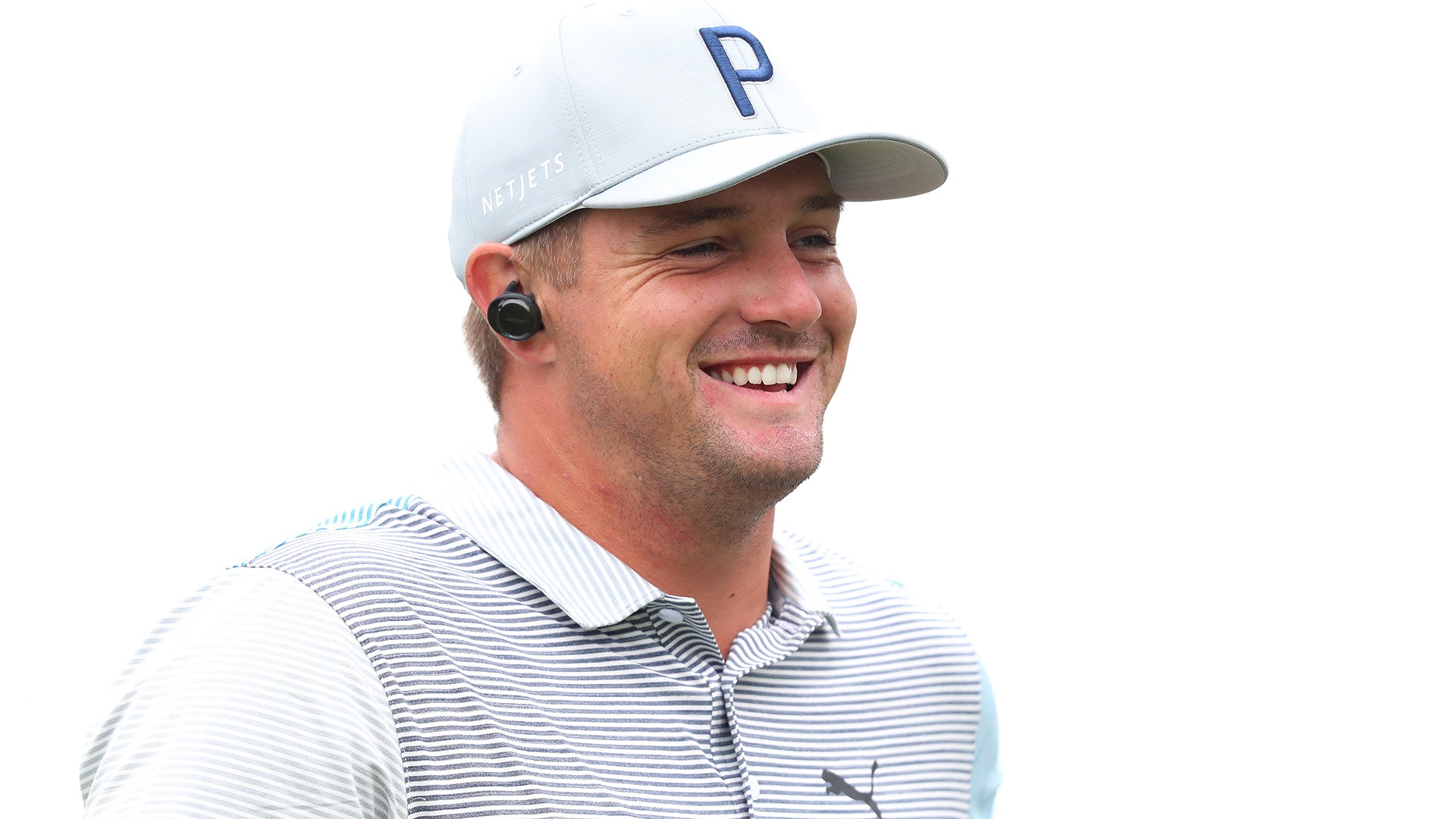 Fifteen players rolled through the PGA of America’s virtual news conference setup – the usual suspects, the 2019 major winners, the U.S. Ryder Cup captain – but not the player who has generated the most media coverage this year.

This week at TPC Harding Park, it’s what we’ve all been waiting for: Beefy Bryson’s Big Experiment, on full display at a major.

In his only pre-tournament interview, DeChambeau told Golf Channel’s Todd Lewis that he’s planning to treat the PGA like it’s any other tournament and won’t “try to hype myself up at all.” Good thing, because there’s little need for added hype entering the year’s first major. DeChambeau is already the talk of the sport in 2020.

Over the past several months he hasn’t been shy about sharing his gargantuan appetite, his prodigious distance gains or his head-turning body transformation to his 400,000 Instagram followers and Twitch stream devotees. Even if some of his more outlandish claims have caused some eye-rolling – the latest: he aims to live until he’s 140 – his on-course results have undeniably been impressive.

Already showing signs of progress before the coronavirus shutdown, DeChambeau used the three-month break to take his game to the next level. During the Tour restart he strung together three consecutive top-10s – despite being largely constrained by claustrophobic layouts – before overpowering a classic course at the Rocket Mortgage Classic. Most astonishing wasn’t so much the awesome length but rather the relative accuracy (112th) with which he was unleashing his mammoth blasts. In each of his 10 measured starts this year, he’s ranked inside the top 13 off the tee, gaining a Tour-best 1.12 strokes per round on the field.

Then he’s able to capitalize. “That’s one thing about Bryson that we don’t talk about, that he’s one of the best putters out here,” Gary Woodland said of DeChambeau, who ranks sixth on Tour in putting. “Even though he bombs it and he’s doing all this stuff, the way he putts allows him to do that.”

But with ascendant play comes increased scrutiny, and lately DeChambeau has (once again) become a target of social media vitriol following viral videos of him clashing with a Tour rules official and confronting an on-course cameraman over what DeChambeau perceived as an invasion of professional privacy. None of his peers have seemed to show much sympathy. Brooks Koepka has even openly mocked him.

So if DeChambeau craves respect, it’ll come not from slamming protein shakes or posting insane TrackMan readings. His carefully cultivated image would benefit most from winning, particularly in the majors that demand not just strength but also strategy and skill.

For the unquestionable success he’s enjoyed on Tour – six wins in four seasons – he’s been unable thus far to find a successful formula in the legacy-defining tournaments. In 12 career appearances, he doesn’t have a single top-10; his best finish is a tie for 15th at the 2016 U.S. Open, his first major as a pro.

“I don’t feel like there’s a better time,” DeChambeau said.

Many players in their pre-tournament pressers stressed the importance of finding the fairway this week at TPC Harding Park; Koepka, the two-time defending champion, said there’s no way to advance a mid-iron out of rough that, while spotty, often is juicy enough to force a hack-out. “It’s not a guarantee that you can get to the green if you just wail it around,” Rory McIlroy said. “You still have to hit fairways.”

But DeChambeau appears ready to challenge that theory. He doesn’t anticipate hitting any long approaches this week, even in cooler, damp conditions that could reduce clubhead and ball speed as much as 10 mph – or about a 30-yard difference.

“The risk is definitely worth the reward," DeChambeau said. “As of right now, I’m hitting it up there as far as I can, hopefully wedging it up there close and making some putts this week.”

Driver-wedge might not be the most artistic recipe, but that’s proven successful on everyday Tour setups with wide fairways, little rough and soft greens. In the most challenging conditions to date this season, at the Memorial, he missed the cut with rounds of 73-76.

That’s why this PGA is set up as a critical test of DeChambeau’s brawny game, with Harding Park a less-extreme version of what’s likely to come at Winged Foot.

Majors ask different questions of elite players, and so the best way for DeChambeau to bolster his “brand” – and to silence some skeptics – is to become a serious challenger.