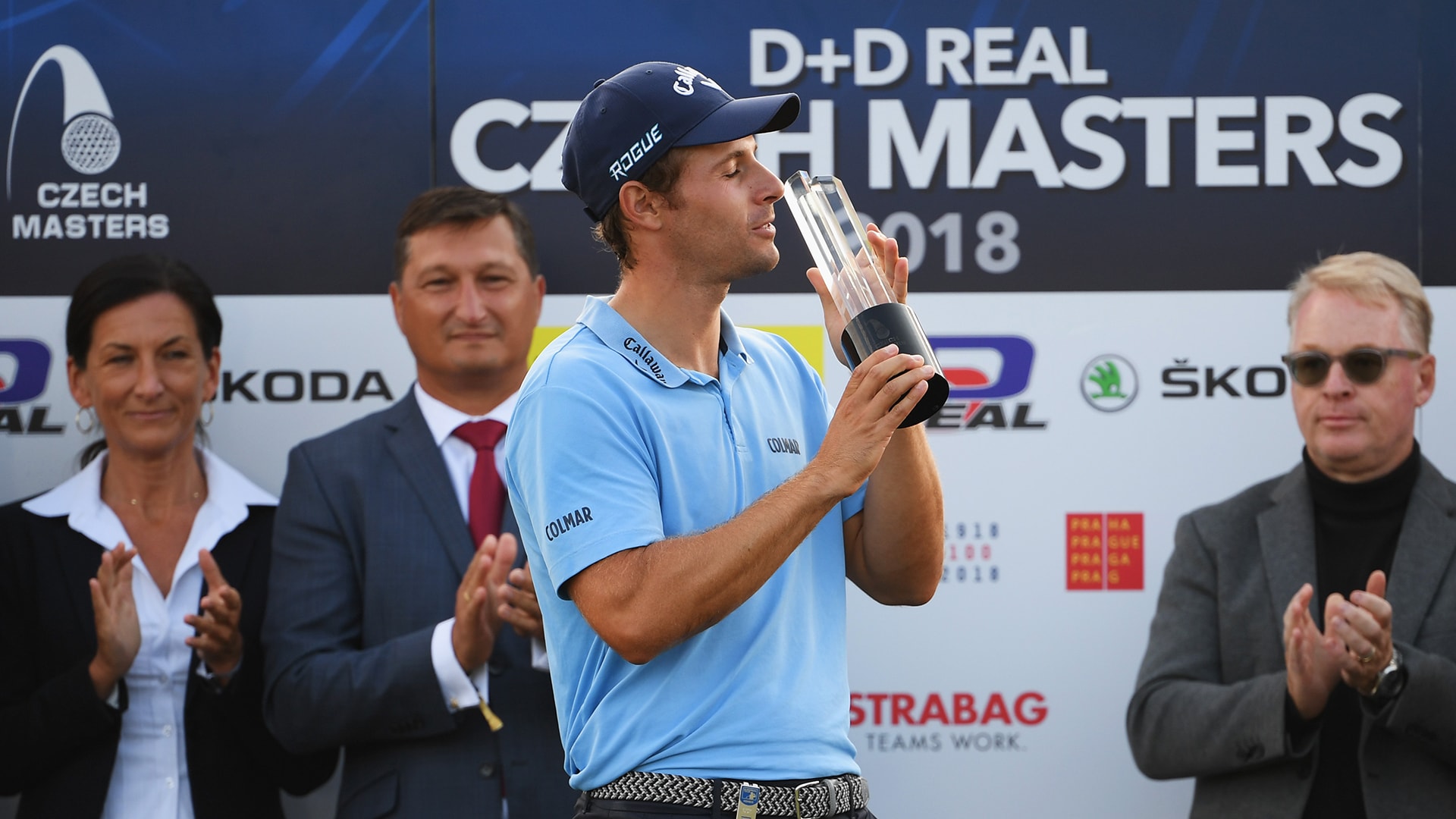 VYSOKY UJEZD, Czech Republic - Andrea Pavan produced a strong finish on the way to a 5-under 67 on Sunday to win the Czech Masters for his maiden European Tour title.

Sharing the overnight lead with three-time major champion Padraig Harrington, the Italian was two strokes off the pace when he birdied the par-4 14th to reduce Harrington's advantage to one shot and jumped into the lead with another birdie on the par-3 16th after the Irishman dropped a shot on No. 15.

Pavan then birdied No. 17 to close at 22-under 266 for a two-stroke victory over Harrington at the Albatross Golf Resort near Prague.

Harrington, who won the British Open in 2007 and 2008 and the U.S. PGA Championship in 2008, was chasing his first European Tour win since the 2016 Portugal Masters.

Gavin Green of Malaysia shot a 69 for his second top-three finish, three shots behind Harrington while Lee Slattery (68) of England and Scott Jamieson (70) of Scotland were tied for fourth another two strokes back.

Pepperell needed a win to move into an automatic qualifying place for the Ryder Cup with one event left after this week. Pieters is hoping for a wild card from captain Thomas Bjorn.