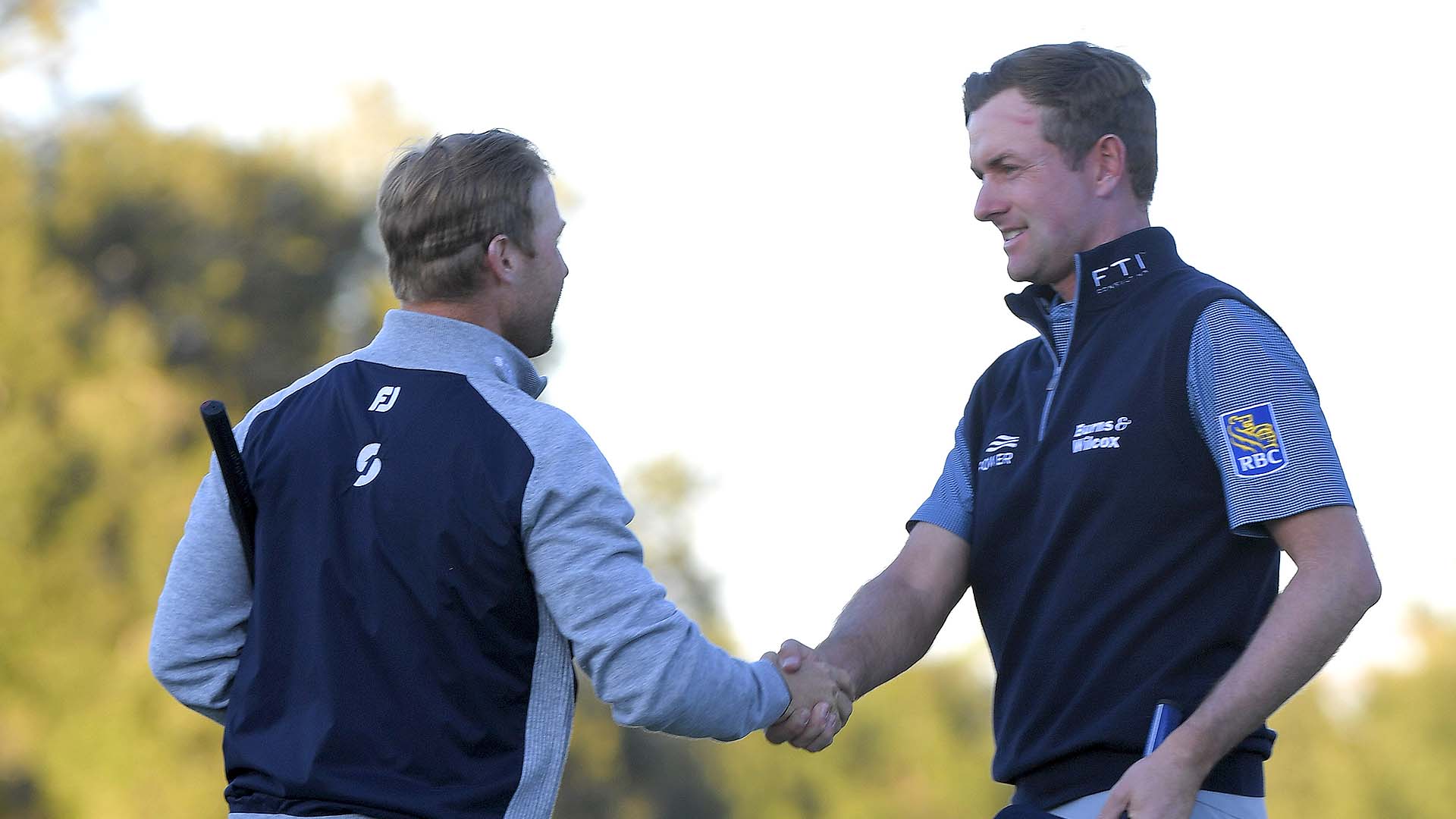 ST. SIMONS ISLAND, Ga. – For the second time at the RSM Classic, Webb Simpson played well enough to force a playoff but not earn the victory.

Simpson closed with a 67 for a 19-under total but was matched by Tyler Duncan, who won the event with a birdie at the second playoff hole.

“I know, another close call. Good for Tyler for making birdie on the last two holes in regulation and again there, so happy for him,” said Simpson, who also lost a playoff to Ben Crane in 2011 at Sea Island and finished third last year.

Despite coming up short, Simpson said his play at the RSM Classic gives him confidence going into next month’s Presidents Cup and proves that the consistency he’s been seeking continues to give him opportunities to win.

“My game is continuing to build and go in the right direction. Putting in time this fall in the gym with [caddie] Paul [Tesori], with [swing coach] Butch [Harmon] and [short game coach] Pat Goss, it's been going in the right direction for a while and looking forward to playing again soon,” he said.

Simpson missed a 28-footer in regulation at No. 18 to win the event and a 36-footer for birdie on the first playoff hole. His drive on the second extra hole (No. 18) found the left rough and his approach found a greenside bunker before Duncan won with a birdie.