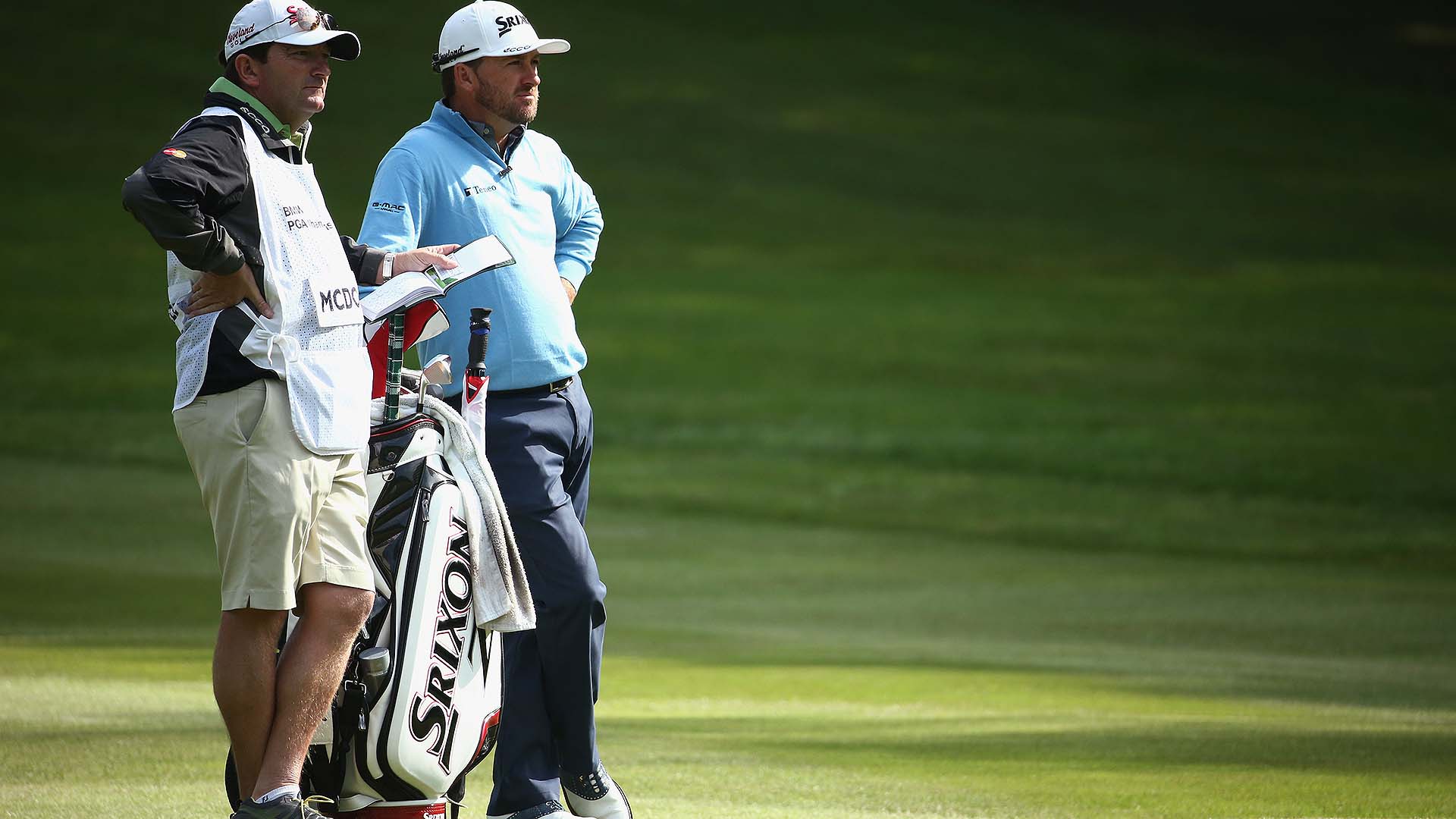 McCarthy’s penalty was rescinded, and the USGA and R&A basically suspended the new rule before issuing clarifications on Wednesday. Still, apprehension remains.

Graeme McDowell and his long-time caddie, Ken Comboy, spent a lot of time last week trying to understand the mistakes that can unintentionally lead to violations.

“We were talking about it on the range last week,” Graeme McDowell said as he prepared for the AT&T Pebble Beach Pro-Am. “Kenny has been caddying for 30 years, and he was terrified. He was quite scared of getting me penalized.

“Kenny and I have been together for 13 years, and he’s never lined me up. It’s not part of our routine, but the fear factor that comes in when you’re not trying to get any sort of advantage is difficult.”

McDowell welcomed Wednesday’s clarifications and anything that better addresses intent.

“The simpler they can make the rule the better,” McDowell said. “As long as the caddie is not back there trying to line you up in any way, shape or form, he’s just doing his job.”

The new clarifications put an emphasis on how violations should only be “deliberate” attempts to line up a player. The clarifications also cite exceptions, where a caddie may have moved behind a player for purposes other than alignment. The clarifications now allow a player to back out of the address position and re-set anywhere on the course, to avoid a penalty if there’s a question about caddie alignment. In the rule’s original wording, a re-set to avoid penalty was only allowed on the greens.

Chesson Hadley shared the fear that he and his caddie, Josh Svendsen, could inadvertently violate the alignment rule. After watching what happened to McCarthy last week, Hadley laid out his own new rule with Svendsen.

“He’s never lined me up, but I’ve pretty much told him not to be behind me at any time during a round of golf,” Hadley said.

“It’s still the same: `Don’t be behind me. Ever. Don’t walk behind me. Don’t do anything behind me.’”

Jerry Kelly wasn’t sure how simple the new simplified rules will remain.

“The new clarification convolutes the rules even more,” Jerry Kelly said. “I’m guessing it’s not the only clarification that’s going to come out of these rule changes.”

Kelly believes the clarifications are evidence it’s time for a greater philosophical change in the rules.

“It’s now time for the PGA Tour to have bifurcation,” Kelly said.