A. Jutanugarn embraces her journey to greatness 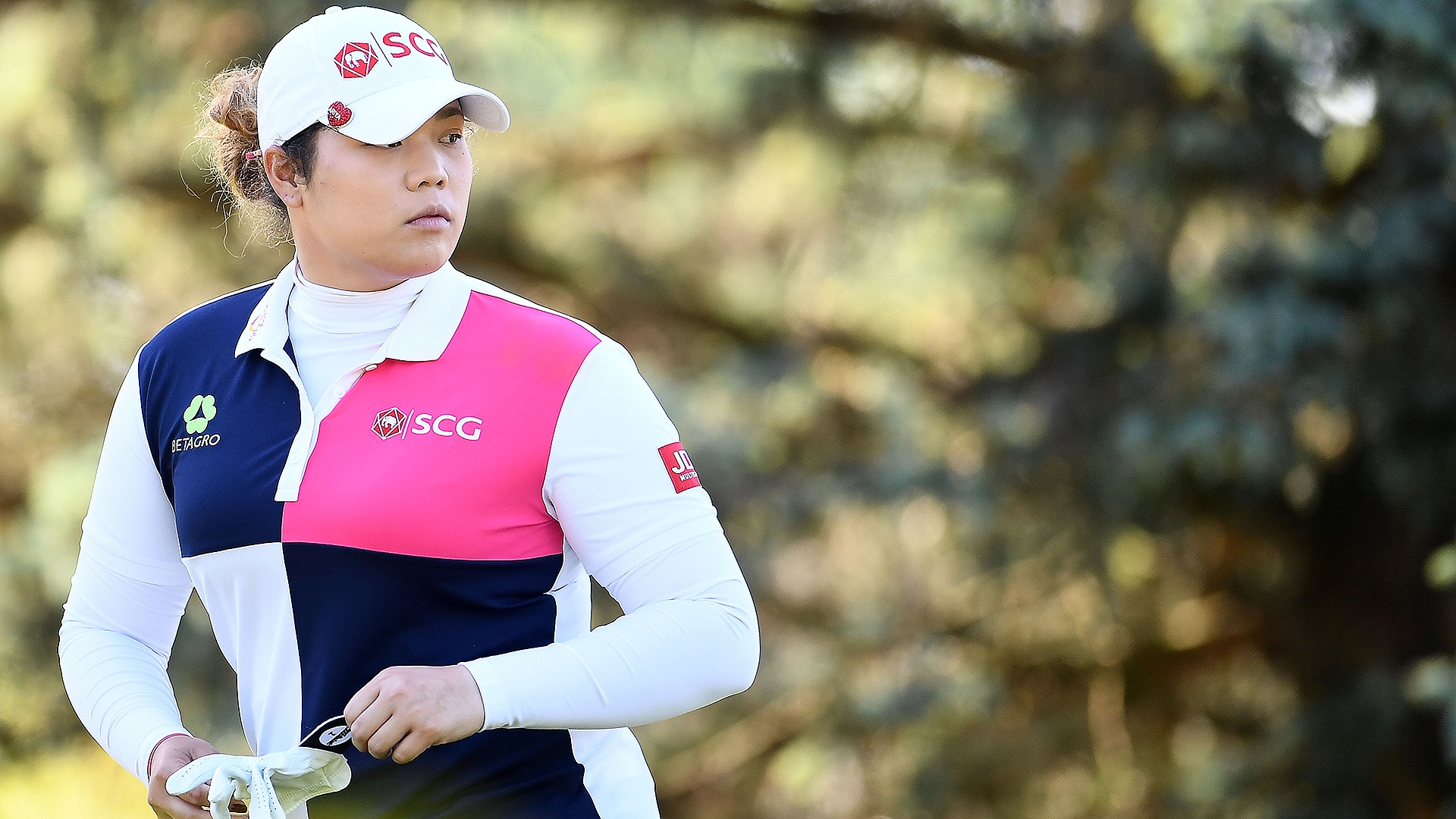 She has practically earned a doctorate in resilience in her still young career.

She will tee it up in Thursday’s start of the KPMG Women’s PGA Championship looking to win back-to-back majors after taking the U.S. Women’s Open title in a crazy finish that was a testament to her ability to soar and swoon, sometimes in the same afternoon.

Win or lose, Jutanugarn’s team of coaches is framing this week’s opportunity as another step in her education.

That’s the prism through which they want her to view any struggle she faces.

She’s all about learning now, and she’s learning quickly.

Jutanugarn demonstrated that Tuesday, when she was asked how she viewed her wild Sunday ride winning the U.S. Women’s Open, when she made the turn looking as if she were going to smash Juli Inkster’s 72-hole scoring record and then blew her seven-shot lead.

“I talked to my coaches, Pia [Nilsson] and Lynn [Marriott],” Jutanugarn said. “I feel bad, didn’t know what was going on. I didn’t feel good about that. And, actually, after our conversation, I feel really proud of myself, because I still fight all the way to the finish.

“I learned a lot. I feel like if I won by five strokes, I’m not going to learn anything.”

Jutanugarn bounced back at Shoal Creek to defeat Hyo Joo Kim in a playoff. A player who blows a lead as large as Jutanugarn did almost never goes on to win, not under major championship pressure.

“When you look at the longevity of Ariya’s career, this will be a much richer experience,” said Marriott, who teams with Nilsson at Vision 54 coaching. “It was phenomenal.”

At 22, Jutanugarn could already fill a book with lessons learned in the heights she has soared and the depths she has plunged.

She was the can’t-miss kid who at 17 blew a two-shot lead on the final hole with a triple bogey at the Honda LPGA Thailand, breaking the hearts of so many Thai fans bursting with pride around that last hole.

There was the torn labrum in her right shoulder later that year, which led to a terrible slump after her return, when she missed 10 consecutive cuts. She was lost in a free fall down the world rankings.

And there was the two-shot lead she blew with three holes to go to lose the ANA Inspiration three seasons ago.

Jutanugarn bounced back from all of those setbacks to win five times in 2016, including her first major championship title. She won the LPGA’s Rolex Player of the Year Award

Last year, she ascended to world No. 1, but she didn’t go on to dominate. There were lessons to learn in the struggles that came with her success.

“There was great discomfort with all the things that came with it,” Marriott said.

Jutanugarn struggled with the attention that a world No. 1 inherits. She didn’t embrace the ranking or the responsibilities. She didn’t carry it as if she really wanted it.

“It can be a very subconscious thing,” Marriott said. “If we don’t want to be in a situation, we will create things to make sure we aren’t in that situation.”

So this learning model was hatched, this approach that made Jutanugarn’s work geared more toward an “education” than a destination.

Jutanugarn has another chance to regain the Rolex world No. 1 ranking this week. She moved back up to No. 2 after winning twice in the last six weeks. She can overtake Inbee Park with a victory this week, or even a second-place finish, depending on what Park does.

Swing coach Gary Gilchrist sees how Jutanugarn’s focus on life as learning is preparing her to handle the challenges that come with dominating.

“Before, it was intimidating to her,” said Gary Gilchrist, her swing coach. “But I think she is learning, and she is becoming more comfortable with all that comes with being dominant.”

This one was completely Jutanugarn’s doing.

After winning the U.S. Women’s Open, Jutanugarn said she wanted to become No. 1 again, “to inspire all the kids in Thailand.” She took on that mission in a special new way, long before heading to Shoal Creek. She sees golf serving her higher purpose.

Jutanugarn supports more than one children’s charity, but she has a special interest in the school that Betagro, one of her sponsors, supports in Thailand.

“We keep encouraging her,” Marriott said. “When there’s a challenge, we ask her, `How would you want these kids to deal with adversity?”

On Tuesday, Jutanugarn was scheduled to go to the Women’s PGA media center for a news conference. She wanted to cancel. She wanted to focus more on her preparation.

Nilsson and Marriott explained why it was important she meet with the media, and it ended up being one of Jutanugarn’s best news conferences.

“We see her being so much more comfortable now than she was at this time last year, when she was No. 1,” Marriott said.

With a big week, Jutanugarn could leave the Women’s PGA Championship carrying the No. 1 ranking again. Her team believes it will be less a burden and more an opportunity this time around.