Armed with a little advice from Butch Harmon and lots of practice, Rory McIlroy fires 64 in Abu Dhabi 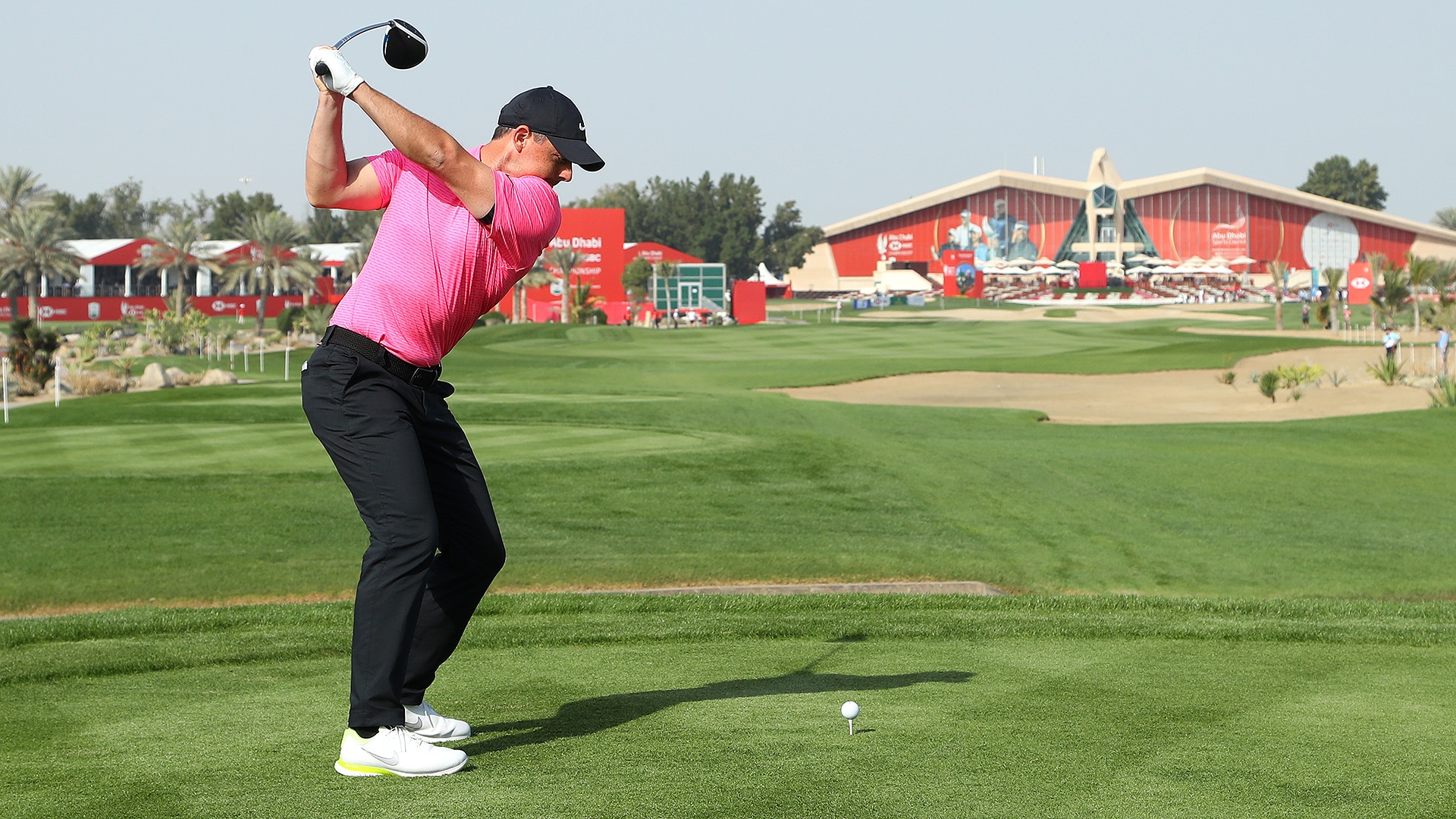 Struggling to reignite his game throughout the summer, Rory McIlroy actually felt disappointed that his year ended at the Masters.

“I felt like I was getting right back into it,” he said.

One of the hottest players in the game before the shutdown, McIlroy needed nine events post-restart to earn his first top-10 finish. He found something at the BMW Championship (T-12), contended throughout the U.S. Open (T-8) and played three strong rounds at Augusta National, tying for fifth.

Following the Masters, he took off only three or four days, wanting to keep his improved form going. He played and practiced throughout the holidays, and he showed up this week at the Abu Dhabi HSBC Championship as prepared as ever.

“I felt maybe as sharp as I’ve ever done coming into the start of the season,” he said.

That much was on display Thursday, as he fired a bogey-free 64 at Abu Dhabi Golf Club, his best-ever score there. Historically a strong starter, with 11 career top-5 finishes in his first start of the new year, McIlroy is staked to an early one-shot lead over Tyrrell Hatton.

At least part of McIlroy’s turnaround can be attributed to some work with his swing.

Unable to see longtime coach Michael Bannon throughout much of 2020 because of COVID-19 travel restrictions, McIlroy took advantage of playing the CJ Cup in Las Vegas to see Butch Harmon, just as Jordan Spieth did in a move that generated far more chatter online. (Said Harmon on SiriusXM of his session with Spieth: “All I did was give him my opinion, which a lot of guys come for.”) McIlroy and Harmon have also exchanged a few texts and videos over the past few months, Harmon told Sky Sports’ Tim Barter.

“The one thing I love about Butch is that he’s worked with so many players,” McIlroy said Thursday. “If you’re trying to explain to him, look, I’m trying to do this or trying to create that feeling, the database of players that he’s worked with over the years – he can say, Freddie Couples felt this, or Tiger [Woods] did this, or [Dustin Johnson] felt that. It’s always nice to have that reference.”

McIlroy was able to work with Bannon in South Florida a week before Christmas, and his coach is in Abu Dhabi again this week for McIlroy’s 2021 debut.

“We’ve started to see a lot more of each other, and that’s been great as well,” McIlroy said. “Michael knows my swing better than anyone knows it, inside out. It’s great to have him here, and it’s great that things are slowly getting back to normal where I’ll be able to see him more regularly this year. I think that’ll really help.”

Playing his first competitive round in nine weeks, this was the 10th time in McIlroy’s career that he’s shot 66 or better in Abu Dhabi.

“Obviously it was a lovely way to start the year,” he said.