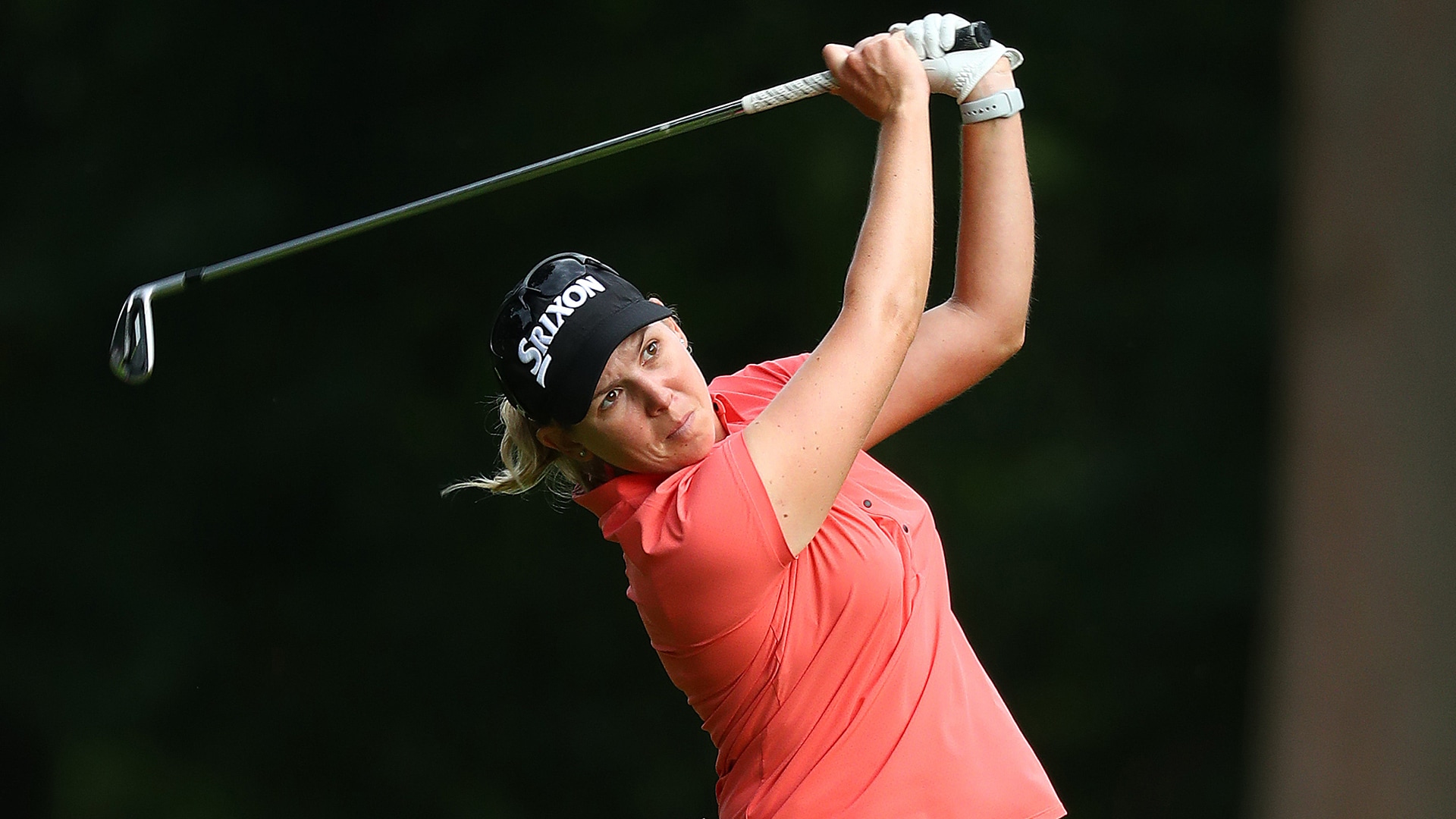 MILTON KEYNES, England – Ashleigh Buhai stretched her surprise lead at the Women's British Open to three shots, shooting a bogey-free 5-under 67 in Friday's second round.

Buhai, who has never won on the LPGA, birdied four of the final eight holes to post 12-under 132. The 30-year-old's best previous British Open finish was a tie for 30th in 2017.

Alone in second at 9 under was 20-year-old Hinako Shibuno, a rookie on the Japan LPGA Tour who is making her LPGA and major championship debut.

Shibuno, who shot 66 on Thursday, had a 69 on Friday and wowed spectators at Woburn Golf Club with her fearless play. She led for much of the afternoon before Buhai overtook her. Shibuno has two victories in Japan this year and is ranked 46th in the world.

Lizette Salas was third at 8 under. She birdied the first four holes en route to a bogey-free 67.

Bronte Law, the top-ranked English player at No. 19, also shot 67 and was four shots back alongside Celine Boutier, second-ranked Sung Hyun Park, Caroline Masson and local favorite Charley Hull, who is playing on her home course. Boutier had the day's lowest round at 66.

Danielle Kang had a disappointing 72 and was six shots back. Defending champion Georgia Hall was also 6 under after a 69, along with Ariya Jutanugarn (70), Carlota Ciganda (69) and top-ranked Jin Young Ko, who was frustrated after a 70. Ko is seeking her third major title of the year after winning last week's Evian Championship in France.