Austen Truslow stressed atop KFT leaderboard? 'I kind of like it' 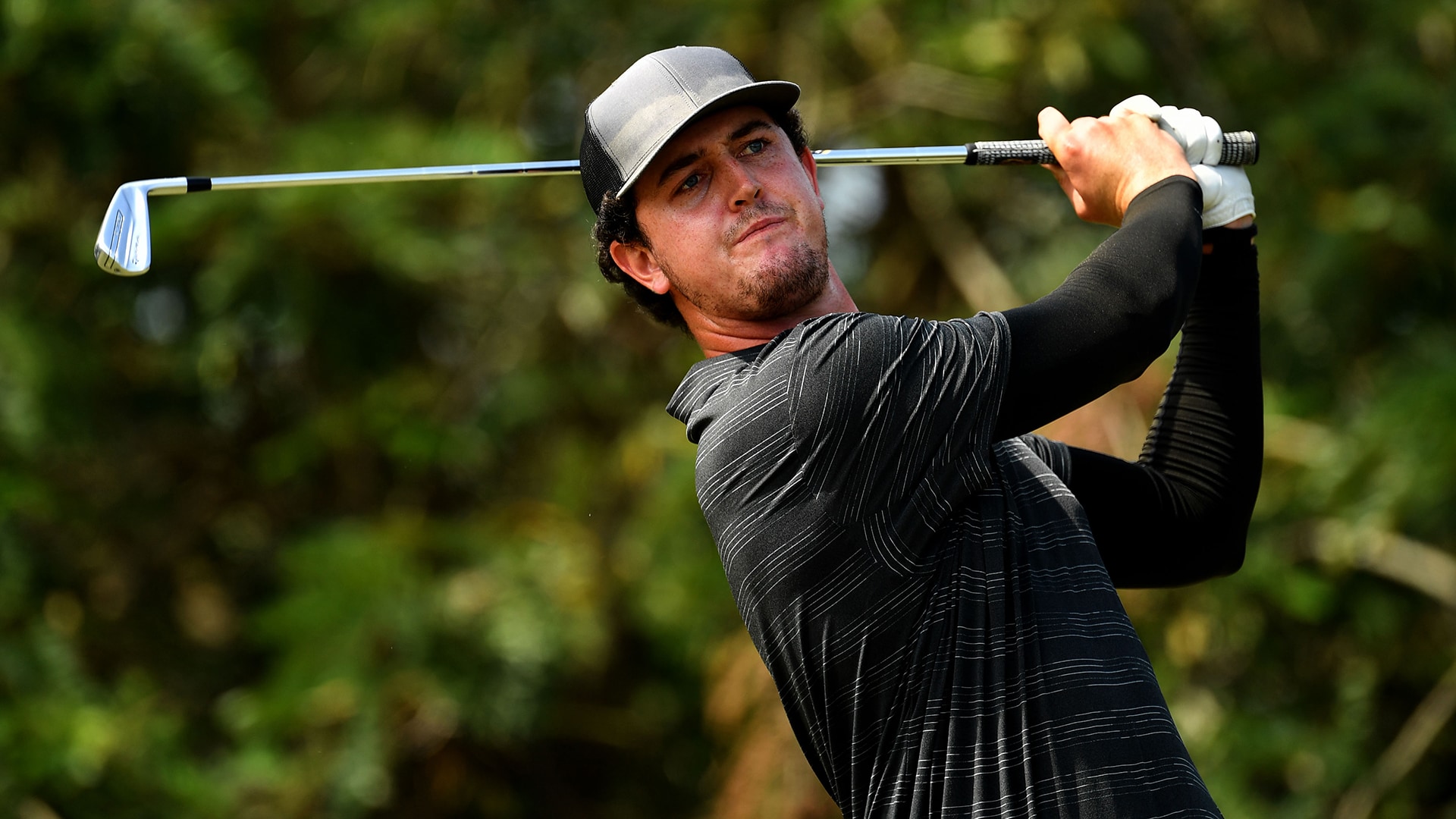 Truslow carded six birdies as part of a 5-under 67 Friday. At 11 under, he and Paul Barjon top a leaderboard that also includes three players tied for second at 9 under – Lee Hodges, Brett Coletta and Roberto Diaz.

“This is the first time I’ve been in contention on the Korn Ferry Tour,” said Truslow, who lives in Orlando, Florida. “It’s pretty exciting.”

Truslow was once a highly ranked recruit but left Virginia after just one semester, deciding to return home and enroll at Rollins College, though he didn't play golf there. He turned pro in 2015 and had difficulty finding status, grinding in mini-tour events, Monday qualifiers and Q-Schools.

“Didn’t get through every Q-School I played for four or five years,” said Truslow, who finally earned conditional status on the Korn Ferry Tour at Q-School last winter.

Truslow didn’t compete in a world-ranked event until last year, when he spent most of his time bouncing among tours in Asia and Europe with a few PGA Tour starts sprinkled in. His third-place finish on the Asian Development Tour in April 2019 and a T-10 showing at last year’s Puerto Rico Open remain his only career top-10s as a pro.

“I felt like my game was good when I graduated high school and that I could play with the pros,” Truslow said. “But I wasn’t ready. I thought I was ready, but in these last six years I’ve learned so much about myself and about the game.”

Truslow began this season on the Korn Ferry Tour with a T-34 finish in Panama before missing four straight cuts. He is No. 172 in points, though a win Sunday would bump him to 15th.

“I’ve won a bunch of mini-tour events, even this year, so it’s not like I haven’t been in contention to win a tournament, but this is different,” Truslow said. “I definitely have more pressure on me than I normally do. But I think that I’d be in the wrong profession if I didn’t welcome this stress. I stress myself out a lot, and I think I kind of like it. I don’t know, it just keeps me alive. I’ll enjoy this weekend.”