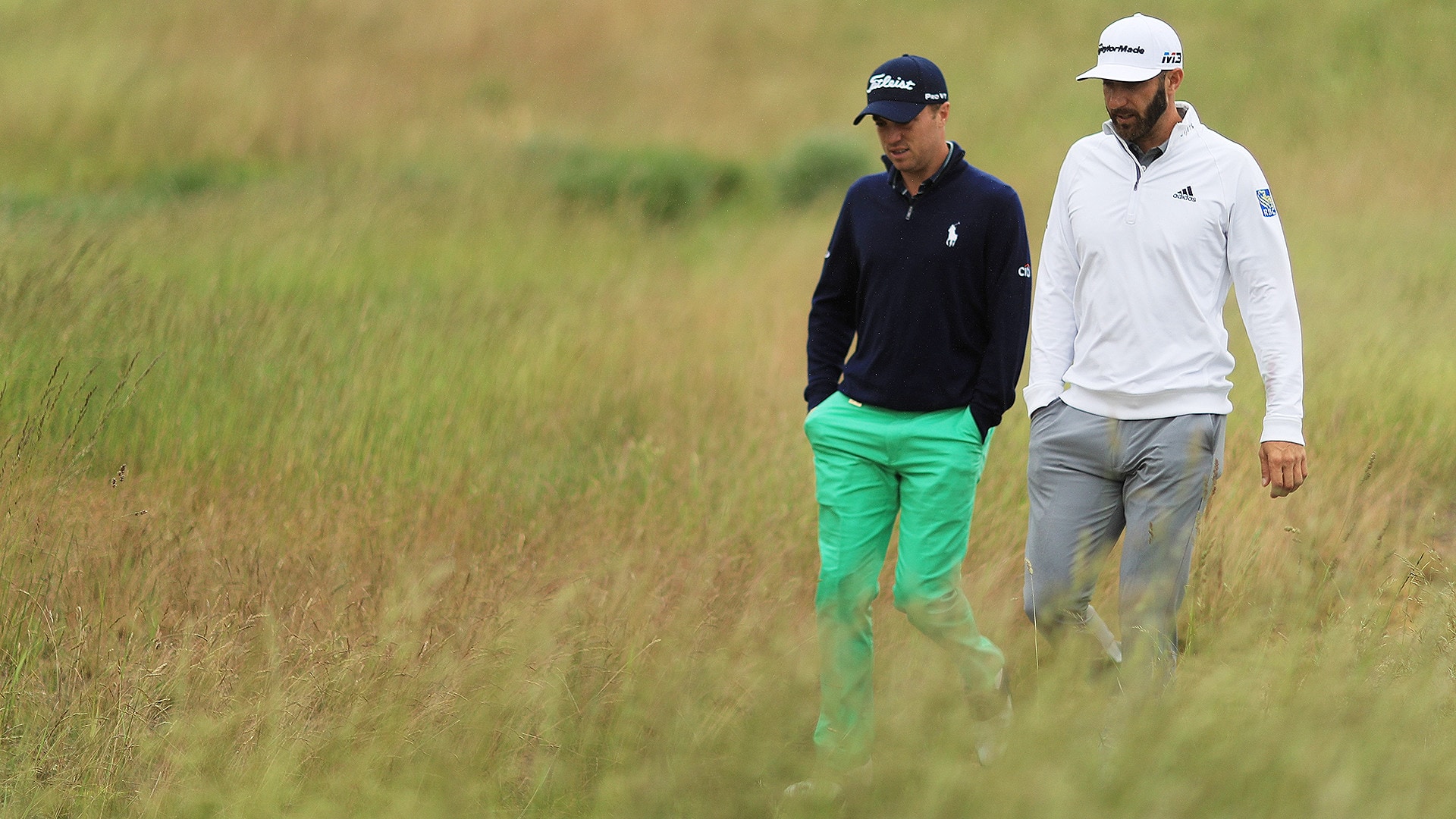 SOUTHAMPTON, N.Y. – Justin Thomas knows the tall task ahead of him over the weekend here at the U.S. Open.

He just played alongside the leader.

In a group that included the top two players in the world, Thomas watched as Dustin Johnson put on a clinic over two days at Shinnecock Hills. Johnson carded back-to-back rounds in the 60s to take a commanding lead at 4-under 136 – eight shots better than Thomas.

To catch him, Thomas said he needs to shore up his ball-striking. Normally one of his strengths, he’s in the middle of the field in both fairways hit and greens in regulation through two rounds. After lunch Friday, he headed to the range with Mike Thomas, his father and swing coach, to sort out his issues.

“I definitely didn’t play my best,” he said. “But even par around here without having your best stuff is definitely more of a position than a negative.”

Thomas said he’s hoping for more wind and tougher conditions on the weekend, so he has a better chance of making up ground on the field, but the wind isn’t expected to blow nearly as hard as Thursday.