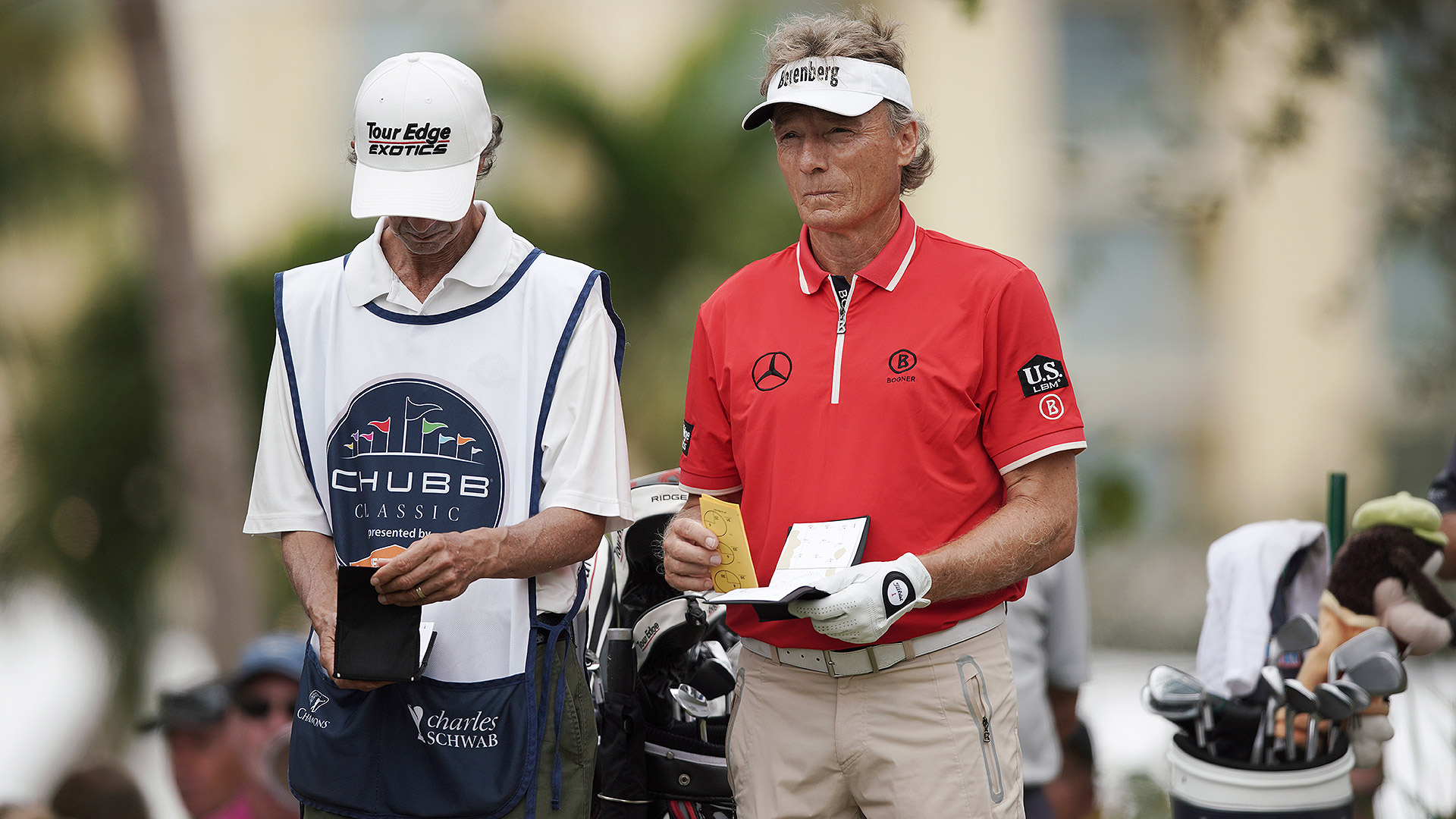 “It was a little more up and down,” Langer said. “Yesterday, I had a very clean card, no bogeys. Today, I had seven birdies, but also three bogeys. I felt it was a little tougher today. Different wind direction, and stronger wind as well.”

Scott Parel (64), Retief Goosen (67) and Tim Petrovic (68) were tied for second in the PGA Tour Champions’ first full-field tournament of the year.

Langer won the event – in its 35th season, the longest-running PGA Tour Champions tournament in the same city – in 2011 at The Quarry and 2013 and 2016 at TwinEagles. The two-time Masters champion has 42 victories on the 50-and-over tour and has won six Charles Schwab Cup season points titles.

“Going to have to play another solid round tomorrow or even better to lift the trophy,” Langer said. “Keep the ball in play, keep it out of trouble, and hopefully make a few putts. That always helps.”

“It’s nice to have a two-shot lead, not a one-shot lead,” Langer said. “It’s nice to make a putt and finish the day well and give the people something to cheer about, too.”

“Well, tomorrow is going to be another different wind,” Goosen said. “We’ve had southwest. Today was northwest. Tomorrow, I think is back to south or southwest. So the course plays a little differently every day.

“It’s one of those courses, if you strike it well you got birdie chances,” Goosen said. “A lot of the holes you can hit short irons in. And get a hot putter, you can shoot a low one.”

“I love it,” Parel said about playing alongside Langer on Sunday. “He’s unbelievable. I saw him yesterday. I’m like, ‘I’m glad you’re shooting your age and not my age, because then we would have no chance.’ No, I like playing with Bernhard. Obviously, he’s a special golfer and a better person than he is golfer.”

Steve Stricker, the winner last year, was unable to defend as he tries to regain strength from a virus that hospitalized him late last year.

Miguel Angel Jimenez, the 2019 champion at The Classics at Lely Resort who opened the season last month in Hawaii with a victory in the Mitsubishi Electric Championship, had a 70 to get to 3 under.

Jim Furyk shot his second straight 71. He had a triple-bogey 7 on No. 3 and rallied with birdies on three of the last four.

Padraig Harrington was 5 over after a 72 in his third Champions start. David Duval, making his second senior start, followed an opening 80 with a 75.