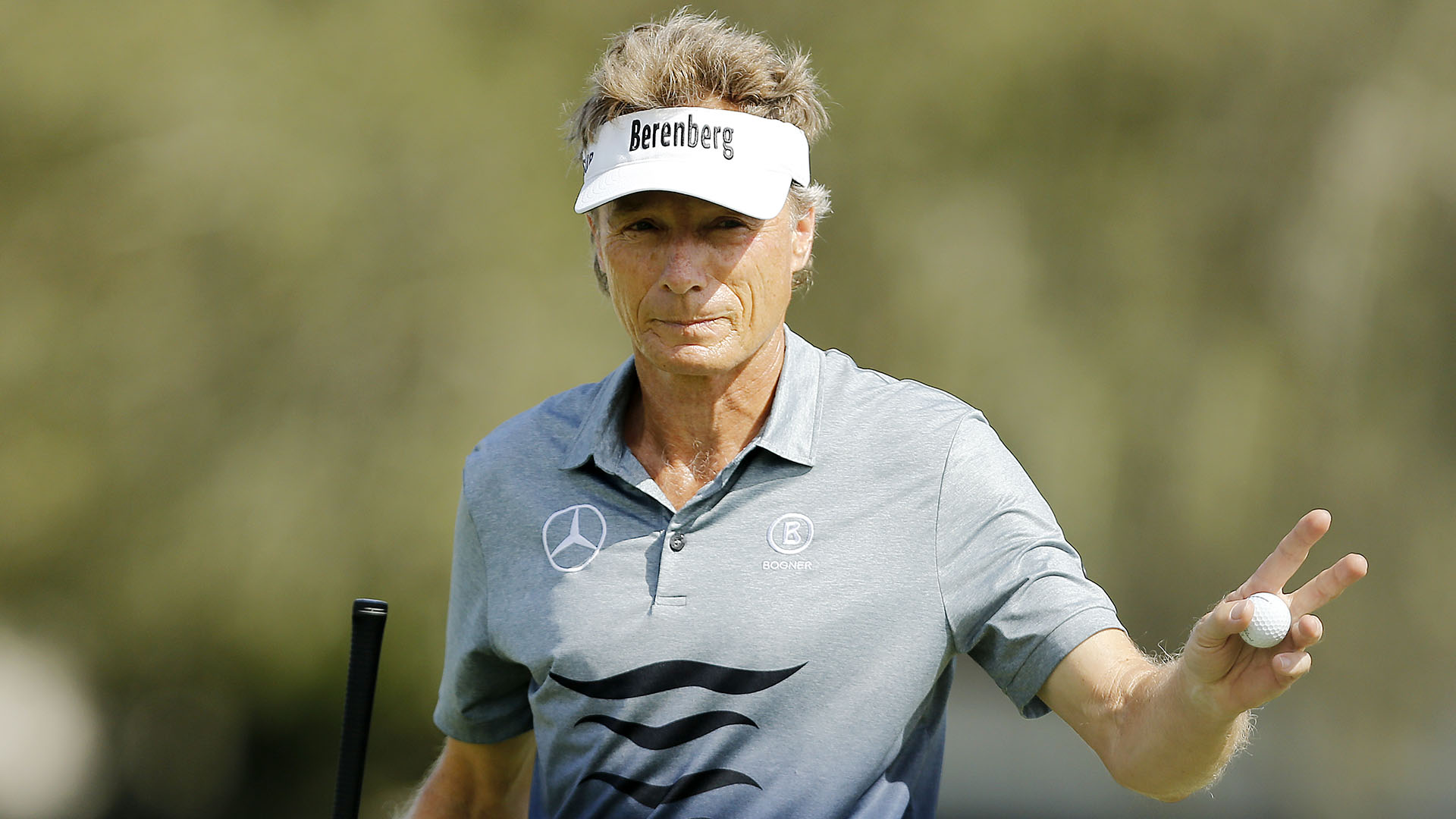 BOCA RATON, Fla. -- Bernhard Langer made himself right at home in the Oasis Championship.

"There's many things to celebrate," Langer said. "It means a great deal to win in front of your home crowd, your family, your friends. Winning at home is always extremely special, no doubt about it. It made it more special having my first win with my daughter Jackie, who's only caddied three times for me."

Langer moved within six of Irwin's tour victory record and won in his 13th straight season to extend his record.

"The key to success is a lot of things," Langer said. "You've got to be healthy, otherwise you can't play, and a lot of guys at age 61 aren't healthy anymore. They had this operation or that operation or a knee replacement or a hip replacement or whatever it may be. So I've been fortunate enough not to have any major surgeries so far besides my thumb in 2011, so that's key."

Langer birdied five of the first seven holes in a bogey-free round.

"One of my best starts ever, probably," Langer said. "And in these conditions, as windy as it was today, it was really, really good. I was very pleased with the way my short game held up. I putted really good, because sometimes with the long putter it's even harder in windy conditions. But I read the greens well, my speed was good and I was fortunate enough to make a whole bunch of them."

He also won the 2010 event and finished second last year.

Marco Dawson was second after a 69.

Retief Goosen (72) tied for 24th at 6 under in his senior debut. Gary Nicklaus, also making his first tour start, had a 73 to tie for 51st at 1 over. The 50-year-old son of Jack Nicklaus played on a sponsor exemption.