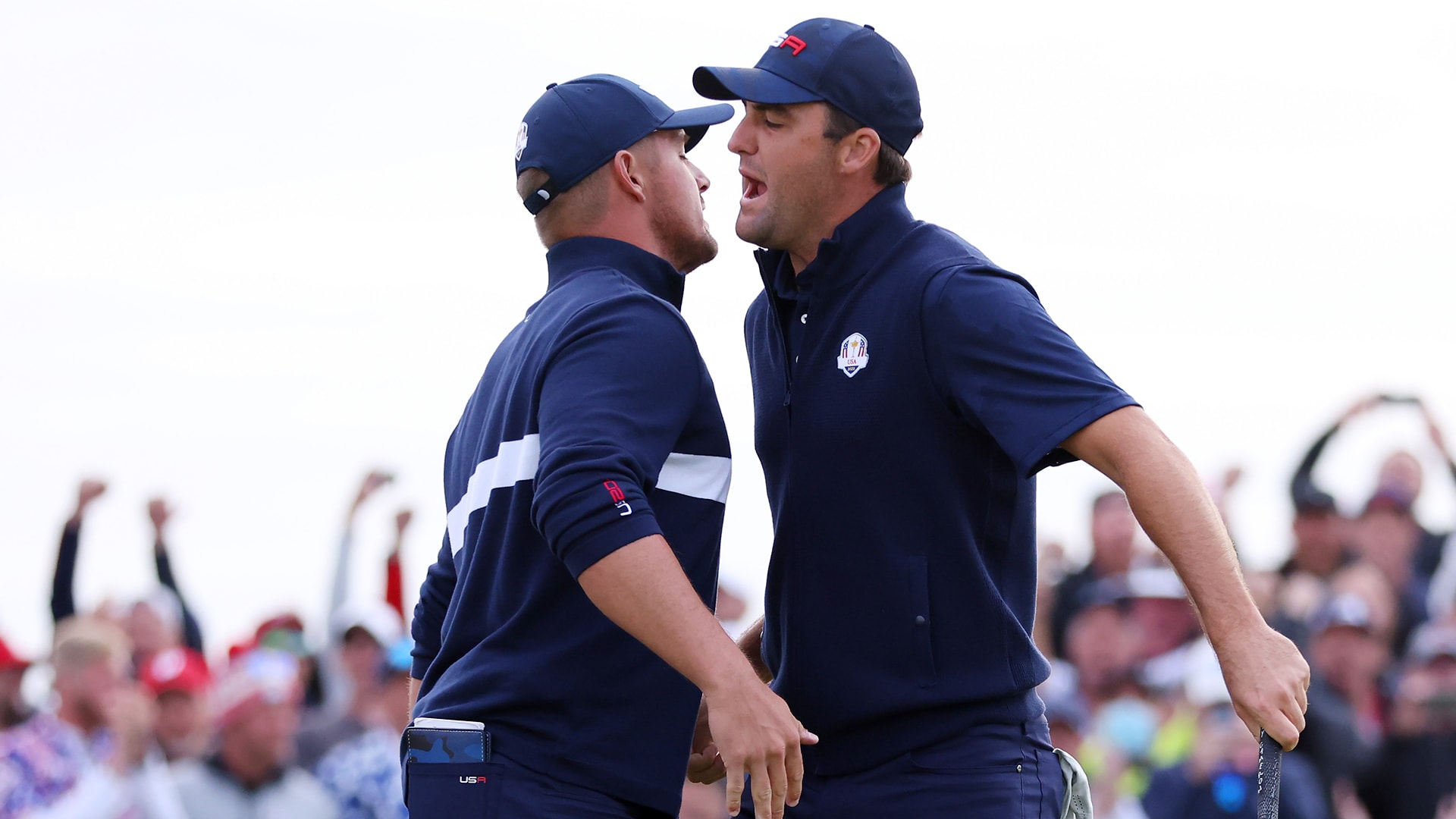 SHEBOYGAN, Wis. – At 6-foot-3, 200 pounds, Scottie Scheffler is not your average PGA Tour pro, but he’s also not Bryson DeChambeau, the outsized enigma who has famously bulked up in recent years.

Locked in a tied match with Tommy Fleetwood and Viktor Hovland late Saturday at the Ryder Cup, Scheffler ignited the partisan crowd with a 16-footer for birdie at the 15th hole and roared across the green in DeChambeau’s direction before the two crashed into each other with a chest bump that would be more at home on Sunday in the NFL.

“What do you weigh?” Scheffler asked DeChambeau. “He’s only got 20 pounds on me.”

DeChambeau and Scheffler rolled to a 3-and-1 victory for a 2-2 split in the afternoon fourball session and a commanding 11-5 lead heading into Sunday singles.

For Scheffler, a Ryder Cup rookie, the entire experience is new, but for DeChambeau, who failed to win even a half-point in his first Ryder Cup in 2018, Whistling Straits has been an entirely new experience.

“It's fun and stressful. I'm trying to definitely have as much fun as I can,” DeChambeau said. “Having Scottie by myself has made it a little easier in certain situations which is awesome and he always keeps it light and he's been a big testament to that this week, playing with him and having that good-minded spirit around all the time.”