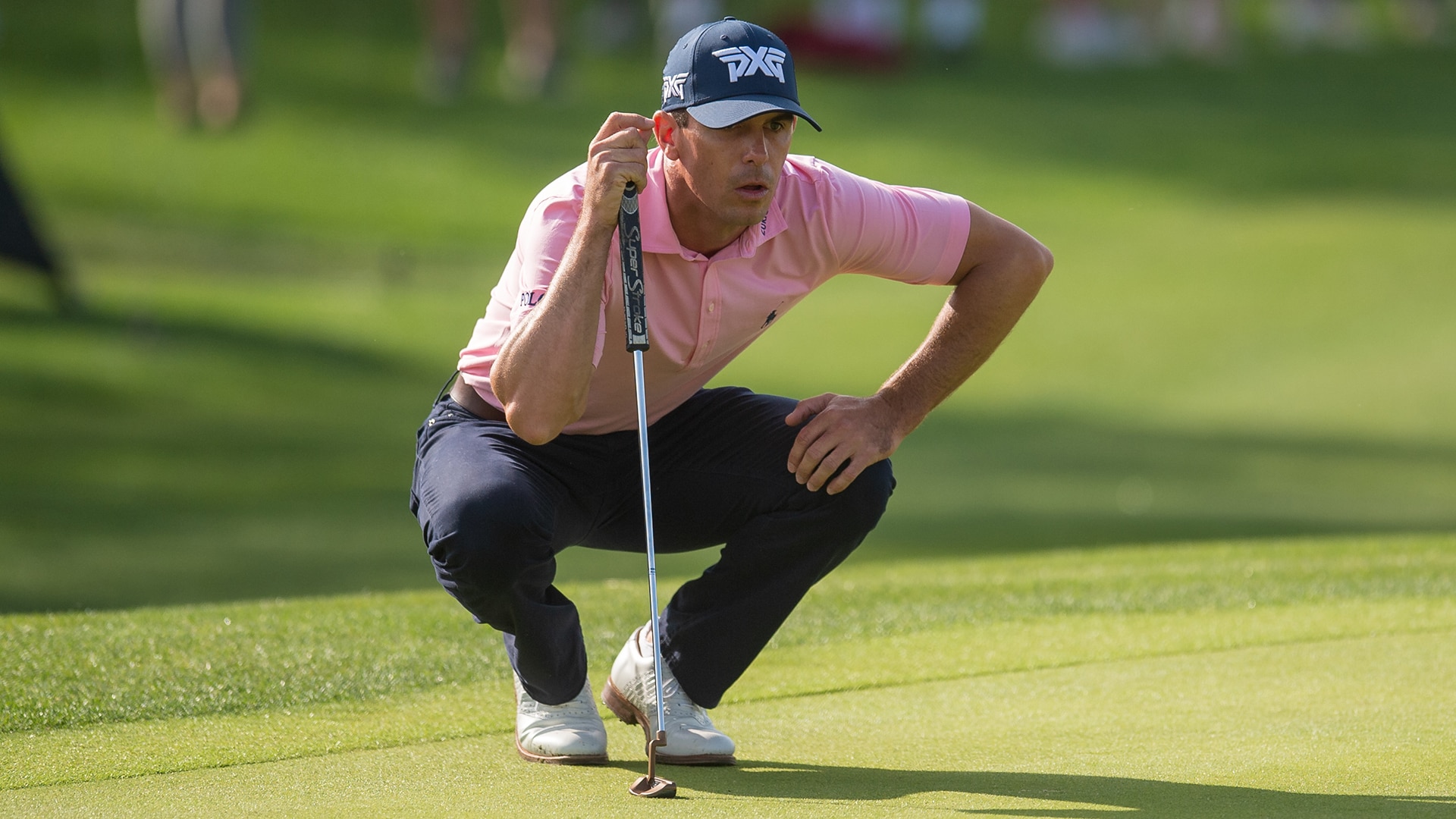 SCOTTSDALE, Ariz. – Billy Horschel appears in position to finally contend at the Waste Management Phoenix Open, and he has exactly one club to thank for his sudden success.

Horschel has been a mainstay at this event, and this week marks his eighth straight trip to TPC Scottsdale. But he’s cracked the top 20 only once, that coming in his 2013 debut when he tied for 11th.

“I love this event. It’s always an event that I want to play really well in,” Horschel said. “I’ve probably put too much pressure on myself over the last couple years to try, and today I just woke up with a sense of calm and ease and it was like, whatever happens today happens.”

That pervading calm manifested into made putts Thursday, as Horschel went lights-out on the greens. He led the field in strokes gained: putting, picking up more than five strokes on the field, and he holed nearly 196 feet worth of putts including four putts from outside 25 feet. It all added up to an 8-under 63, and left the veteran alone in second, two shots off the lead of Wyndham Clark.

“I’m a really good putter, and then when I’m starting to roll putts from 25-plus feet in, it’s an added bonus. And that’s what I did well today,” Horschel said. “I hit some really good shots when I needed to and took advantage.”

Horschel has struggled out of the gate in the new year, missing the cut in Palm Springs and tying for 68th last week in San Diego. But Thursday, he opened with three birdies over his first six holes, and his bogey-free effort included an eagle on the par-5 third. Thanks in large part to a red-hot putter, he appears ready to contend for what could be his third top-10 finish of the young season.

“The hole doesn’t look bigger. I think what happens is I just see a line or I see a track towards the hole, really more defined, and so then the goal is just hit it with the right speed,” Horschel said. “And I feel like if it gets around the hole, the ball’s going to find some way to go in the hole.”