Horschel makes sure to close out match on Day 2 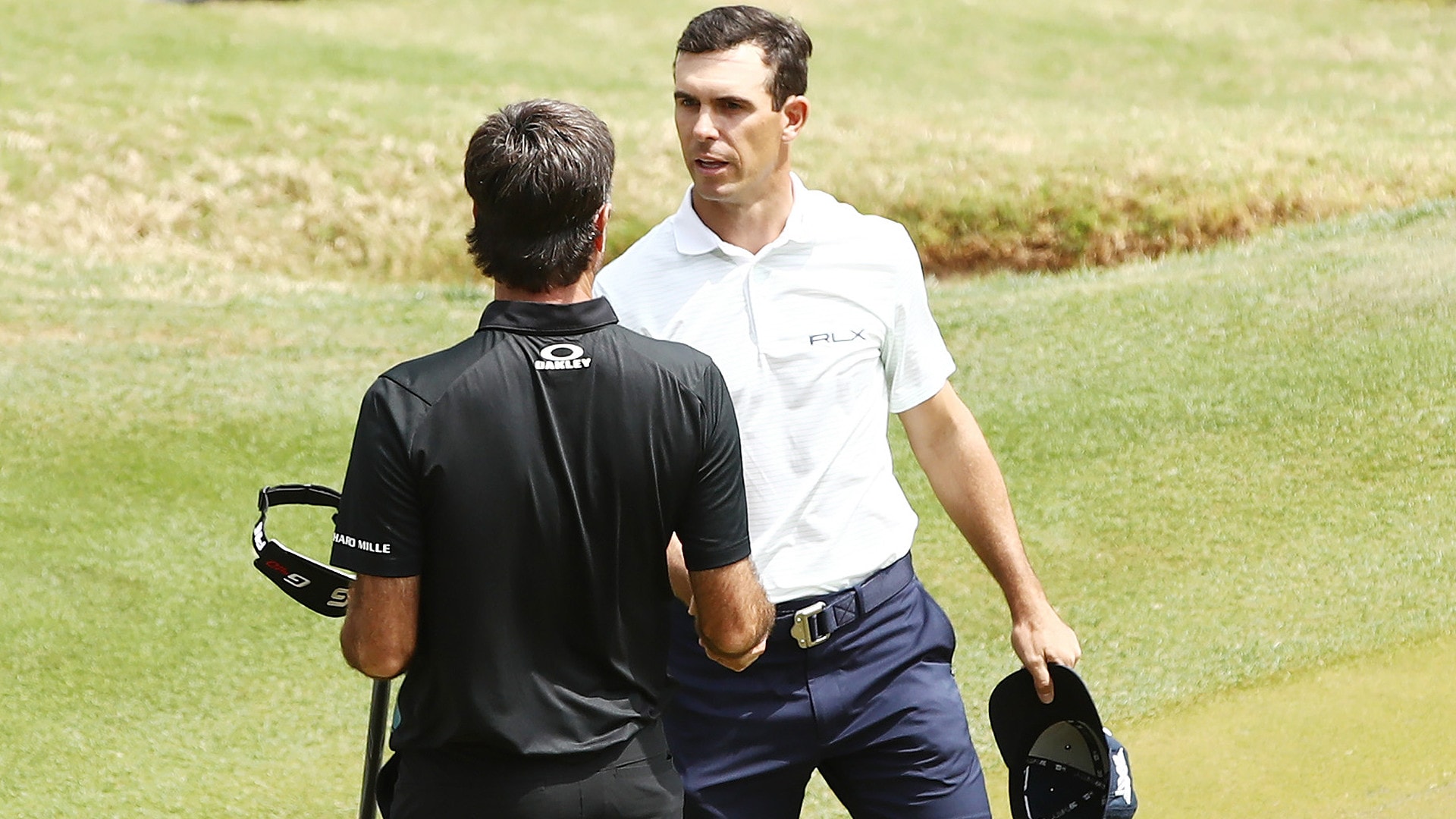 AUSTIN, Texas – The fickle nature of match play can give players nightmares.

Consider Billy Horschel’s Day 1 bout against Jordan Spieth at the WGC-Dell Technologies Match Play as the ultimate example of this. After going 3 up through six holes, by the time Horschel arrived at the 16th tee he was still 2 up and cruising. He then bogeyed the 16th hole and Spieth birdied his final two holes for a tie.

Now fast forward to Thursday’s match when Horschel stepped to the same 16th tee with a 2-up lead against Bubba Watson.

“I hit a bad putt on 16 yesterday, it was (as) simple as that,” Horschel said. “I have that [birdie] putt I'm looking at, I'm like, ‘I've got to make it.’ I don't want to give Bubba a chance to make his where we could go back to the situation with Jordan. And it was good to make it. I just put pressure on Bubba to have to extend the match.”

Horschel rolled in his 12-footer for birdie at No. 16 and closed out the match with a par at the 17th hole for a 2-and-1 victory to keep his chances of advancing to the weekend alive.

“I pretty much knew, after I made that putt [on No. 16], the match is over,” Horschel said. “I'm not going to lose it again. I wasn't going to halve my match if I made that birdie.”