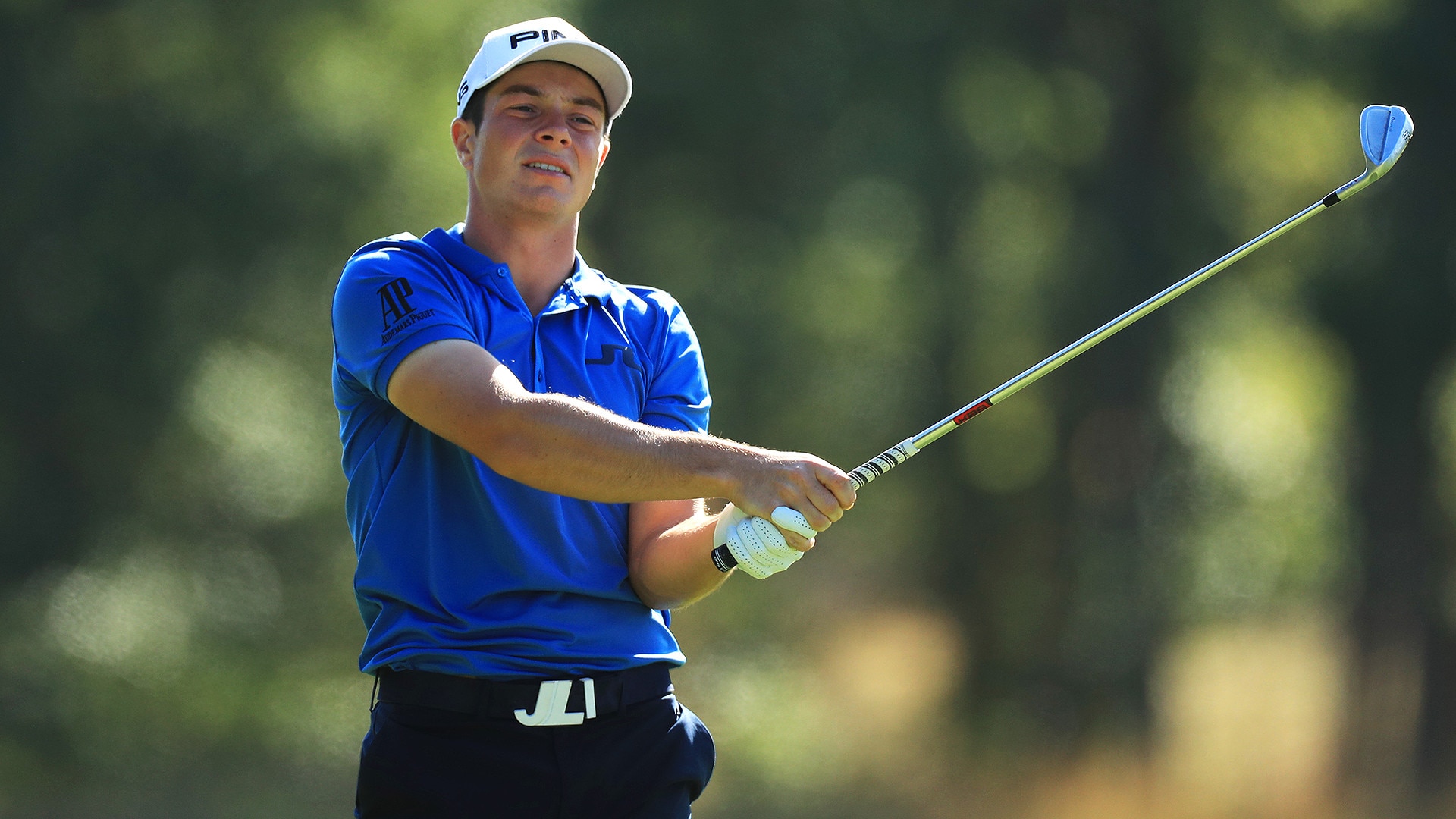 VIRGINIA WATER, England – For young Viktor Hovland the storybook start to his professional career continued on Thursday at the BMW PGA Championship. His opening 69 at Wentworth is his 18th consecutive round in the 60s on the PGA Tour and European Tour.

Hovland tied the PGA Tour record for consecutive rounds in the 60s at last week’s Military Tribute at The Greenbrier with a closing 64, and he birdied the last two holes on Day 1 on the West Course to keep the momentum going.

Following his opening round, the 22-year-old rookie was asked if the streak was on his mind.

“Not really,” said Hovland, who pointed out that at last month’s Nationwide Children’s Hospital Championship on the Korn Ferry Tour he posted two rounds in the 70s. “I don't think people noticed that. So, the streak isn't maybe as long as people think it is. But no, I didn't really think about that.”

Hovland had plenty of other reasons to focus on Thursday, including his pairing with next year’s European Ryder Cup captain Padraig Harrington.

“It's cool to be playing in front of them," said Hovland, who was tied for sixth place when he completed his round. "Thankfully I made some birdies today, and I just want to keep that up."