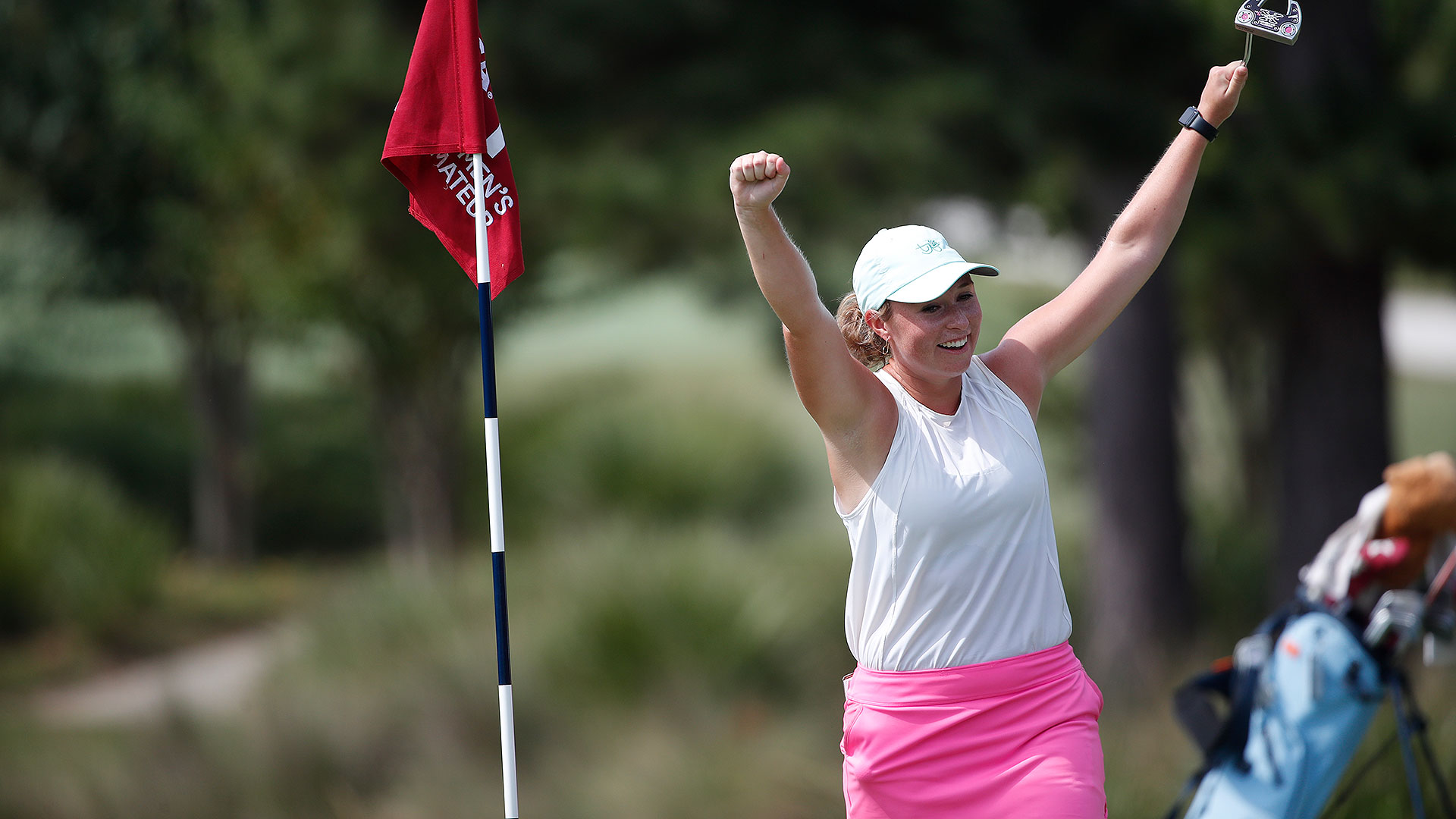 BLUFFTON, S.C. – Blakesly Brock won six straight holes in the middle of the championship match Thursday and sailed to a 5-and-4 victory over Aliea Clark to win the U.S. Women’s Mid-Amateur.

Brock had to go 19 holes in her previous three rounds at Berkeley Hall Club. That wasn’t the case when it mattered. She was 1 down to Clark after a bogey on the sixth hole when Brock made her big run and was 5 up through 12 holes.

Clark, a San Diego native in graduate school at New York University, was trying to become the first player with the No. 64 seed to win.

The victory over Brock, who played college golf at Tennessee, earns her a spot in the U.S. Women’s Open next year at Pine Needles and makes her exempt from qualifying for the next two U.S. Women’s Amateurs.

After losing in the championship match a year ago, Margaret Shirley exacted some revenge by defeating Julia Potter to claim the U.S. Women's Mid-Amateur title.