Blazing start, brilliant finish put McIlroy one off the lead at WGC-HSBC Champions 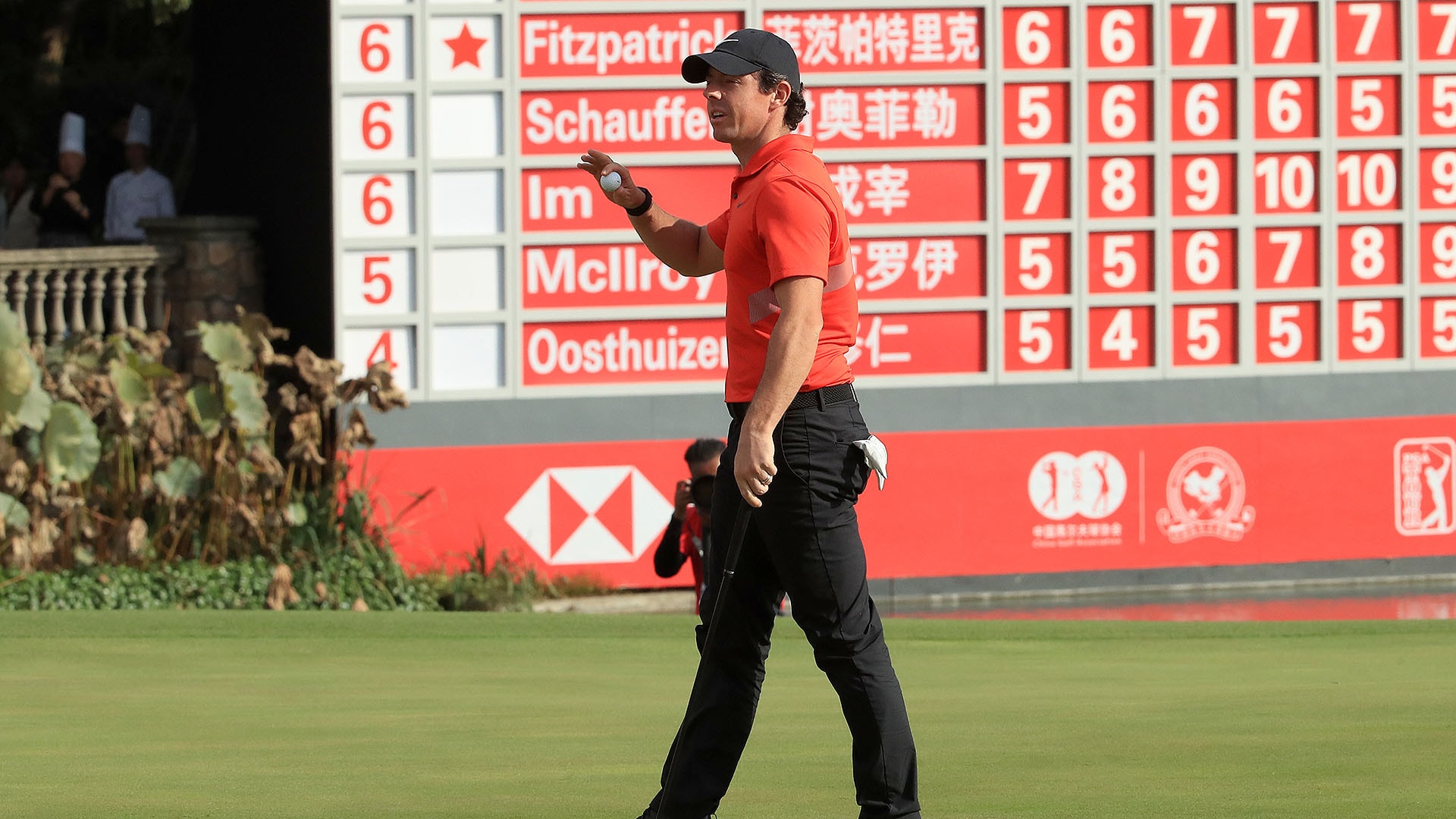 Rory McIlroy was rolling in Round 2 of the WGC-HSBC Champions. He had just birdied the par-4 fifth to grab the outright lead at Sheshan International Golf Club and added another at the par-3 sixth – his fourth consecutive birdie – to move two clear.

And then he hit the brakes. Or, more appropriately, he started to go awry.

McIlroy made only one birdie over an 11-hole stretch, compared to two bogeys, and found himself three off the pace with one hole to play. Thankfully that final hole is a par 5.

McIlroy laced two big shots and converted a 3-foot eagle putt to wrap up a second consecutive 5-under 67. At 10 under par, he is one behind leader Matthew Fitzpatrick.

“Sixty-seven around here, I mean, I think after the way I started, 4 under through 6, I was thinking maybe shoot a better score than I shot yesterday,” McIlroy said.

“But it was obviously nice to finish the way I did, especially after the mess I nearly made at [No.] 16.”

Yes, the round nearly came unraveled at that par 4. McIlroy pulled his tee shot deep into the trees and hit a provisional, opting for a 6-iron instead of a 3-wood. After finding his original ball, he declared it unplayable and went back to the tee for a third attempt. He eventually hit his fourth shot with a lob wedge inside 10 feet and converted the bogey putt.

As it is, McIlroy is in position to win for the fourth time on Tour in 2019, over the course of two seasons. He wrapped up his 2018-19 Player-of-the-Year campaign with a victory at the Tour Championship. He began the new one with a tie for third at the Zozo Championship.

But unlike last week in Japan, McIlroy is squarely in the mix entering weekend play in China. He just needs to make sure he keeps it on the straight and narrow.

“I would expect [the course] to firm up a little up going into the weekend, which would make it a tough test.” McIlroy said. “I still think there are birdies out there, you’ve got four par 5s and a couple of shorter par 4s.

“Game plan is, try and keep it on the fairways and from there the course is pretty scoreable.”