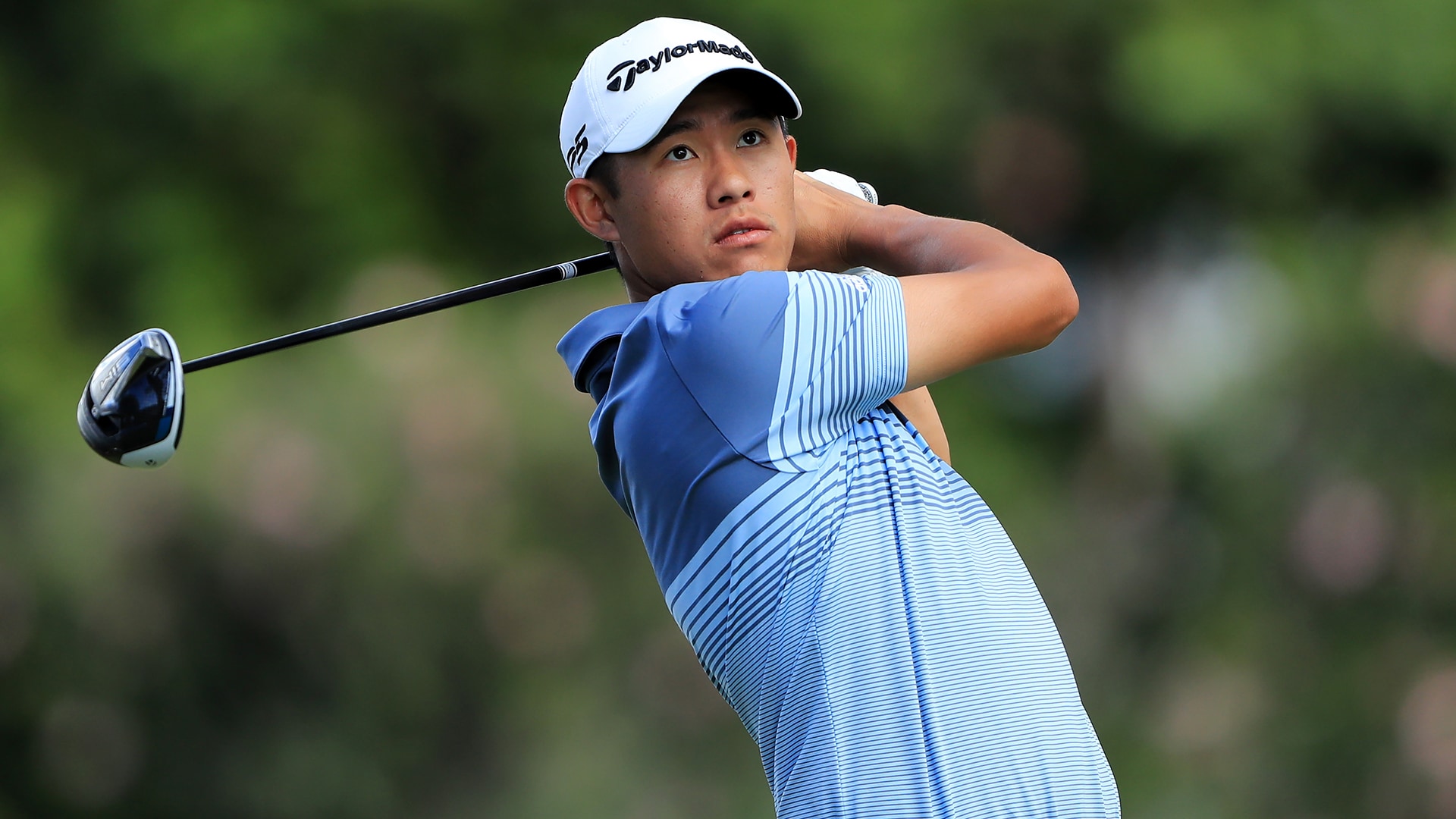 With the Sony Open blown upside down, it was one of the youngest players in the field who set the early pace.

A trip to Waialae Country Club is usually an easy way to start the year. Birdies are aplenty on the old-school, Seth Raynor layout, where distance is hardly a requirement for success. The winning score has been at least 17 under each of the last seven years, with Justin Thomas breaking all kinds of records with his 27-under total in 2017.

But those records likely won't be touched this week, with Honolulu buffeted Thursday by 20-30 MPH winds that aren't expected to lighten up much over the weekend. The conditions turned a typically tame test into anything but during the opening round.

"We've all probably experienced wind like this at some point, but it's rare," 2009 winner Zach Johnson told reporters after a 1-under 69. "I've not experienced it here."

But sometimes ignorance is bliss. Making his tournament debut at age 22, Collin Morikawa had never seen Waialae in its usually benign state. With nothing to compare it to, he tackled the blustery conditions without hesitation, carving one accurate iron after the next en route to a 5-under 65.

It was the only bogey-free round of the morning wave, and it moved the former Cal standout to the top of the leaderboard.

"I think the harder conditions are better for me," Morikawa told reporters. "Ball-strikers just want to control everything, control the ball, and I had complete control today. That's what you want to do."

Very little has been outside of Morikawa's control in his first months as a pro. Since making his debut in June, he has compiled six top-10 finishes including a breakthrough win at the Barracuda Championship, all while making the cut in each of his 15 worldwide starts.

That streak doesn't appear to be in jeopardy this week in Hawaii, where Morikawa birdied four of his final 10 holes. With gusty winds making it difficult to hole lengthy putts, he worked around it by stuffing one approach shot after the next and setting the early pace despite not holing a putt over 10 feet.

"The driver wasn't great, but didn't put me in places that were awful," Morikawa said. "I still had shots where I was. The rough is up, so you've just got to get lucky some places where you put it."

Morikawa's win in Reno didn't earn him a Masters invite, but he's got still got a chance to rectify that. Of course, a victory in Honolulu will send him down Magnolia Lane, but Morikawa is also rocketing up the world rankings with each passing week. A T-7 finish at Kapalua moved him up to No. 55 in the world, and another strong finish this week could get him into the top 50 for the first time - a position that, should he retain it in April, would mean a spot in the year's first major.

But for now, he's focused on taming a suddenly difficult layout in the first full-field event of 2020.

"It's tough out here," Morikawa said. "Playing last week got me prepared for today in the wind, and look forward to the next few days."