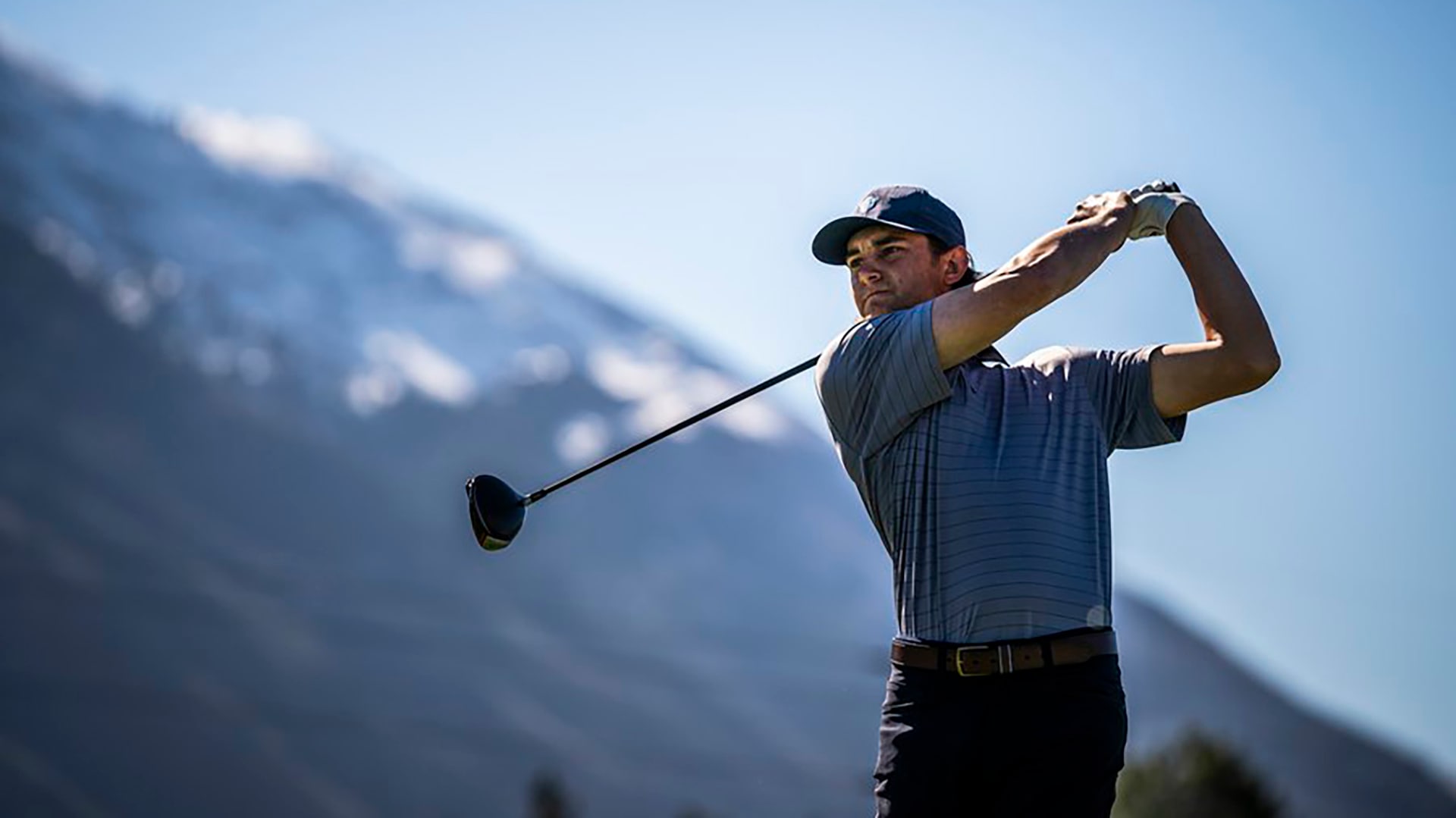 Peter Kuest wouldn’t be where he is today without a shirt and a pair of pants.

Growing up and into high school, Kuest competed in multiple sports – soccer, baseball and golf – yet seriously pursued none. He initially only played golf for Clovis West High in Fresno, California, because the team needed an extra guy and Kuest was a single-digit handicap as a freshman. Specialization? Not a fan. He also enjoyed fishing, skiing and hanging out with friends.

Then one day, before his junior year, Kuest came home to find that his dad, a painting contractor, had laid some painter’s clothes on his bed to send a message: You can go all-in on something or you can come work for me.

“It was all out of love,” Kuest said. “He just wanted to make sure I was going to work hard at no matter what I did … and I didn’t want to be a painter.”

So, Kuest went all-in on golf. He put down roots on the range, acquired a swing coach, shed his baseball swing and super-strong grip, wore out the practice green and filled his calendar with tournaments.

Nearly six years later, he ends his college career as one of the most prolific winners in BYU history and a promising pro prospect.

The hard-hitting Kuest won 10 times, including three tournaments during a senior season that was cut short earlier this month because of the coronavirus pandemic. He was on his way to a program-record scoring average this year (69.42). While BYU individual records are unclear about where his win total stacks up against other Cougar greats such as Bobby Clampett and Johnny Miller, there’s no question Kuest, a late starter who was lightly recruited as a junior, will leave an indelible mark on the program.

“When Peter came here, he wanted to be the best golfer he could be, and he’s done that,” BYU head coach Bruce Brockbank said. “He’s given us everything he’s had, worked his tail off and played some great golf.”

Brockbank describes Kuest’s work ethic as unmatched. When there’s not snow on the practice green at Riverside Country Club, Kuest is usually on it – at least, when he’s not taking lunch breaks to fish in the Provo River or ski at Sundance Mountain Resort. Earlier this week, Brockbank was on his way to the club on a cold, misty day in Provo.

“And who did I see on the putting green when I pulled in? Peter Kuest,” Brockbank said.

It was on that same green that Kuest learned the heartbreaking news that he and fellow senior Rhett Rasmussen had played their final tournaments for BYU, which had reached No. 4 in the country earlier this season and was eyeing the program’s first NCAA title since 1981.

“We felt like we had a legit shot,” Kuest said.

Kuest knows he potentially could return for a fifth year, depending on what the NCAA opts to do with respect to eligibility. He has at least one more semester of school to finish up, too. But in his mind, he’s “100 percent ready” to turn pro whenever the opportunities return. (He traveled to Phoenix this week to play in an Outlaw Tour event, which was later canceled.)

“I'm excited for what’s to come for him,” Brockbank said. “He’s been preparing himself for four years to do this. He wakes up every day and that’s what he dreams about and thinks about; he wants to play at the highest level, and he's got the mental toughness to do that. When he’s coming down the last nine holes this kid knows how to win golf tournaments and he can turn it on and there’s a level that he plays at that is where a lot of the Tour players are playing right now.”

Kuest is encouraged by how quickly he’s been able to develop into one of the top college players in the nation and what that could mean for his potential as a pro. But he also knows he’s got his work cut out for him at the next level.

“There are a lot more talented guys out there than me, so I have to make it up with my work ethic,” Kuest said. “But that’s fine, that’s how I was raised. I was raised to work.”

He’ll just be perfecting his craft with a golf club, not a paintbrush.