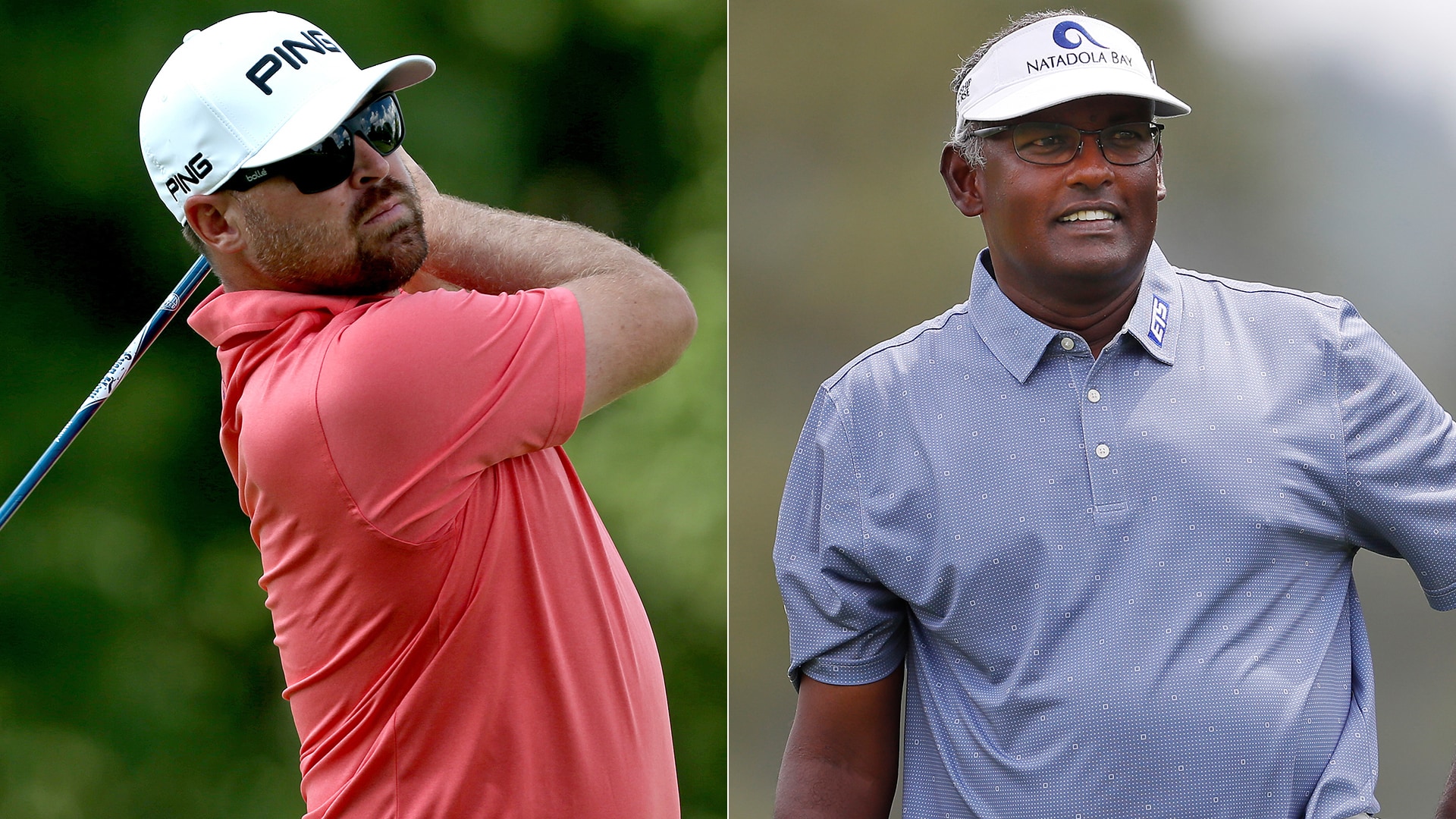 With the return to competition still more than a month away, one notable name on the early Korn Ferry Tour field list has drawn the ire of a veteran pro.

The June 11-14 Charles Schwab Challenge is sure to draw plenty of starpower as the PGA Tour's first tournament since mid-March. But that same week the Korn Ferry Tour will also make its return, staging the new Korn Ferry Challenge at TPC Sawgrass as part of what has now become a wraparound season on the developmental circuit. While the field for both events won't be finalized until June 4, an early list for the Korn Ferry event appears to include three-time major champ Vijay Singh, who lives nearby and has been a fixture on the Sawgrass range for decades.

Singh has lifetime status on the PGA Tour, and at age 57 he still competes regularly against players half his age while adding an occasional start on the PGA Tour Champions. But his status won't get him into Colonial, which typically has a restricted field and includes several unique exemption categories. Under the Tour's guidelines, any fully exempt player is allowed to play in a concurrent Korn Ferry tournament as long as he is not eligible for that week's PGA Tour event.

One recent example of this phenomenon came in May 2018. Stephan Jaeger had a PGA Tour card but wasn't exempt into The Players, so he made his first Korn Ferry start of the year at the Knoxville Open and went on to win the event.

That same bylaw has apparently opened the door for Singh, a player with more than $71 million in career earnings and indefinite exempt status, to potentially play in a Korn Ferry event that will include dozens of cash-hungry players who are vying for a handful of PGA Tour cards. One such player is 35-year-old Brady Schnell, who took to Twitter to call Singh a "true piece of trash" and a "complete turd" if he opts to play the Korn Ferry event in tweets that have since become protected.

"Hey @VijaySinghGolf you are a true piece of trash if you except (sic) money playing in a Korn Ferry Tour event and I'll say it right to your face," Schnell wrote.

In a subsequent reply to another user, Schnell added: "Do you know how much those points and money could do for a young kid? He's a complete turd for playing. He's got his money and he's got his career. Just wait another month and roll with your senior friends."

Schnell has played every Korn Ferry event this year but has missed five of six cuts. He earned a PGA Tour card for the first time in 2018 thanks in part to a win at the Wichita Open, but dropped back to the Korn Ferry Tour after making just six cuts in 21 PGA Tour starts last season. Singh has never before played in a Korn Ferry event.

"I've said my piece (sic)," Schnell wrote. "Whether you agree or not, I am just trying to protect the money AND the valuable points for every player on the tour that needs them to move on to the PGA Tour. There is NO point to him playing."