Hagy, Rodriguez share KFT lead in Columbus as each vies to stay on PGA Tour 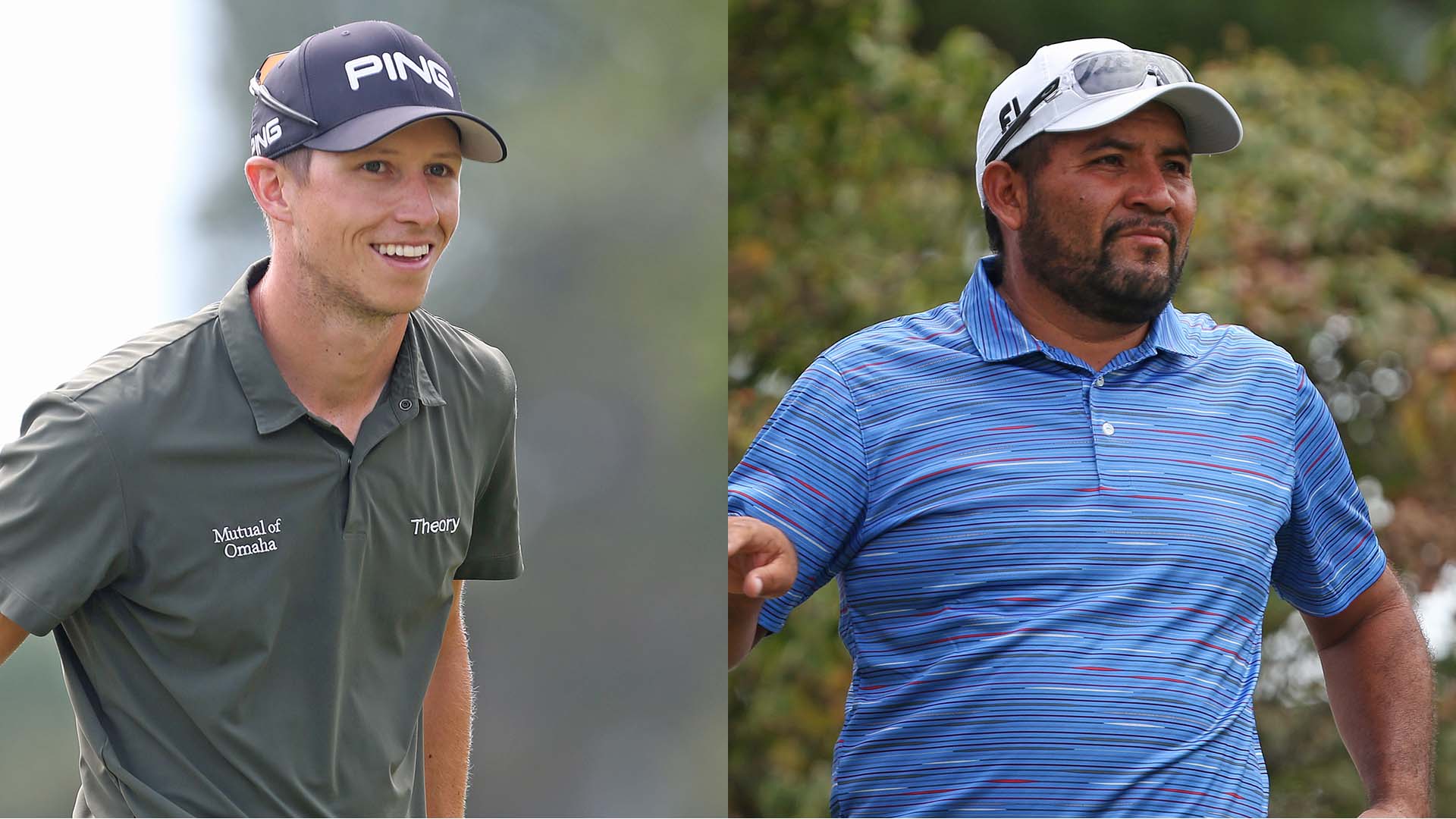 After struggling on the PGA Tour this season, Brandon Hagy and Jose de Jesus Rodriguez are each in position to get another chance.

Hagy and Rodriguez share the 54-hole lead at the Nationwide Children’s Hospital Championship, the first of three events in the Korn Ferry Tour Finals. Hagy shot 2-under 69 on Ohio State’s Scarlet Course to improve to 9 under, where Rodriguez joins him after a 6-under 65 in which he made seven birdies.

Hagy, the 28-year-old long-hitter out of Cal, missed 12-of-13 cuts while competing on a major medical extension this season. He hasn’t played a world-ranked event since shooting 78-71 at the Travelers in June.

While he can retain his Tour status by finishing among the top 25 in Finals points, he also has 11 starts remaining on his extension to earn approximately 335 FedExCup points.

The 38-year-old Rodriguez, nicknamed El Camaron, fared better in his rookie campaign, though only marginally. He notched just three top-25s in 23 events and ended up 177th in FedExCup points, which forced him back to the Finals with just three starts to retain his card.

A shot back of Hagy and Rodriguez is past Tour winner Ben Martin, who has played just once on Tour this season, missing the cut at the Sony Open. He has six starts remaining in a medical major extension to earn approximately 111 FedExCup points, though like Hagy he can also earn status through the Finals.

Martin is tied with Scott Harrington and Texas alum Scottie Scheffler, who locked up their Tour cards via the KFT’s regular season but still need to play to improve their priority ranking for next season on Tour.

Beau Hossler and Viktor Hovland are among a group at 7 under, two shots back. 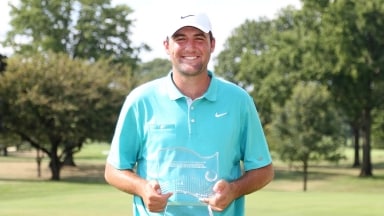 Scottie Scheffler fired a 4-under 67 to capture the opening event of the Korn Ferry Tour Finals by two shots.