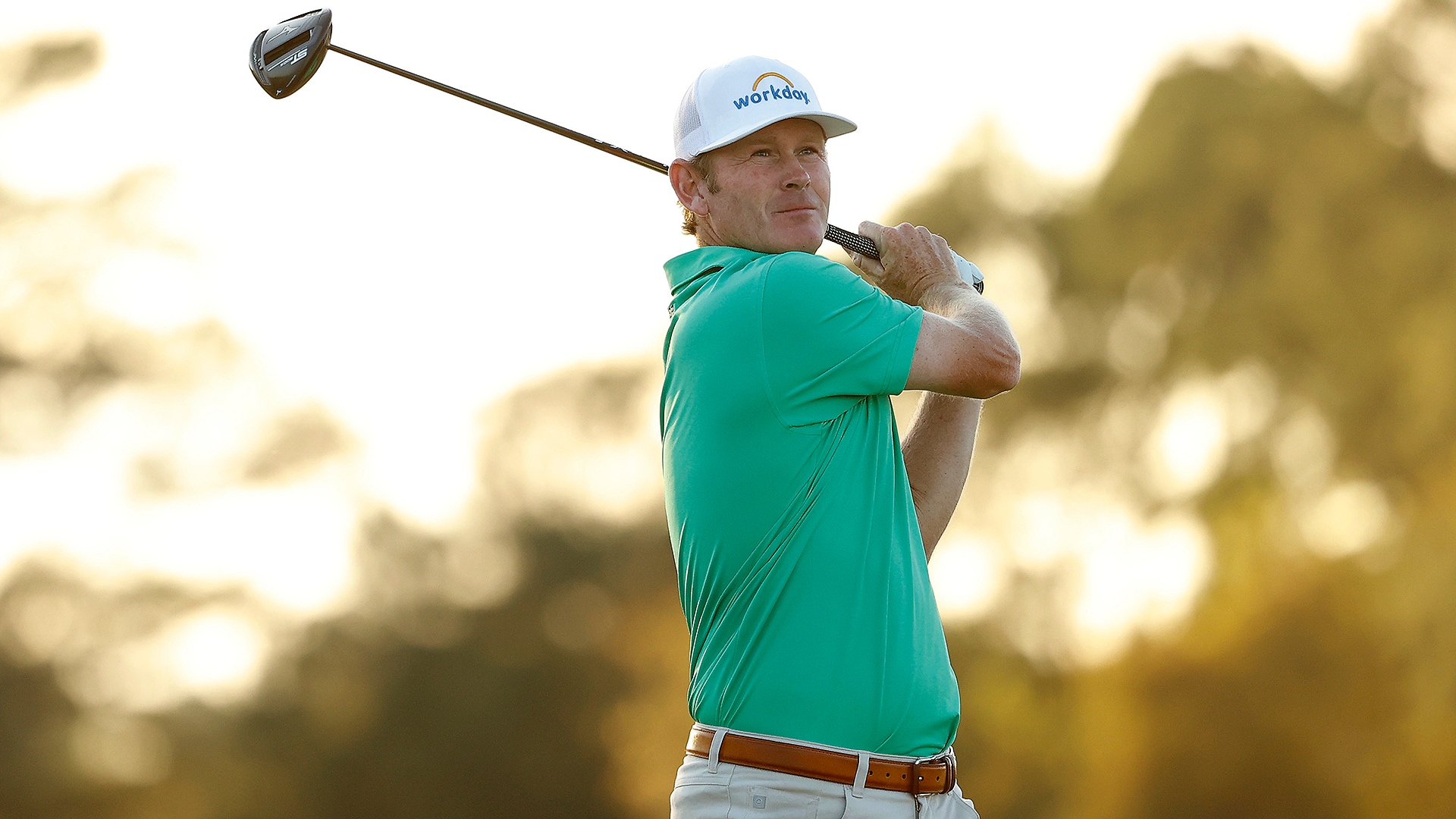 HOUSTON – Brandt Snedeker found a lot of fairways and greens at difficult Memorial Park, top-ranked Dustin Johnson returned from the coronavirus, and fans were back, too, Thursday at the Houston Open.

Snedeker shot a 5-under 65 in the afternoon to take a two-stroke lead in the last event before the Masters. He's one of 37 players in the field this week set to play at Augusta National.

"Drove it great,'' Snedeker said. "Around this golf course you have to be in the fairway, otherwise it's going to be a long day for you. Did a great job of that. Made some putts. And the par 5s, birdied every par-5 out there. This course is a long, tough golf course, so to play well you need to take advantage of the scoring holes, which I did a great job of today."

The tournament – at public Memorial Park for the first time since 1963 – is limiting ticket sales to 2,000 a day. It's the first domestic PGA Tour event to have fans since The Players Championship on March 12.

"I think that's a big reason why I played well today,'' Snedeker said. "I love having fans out here. I kind of feed off their energy. It's great to hear some claps and people excited for good shots and some birdies."

Johnson had a 72 – bogeying five of the last seven holes on his front nine – in his return after a positive coronavirus test knocked him out of the CJ Cup at Shadow Creek and the Zozo Championship at Sherwood.

"I've been driving it well, so it just kind of depended how I hit my irons and kind of hung in there," Snedeker said. "Did a great job of kind of thinking my way around the golf course."

"The golf course kind of forces you into being patient just because you can't really miss too many greens,'' Scheffler said. "Around the greens out here is very, very difficult to get up-and-down and you can get into some spots where you start playing pingpong across these greens."

"It certainly felt more normal as we were playing today and especially as we were finishing up,'' Spieth said about the fans. "Just the look of it is way more normal than when it was just so bare."

"I think every time Jordan hit it in the water, he told me that was my fault," Koepka said. 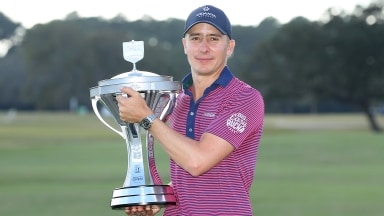 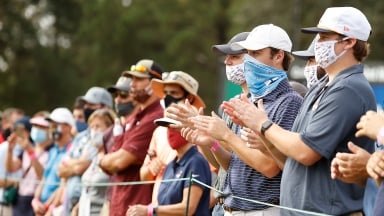