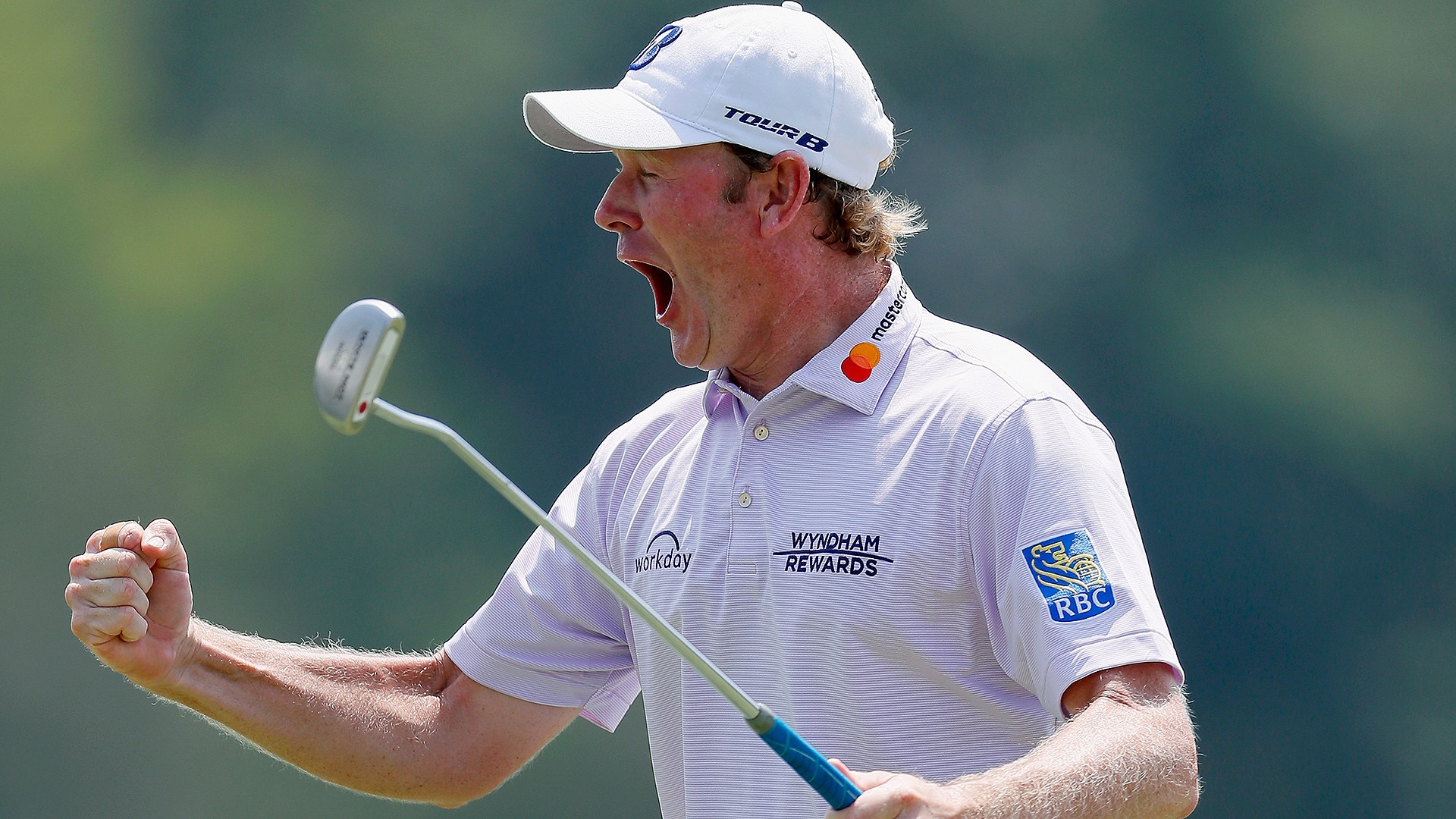 Brandt Snedeker opened the Wyndham Championship with an 11-under 59, becoming just the ninth player in PGA Tour history to card a sub-60 score in a tournament round.

Snedeker offered an excited fist pump after rolling in a 20-footer for birdie on the ninth hole at Sedgefield Country Club, his 18th hole of the day. It was Snedeker's 10th birdie on the round to go along with a hole-out eagle from 176 yards on No. 6 and gave him the first 59 on Tour since Adam Hadwin at last year's CareerBuilder Challenge.

Snedeker's round eclipsed the tournament and course record of 60 at Sedgefield, most recently shot by Si Woo Kim en route to victory two years ago. Amazingly, the round could have been even better: he opened with a bogey on No. 10 and missed a 6-footer for birdie on his 17th hole of the day. 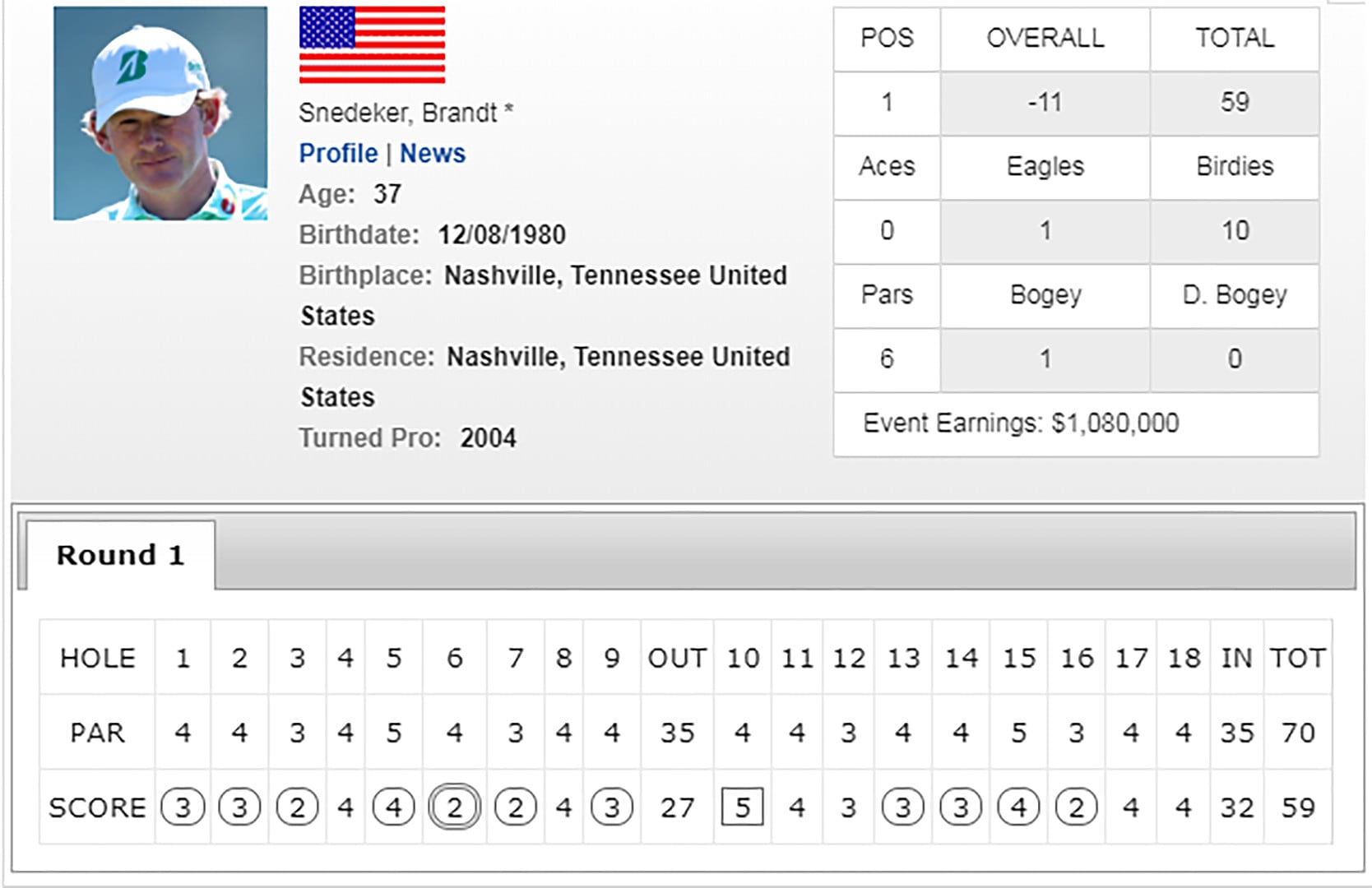 Snedeker was still 1 over on the round before reeling off four straight birdies on Nos. 13-16, but he truly caught fire on the front nine where he shot an 8-under 27 that included five birdie putts from inside 6 feet.

Jim Furyk, who also shot 59, holds the 18-hole scoring record on Tour with a 58 in the final round of the 2016 Travelers Championship.

Snedeker told reporters this week that he was suffering from "kind of paralysis by analysis" at last week's PGA Championship, but he began to simplify things over the weekend when he shot 69-69 at Bellerive to tie for 42nd. Those changes paid off even moreso Thursday in Greensboro, where Snedeker earned his first career Tour win back in 2007 at nearby Forest Oaks.

"Felt like I kind of found something there for a few days and was able to put the ball where I wanted to and make some putts," Snedeker said. "And all of a sudden everything starts feeling a little bit better. So excited about that this week because the greens are so good."

Snedeker was hampered by injury at the end of 2017 and got off to a slow start this season. But his form has started to pick up over the summer, as he has recorded three top-10 finishes over his last seven starts highlighted by a T-3 finish last month at The Greenbrier. He entered the week 80th in the season-long points race and is in search of his first win since the 2016 Farmers Insurance Open.