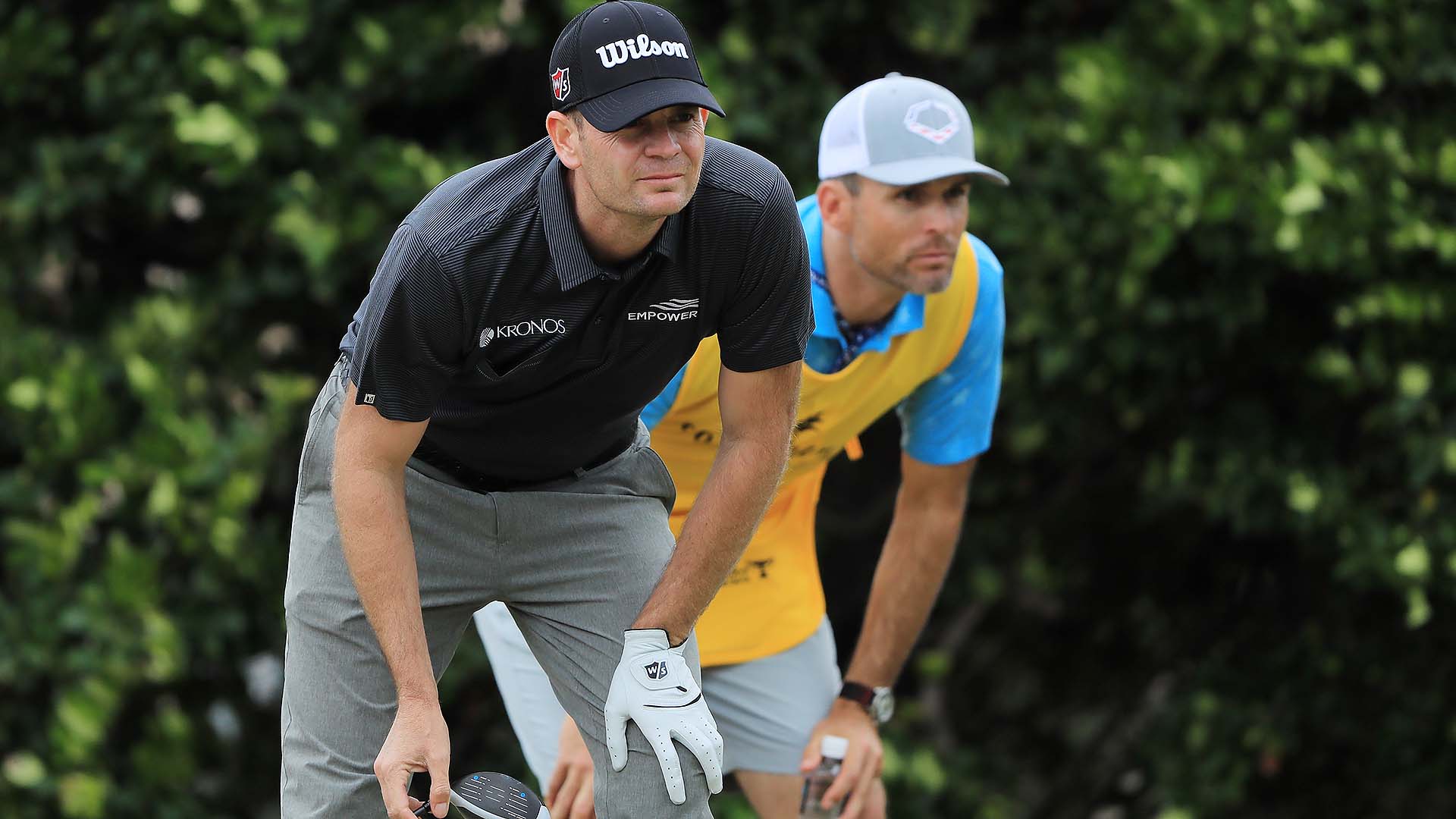 HONOLULU — Saturday was no time to panic, especially at a Sony Open with so many players in the mix that one shot could lead to a good run and change the landscape in a hurry.

That's what happened to Brendan Steele.

He went from a share of the lead to three shots behind through four holes. He had one birdie on his card. And then he hit his best shot of the day and seized control of the Sony Open.

Steele hit a 4-iron from 210 yards into a left-to-right wind that he had to turn over to get to a flag on the left side of the green. He hit it to 8 feet for eagle, and he was on his way.

''I needed to really hit it solid, and hit it well, and turn it over,'' Steele said. ''Did all those things and it ended up being the right number.''

He played the final 10 holes in 7 under, and the number that mattered was 12-under 198, and a three-shot lead over Cameron Smith of Australia going into the final round.

Steele had a share of the lead to start the day, with 23 players separated by three shots. Now only Smith is within three of the lead, and he had to work hard to stay that close. Smith birdied four of his last five holes for a 66.

''It wasn't looking too pretty at the start there - didn't start with my best golf,'' Smith said. ''Got into the swing of things on the back nine. Started to feel a little bit more comfortable with my swing rather than worrying about what I was doing with my swing just went ahead and tried to hit some golf shots. It was good to get in that frame of mind before tomorrow.''

Steele is going for his fourth PGA Tour victory, and his first since repeating at the Safeway Open in the fall of 2017. His daughter was born two weeks later. He has had only two top 10s in 50 tournaments worldwide since then, and one of those was a team event in New Orleans.

''It's always going to be difficult no matter what,'' Steele said of the final round. ''Would be very rare to come out and birdie the first six holes and have it never be in question. So, as much as I would like that, I know it's going to be tough. I'm going to have to battle. But it's nothing that I haven't seen before.''

Steele, Kevin Kisner and Mark Anderson each shot 64, the low score of the week. Kisner was tied for the lead when he finished his round, feeling a lot better about his chances than the previous week at Kapalua, a big golf course where power players thrive. Kisner is more about iron play, and Waialae suits him well.

He just wasn't expecting Steele to take off the way he did.

Steele went from a share of the lead to two shots behind when he went long of the green on the third and fourth holes, both time making bogey. The wind still packed enough gusts, especially if a ball came out hot and high, that his pitching wedge into the third went 180 yards.

It all changed on the par-5 ninth, and Steele was on his way.

Webb Simpson had a 66 and was five shots behind, along with former Sony Open winner Ryan Palmer and Collin Morikawa, who each had a 68.

Simpson opend with a 71 and has followed with two rounds at 66. He is 8 under over his last 27 holes, and hopeful the momentum will carry him.

The umbrellas didn't come out until the last hole for the leaders.

''If the rain stays away, I think it's going to take a pretty good number,'' Simpson said.

Much of that depends on the weather, and on Steele. 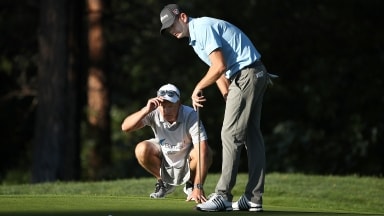 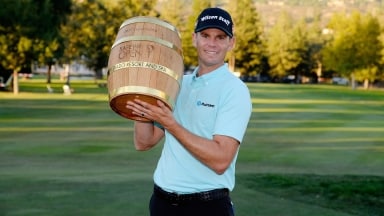 Brendan Steele returns this week to the Safeway Open hoping to become the first player to win the same PGA Tour event three years in a row since Steve Stricker.