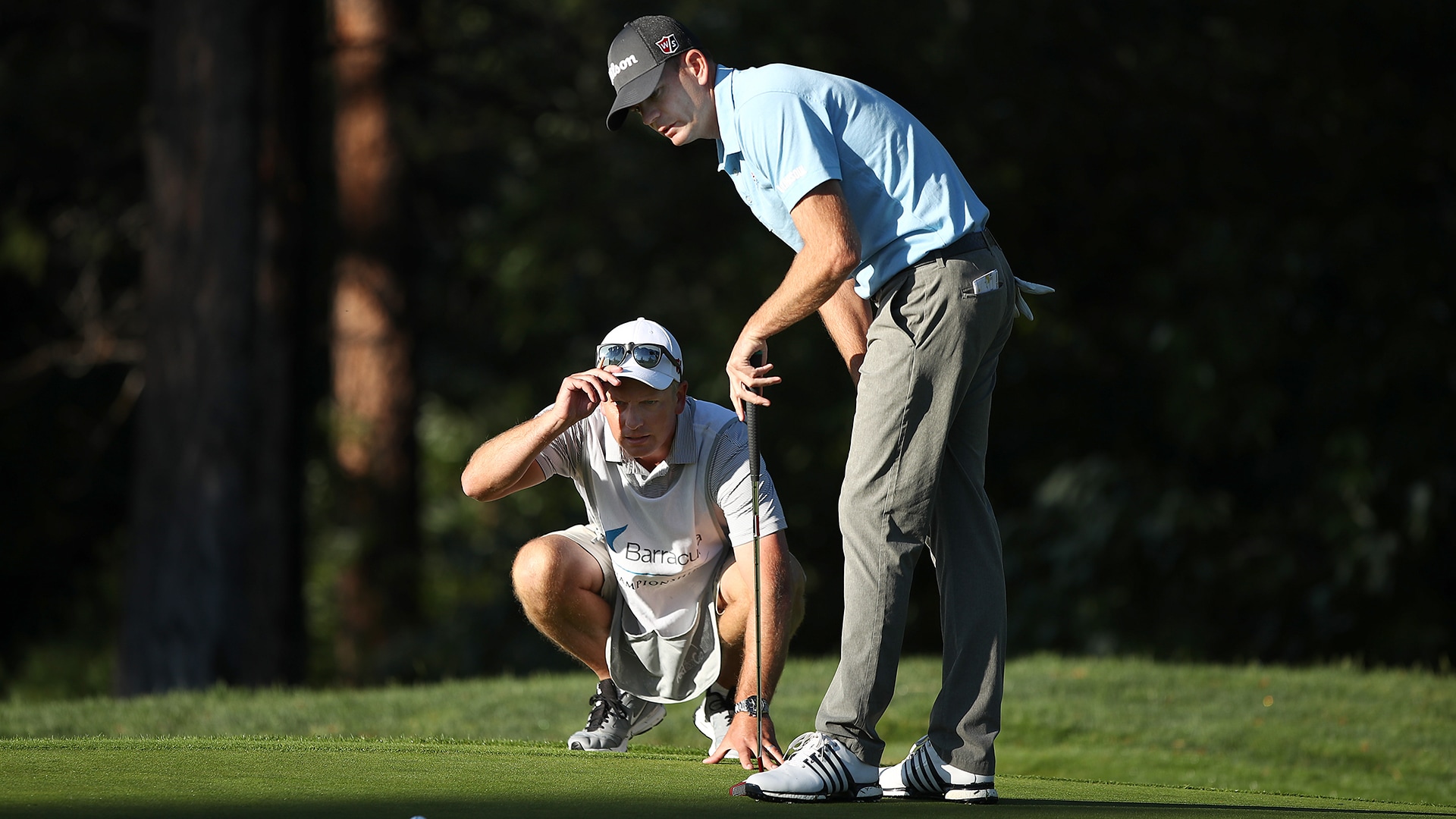 GREENSBORO, N.C. – Brendan Steele received a two-shot penalty for use of an alignment stick during the second round of the Wyndham Championship.

Steele was off to a rough start, having played his first three holes in 4 over, and after hitting his approach to No. 13 (his fourth hole of the day) he asked his caddie to check his alignment. His caddie then put down an alignment stick, which many players use in practice but which is prohibited during competition.

“I thought maybe that would be a problem,” Steele said.

Under Rule 4-3, players are prohibited from using “any type of golf training or swing aid (such as an alignment rod or weighted head cover or ‘donut’) or a non-conforming club to make a practice swing or in any other way that creates a potential advantage by helping the player in preparing for or making a stroke (such as help with swing plane, grip, alignment, ball position or posture).”

Steele quickly consulted with an on-site rules official, who informed him of the penalty that turned a par into a double bogey. But that discussion also included an added explanation that Steele might have avoided a penalty by performing a similar check with a different instrument.

“(The rules official) said that an umbrella and a club was fine to use, but a stick’s not,” Steele said. “It’s one of those things.”

The penalty ultimately didn’t impact Steele’s chances this week in Greensboro, as his 5-over total left him ahead of only two players. Steele started the week 169th in points and will miss the playoffs but will remain fully exempt for the 2019-20 season thanks to his victory at the 2017 Safeway Open.