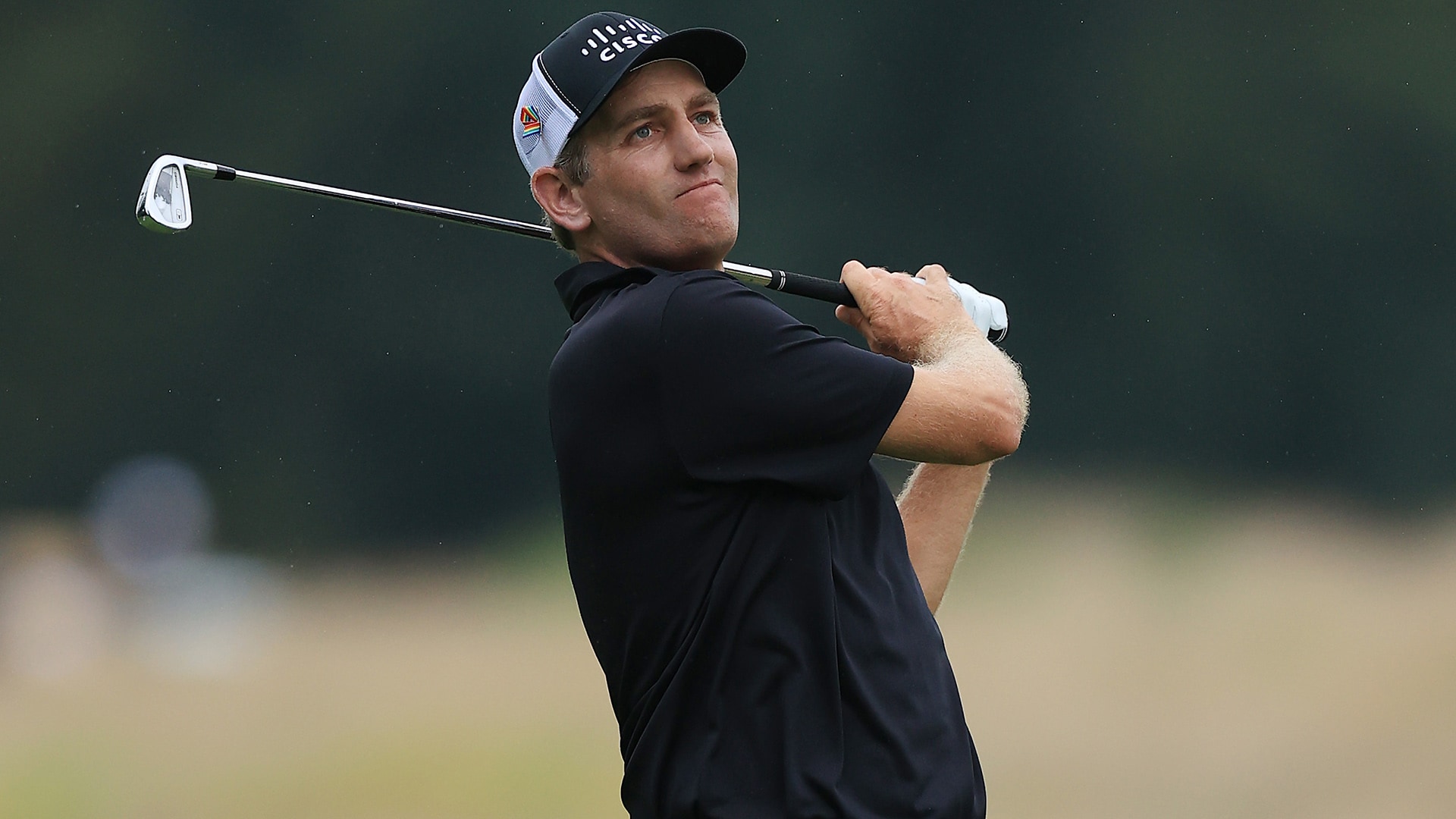 Brendon Todd saw his two-shot lead cut in half, yet he still leads by a shot entering Sunday’s final round of the WGC-FedEx St. Jude Invitational, where he could notch his third victory of the season. Here’s what you need to know following Saturday’s action at TPC Southwind in Memphis:

What it means: The comeback story just keeps getting better for Todd, who is 18 holes away from not only picking up his third title of the season but also arguably becoming the favorite for PGA Tour Player of the Year. It all started at the Bermuda Championship last fall, where Todd won to end a multi-year slump that included missing 37 of 41 cuts for one stretch, losing his Tour card, the yips and falling outside the top 2,000 in the world rankings. Of course, Todd won the very next week at Mayakoba and nearly again the week after at the RSM Classic, before finishing fourth. He doesn’t have a top-10 since, though he has remained inside the top 10 of the FedExCup standings. A victory Sunday would easily be the biggest of his career, as it will mean he held off the likes of Fowler, Koepka, Thomas and even Phil Mickelson, who is within striking distance. It could also move him inside the world’s top 20.

How it happened: Todd entered the day with a two-shot lead over Fowler, but quickly added to it with birdie at the opening hole. He fought off four bogeys to card a respectable 1-under 69, but a missed 7-footer for birdie at No. 18 could come back to haunt him.

Best of the rest: Speaking of the player-of-the-year race, it’s hard not to consider Thomas the current front-runner. Thomas has two wins among eight top-10s this season, and now he finds himself just four back of Todd after a third-round 66, a round that was equaled by An, who holed a clutch par save at the last, and Mickelson, who finds himself in contention entering Sunday for the first time since February, when he placed third at Pebble Beach. The 50-year-old, who has cracked the top 50 just once in his last six starts, carded seven birdies Saturday and is five shots off the pace. Then there’s Koepka, all alone in fourth, who birdied five of six holes in the middle of his round to fire a bounce-back 68.

Round of the day: Tom Lewis birdied five straight holes early in his round and added five more on the front side – his second nine – to shoot 9-under 61 and climb just outside the top 10 at 6 under.

Biggest disappointment: Webb Simpson, who also has two wins this season, shot 69 and sits six shots back of Todd. However, he capped his round with a sloppy double bogey, which likely cost him his chances of winning.

Shot of the day: There were few highlights for Jason Day for much of the day, but this eagle on the par-5 16th hole helped him salvage a round in the 60s:

Quote of the day: “I probably would have played there if I wasn't eligible here because I wanted to play the week before the PGA.” – Mickelson when asked about this week’s PGA Tour Champions event, where fellow 50-year-olds Jim Furyk and Mike Weir are debuting