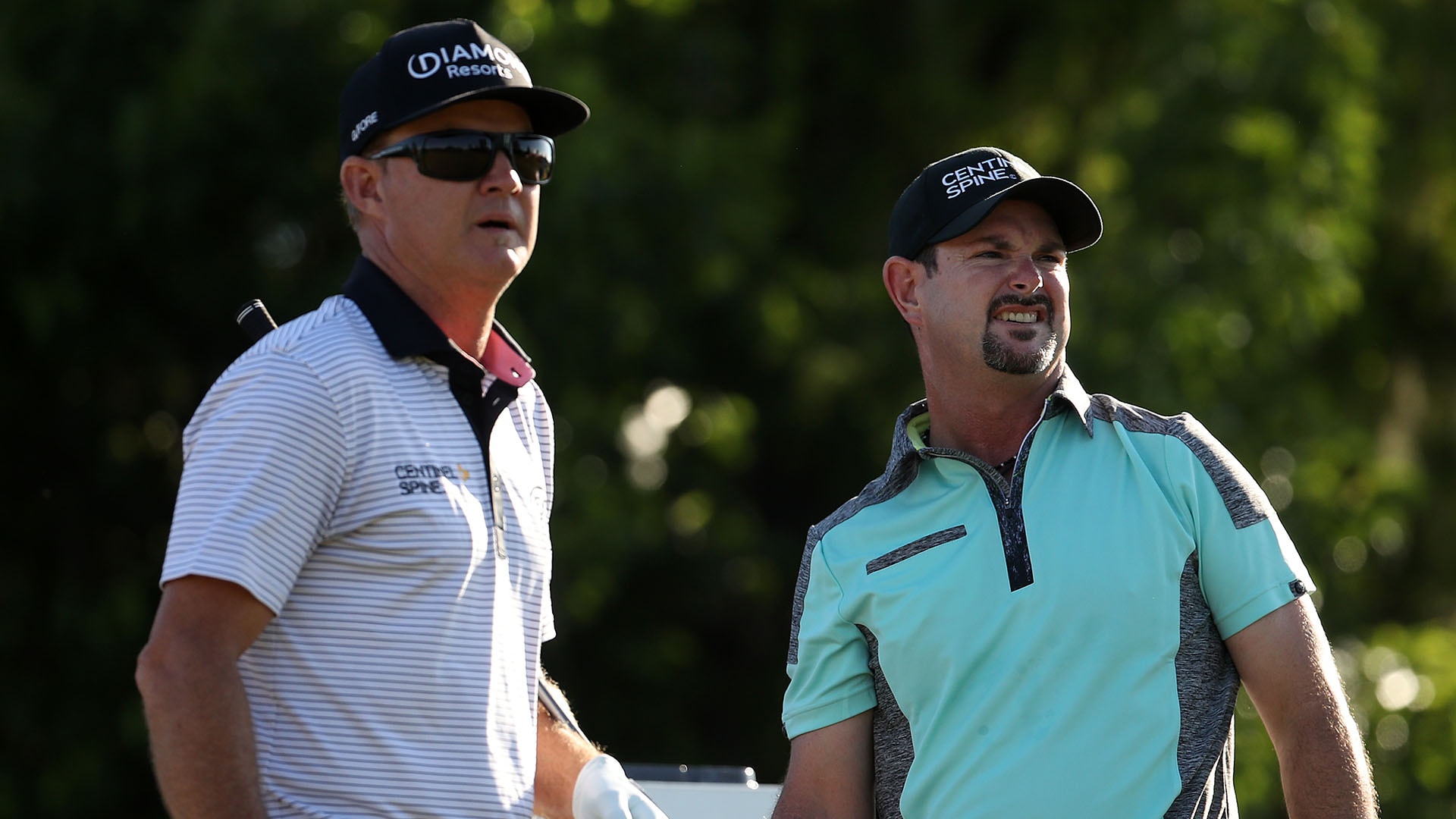 AVONDALE, La. – Nearly 32 hours later, the first round of the Zurich Classic is in the books.

A seven-plus-hour weather delay on Thursday threw a wrench in the schedule, leaving players in the initial morning wave with two more early wakeup calls. The first afternoon wave, meanwhile, will head right back out for second-round foursomes play on Friday afternoon.

Not ideal, but this tournament should be back on track by Saturday evening.

Leaders Brian Gay and Rory Sabbatini were part of Thursday’s early tee times and completed 14 holes in 10 under before the horn blew for darkness Tuesday night. When they resumed their first round, at 7 a.m. local time, Gay chipped in two pars – missing a 6-footer for birdie on No. 16 – before Sabbatini birdied the final two holes for a tournament-record-tying, 12-under 60 in fourballs.

“We would have beat it if Brian hadn't actually let us down with his putting,” Sabbatini quipped about the usually lethal putter Gay.

Gay’s steady play and Sabbatini’s aggressiveness have kept this duo, a combined 90 years old, more than relevant so far this week. They’ve stopped trying to find a longer, younger partner to team up with for this event, and instead have found each other.

Going into foursomes, the veterans believe they can keep the momentum going as much younger teams, such as Scott Stallings and Trey Mullinax (11 under), J.T. Poston and Stephan Jaeger (10 under) and Joel Dahmen and Brandon Harkins (9 under), chase them.

“I think it felt like we actually match up very well because we've got very similar games in regard to how far we hit the ball, so we know what kind of lines we're looking at,” Sabbatini said. “But I actually felt very comfortable playing with him. Obviously, it's great having him out there because you know he's always going to putt well, so that takes a lot of pressure off it from the get-go.”

Notables Brooks Koepka and Chase Koepka are 5 under, Jason Day and Adam Scott sit at 7 under, and Patrick Reed and Patrick Cantlay shot 65 in the first round. The cut, which is the low 35 teams and ties, will be made Saturday morning after the completion of 36 holes, and the current line is at 7 under. 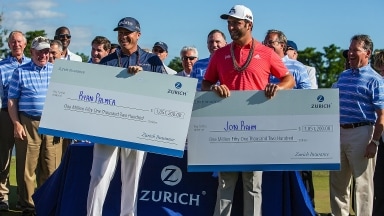 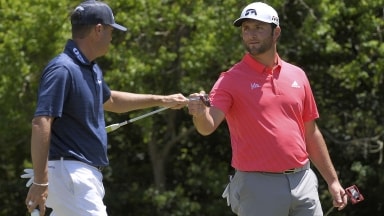 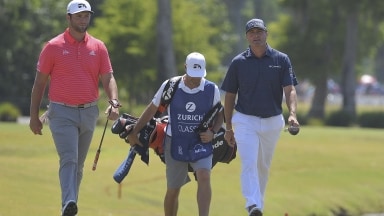