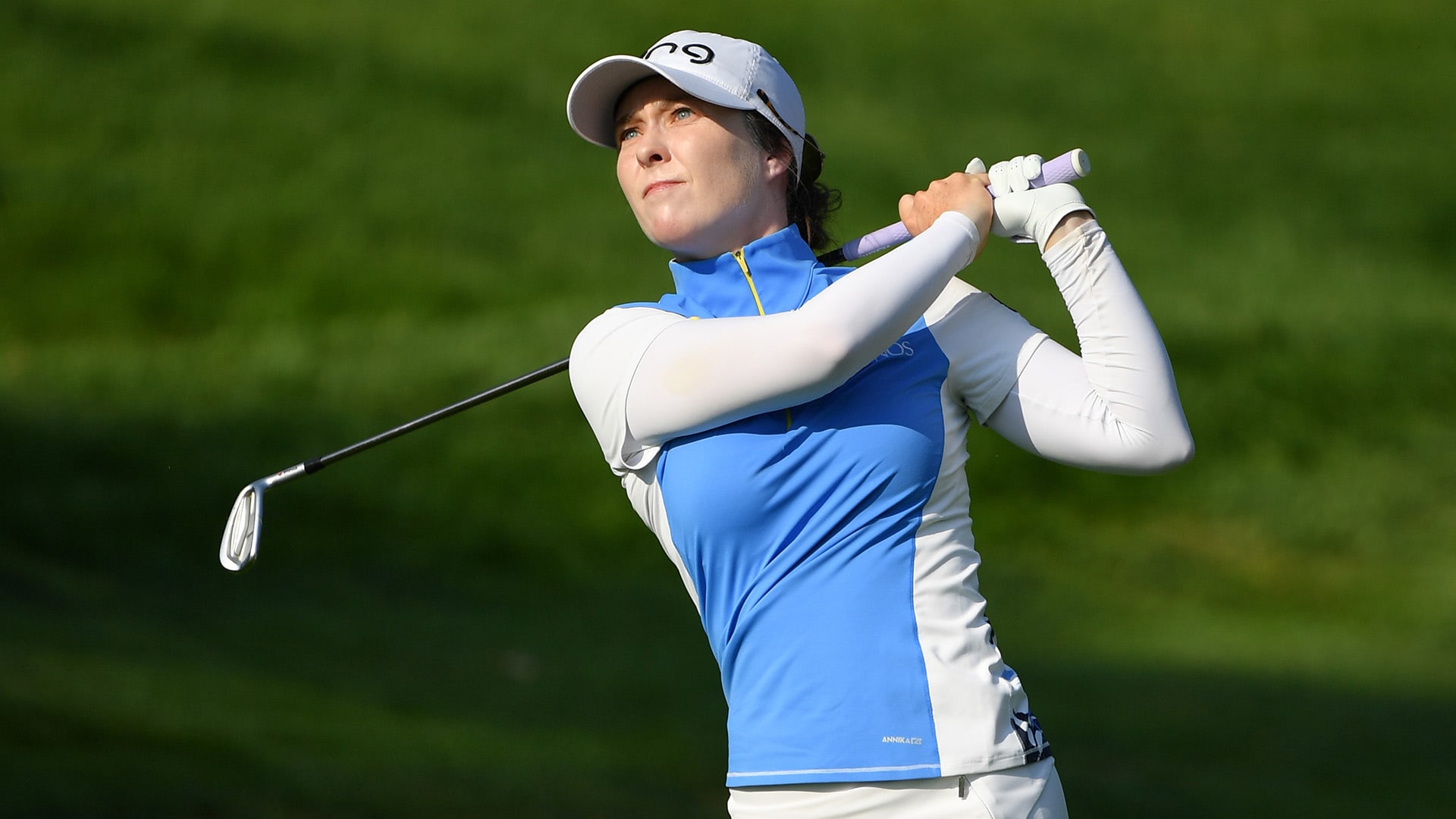 Maybe the golf gods owe Brittany Altomare another chance at the Evian Championship.

If anyone ever deserved a mulligan there, it’s Altomare.

No discredit to Anna Nordqvist, who won the playoff dealing with the same awful weather — the worst conditions any major championship playoff has ever been staged in — but it was like playing through Armageddon. Hail, torrential rain and blustery winds hit on that sudden-death playoff hole. Conditions couldn’t have been more difficult if frogs had begun falling from the sky, but they played on.

Altomare looks like she wants a second chance at winning come Sunday.

With a 6-under-par 65 Thursday, she moved into early contention at the Evian, one shot behind Paula Creamer.

“I like it here,” Altomare said. “I love playing here, the views and the golf course. I’m excited to be here.”

Altomare felt that way last year, in her first return after that playoff loss.

Altomare, 29, made a name for herself in the loss. She was No. 102 in the world coming to Evian that year. She rose to No. 40 with her finish and has held her ground ever since, arriving this week at No. 41. She’s looking to build upon her name this year with the run she’s making to get on the U.S. Solheim Cup team. If the team were named today, she would be on it. She’s seventh in the U.S. standings. The top eight make it when qualifying ends in a month.

For now, Altomare is very much enjoying Evian and the challenge it offers. 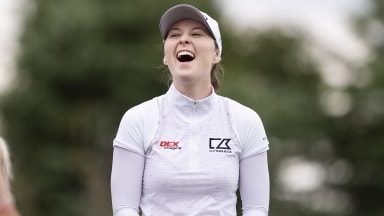 Brittany Altomare needed a jolt of energy after she made the turn during the first round of the Buick LPGA Shanghai, and that's exactly what she got at the par-3 second hole. 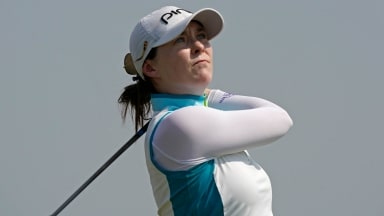 Altomare (66) vaults into tie for lead in Dallas

With a 5-under-par 66 Friday, Brittany Altomare moved into a three-way tie for the lead at the LPGA’s Volunteers of America Classic in suburban Dallas. 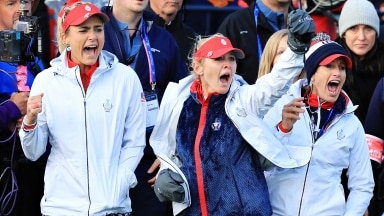 Lexi Thompson and Brittany Altomare both made huge putts to earn half-points and buoy the Americans entering Day 2 of the Solheim Cup.