Lincicome excited to play against the men at Barbasol 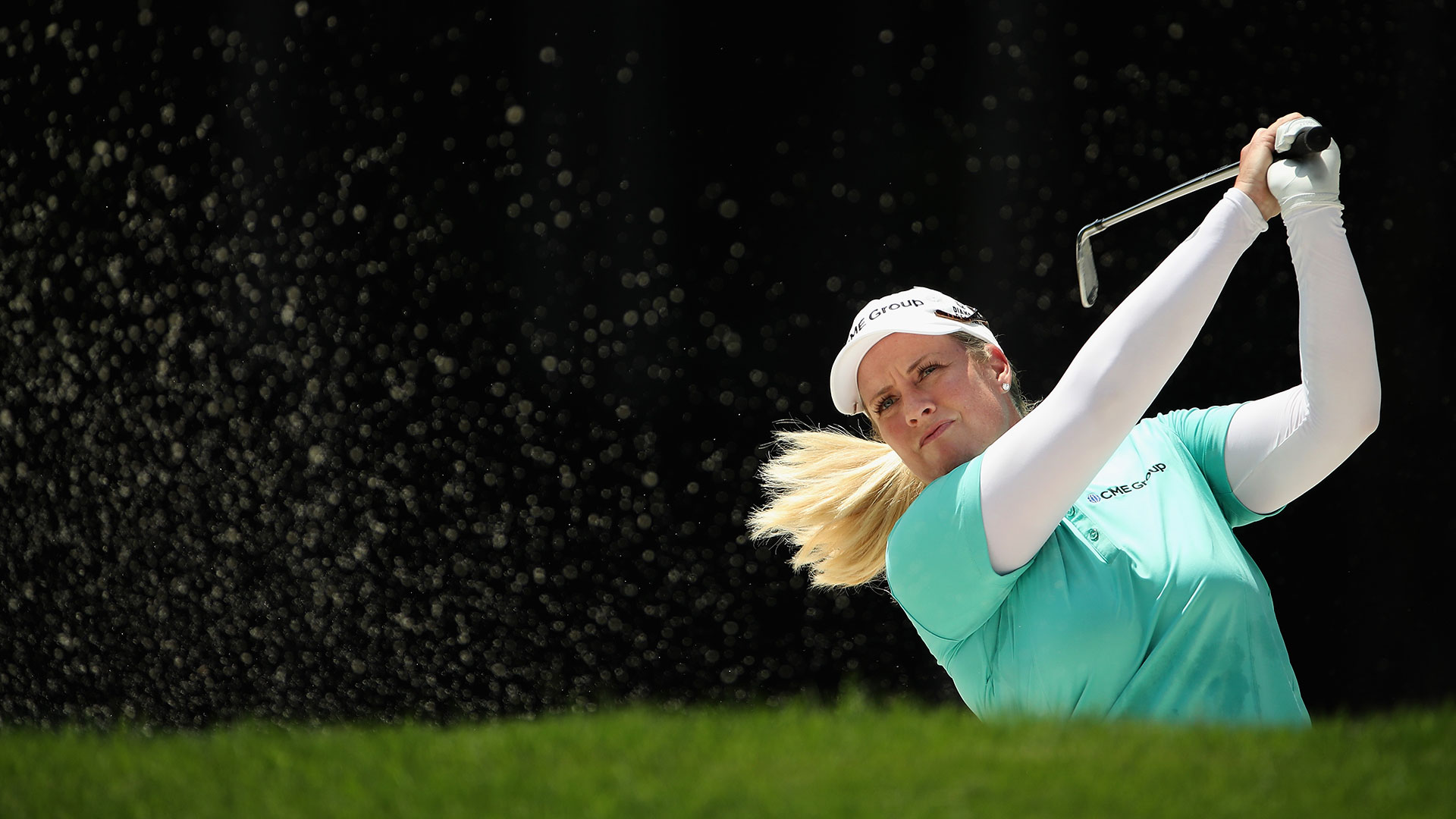 BIRMINGHAM, Ala. – Brittany Lincicome is hoping to have some fun when she tees it up against the men next month at the PGA Tour’s Barbasol Championship in Kentucky.

She immediately addressed her motivation for playing when asked about it Friday at the U.S. Women’s Open.

“I was kind of torn,” she said of accepting the invite. “Obviously, I can already hear people saying `You are trying to compare yourself to the men.’ That's not what it is about.

“I think we’ll go into it having fun and try not to put too much pressure on myself ... I'm not trying to compete with the guys or prove anything.”

Tom Murray, the president of Perio, the parent company of Barbasol and Pure Silk, invited Lincicome to accept one of the tournament’s sponsor exemptions. Lincicome represents Pure Silk.

Lincicome is married to Dewald Gouws, a long-drive competitor. They play a lot of golf together. Lincicome, who is nicknamed “Bam Bam,” is one of the LPGA’s longest hitters.

Growing up in Seminole, Lincicome played alongside her two older brothers at a par 3 course, where their father, Tom, taught them. She played the same tees as her brothers. She also played baseball against the boys, instead of softball with the girls.

“All the moms said, `Why is this girl playing? She shouldn’t be playing against the boys,’” Tom said.

So Lincicome knows what she’s up against. She also knows how much fun it could be.

“I'm already nervous,” Lincicome said. “I feel like every time I walk by one of those guys, they are going to look at me like, `Why the heck are you here? What are you doing here?’ Hopefully, they are really nice.”

The Barbasol Championship is played July 19-22, opposite The Open. Lincicome hopes she can help the event get some additional exposure.

“It will be cool,” she said. “Hopefully, a lot of people come out and follow and cheer for me, because I'll need a little extra support that week.”