Lincicome, husband 'ecstatic' to be expecting after last year's heartbreak 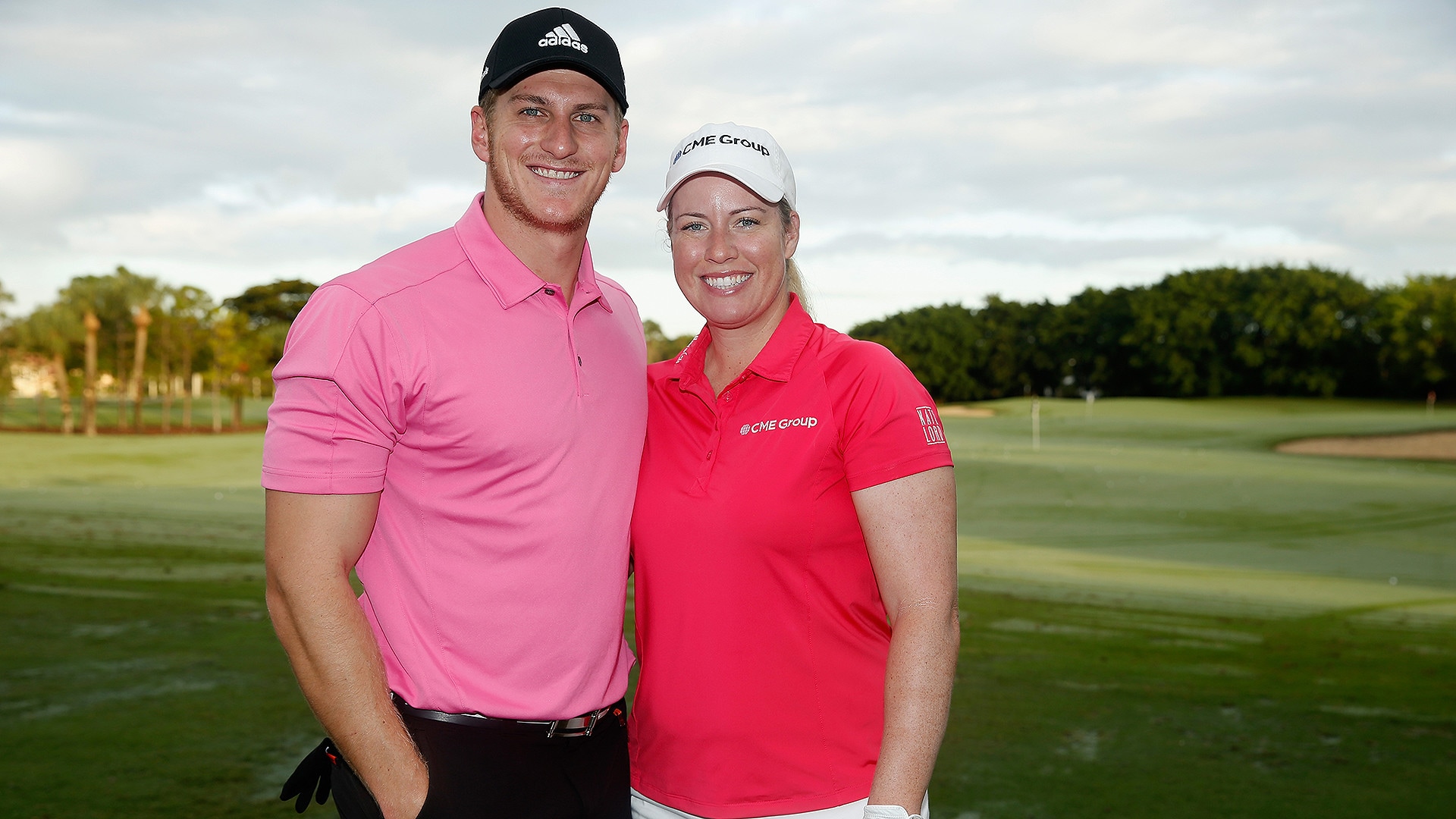 There were tears of joy when Brittany Lincicome heard her baby’s heartbeat Tuesday and saw her child move during an ultra sound.

The emotions were especially powerful because of the heartache she went through almost a year ago.

“We can talk about it,” Lincicome told GolfChannel.com.

After the ANA Inspiration in the spring of last year, Lincicome went in for an ultra sound with her husband, Dewald Gouws. She was eight weeks pregnant. They were excited as they made plans for their first child, but they left in tears.

“There was no heartbeat,” Lincicome said. “At first, we didn’t know what was going on, and then they told us I would need surgery the next morning to remove the baby.

“We went from that awesome moment, going in for an ultra sound, to the surgery ... It took some time after, and there were a lot of tears, but God has a plan for us.”

Now there is renewed excitement.

“Most amazing experience, hearing our baby’s heartbeat for the first time,” Gouws wrote on his Instagram account.

Lincicome is 12 weeks pregnant. They’ll know whether it’s a boy or a girl in 10 days.

That’s two weeks before the Solheim Cup. Of course, Lincicome will miss it. U.S. captain Juli Inkster texted her after hearing the news.

“She’s super excited and congratulated us, but she is super sad I won’t be on the team,” Lincicome said.

Lincicome isn’t playing the LPGA’s Asian swing in Thailand this week and Singapore next week. She will tee it up next at the Bank of Hope Founders Cup in Phoenix in a month.

With the revamped LPGA maternity policy in effect this year, Lincicome can play as much as she wants this season and begin next season with the same status she has now. The former policy limited a player to 10 starts in the year in which she used the maternity policy.

At 33, Lincicome said she and Gouws tried to time things so the baby would be born in the offseason, but ...

With Stacy Lewis, Suzann Pettersen and Gerina Piller among players giving birth to children in the tour’s new baby boom, Lincicome said she has been taking notes. She’s pleased she also can lean on Sarah Jane Smith, who is a couple months ahead in her pregnancy. Smith is due in July.

“We’re all getting to that age where it’s now or never,” Lincicome said. “It’s been cool to see everyone else getting pregnant, having babies and now I can ask them questions and I won’t feel like I’m going through it by myself.”

Lincicome is aiming to play through the U.S. Open in early June and then reassess how much she wants to play after that.