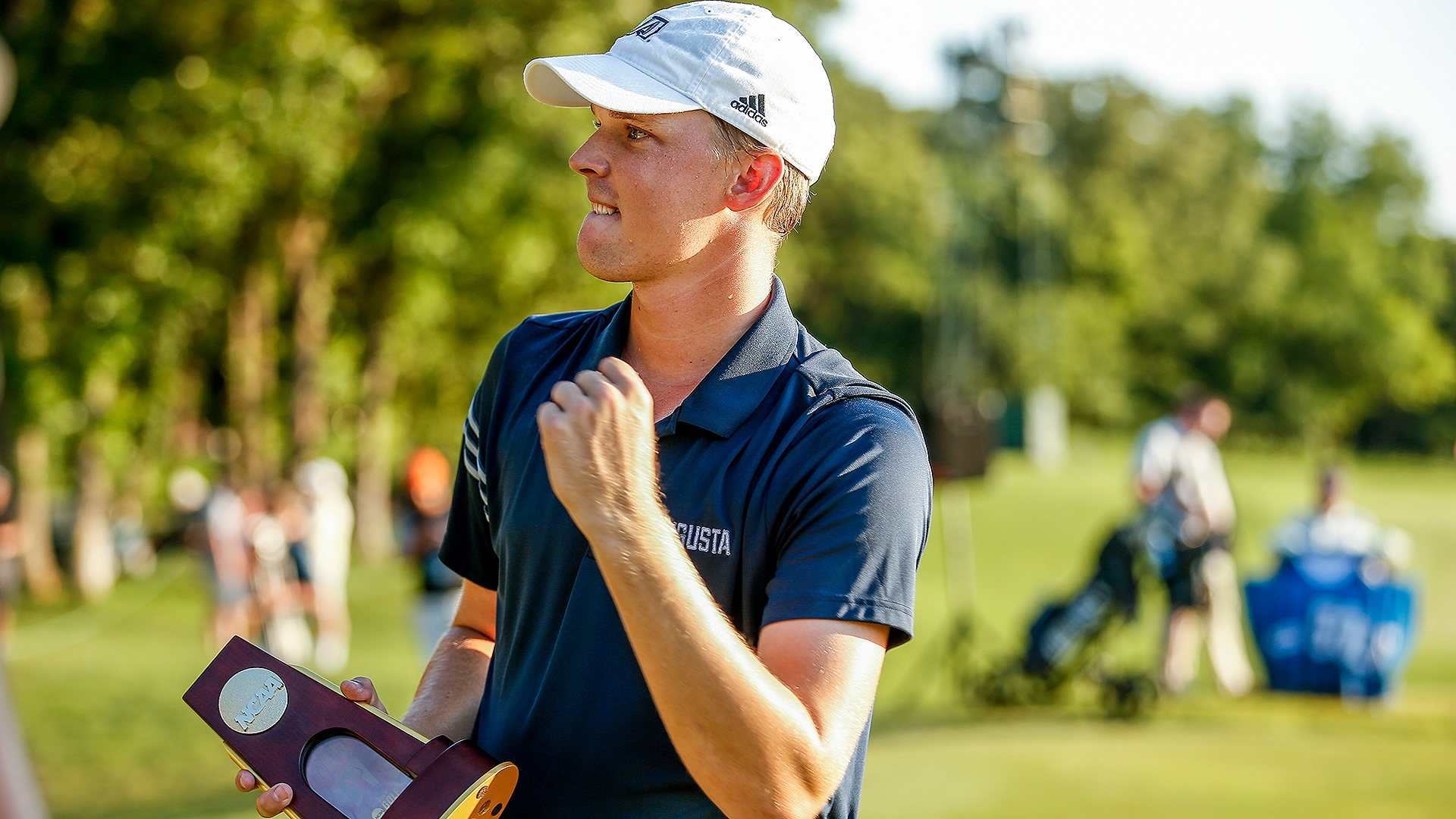 Augusta University's Broc Everett defeated Auburn's Brandon Mancheno in a sudden-death playoff to win the NCAA individual title while Texas A&M edged Vanderbilt for the eighth and final spot in the match-play portion of the team competition.

Everett captured the individual title with a 15-foot birdie on the first playoff hole at Karsten Creek Golf Club in Stillwater, Okla. Both players finished the tournament at 7-under 281 after Everett missed a 12-foot birdie putt on the 72nd hole that would have ended things in regulation.

This marked the first playoff in the individual race since 2014, when Stanford's Cameron Wilson defeated Georgia Tech's Ollie Schniederjans. Neither Everett, a senior, nor Mancheno, a freshman, had ever won a collegiate tournament before this week.

"Came in, didn't have much of a junior resume obviously. Didn't really have much of a game, as coach can tell you, at the beginning of my time here," Everett said. "I really just took cues from everybody else around me that I've been fortunate enough to meet at Augusta, honestly, and that's been a big part. Everybody around me at Augusta, it's such a good team atmosphere over there. Just grinding every day, I mean, just incrementally getting better. That's all it was."

Texas A&M started the day in seventh place in the team race, but they needed a closing par from their final participant to edge Vanderbilt by a shot. The Commodores started the final round in fourth place but carded a disappointing 16-over 304, a team total that was 12 shots higher than any of their first three scores, to miss match play for the first time in four years.

Having eked into the match-play bracket with the No. 8 seed, the Aggies earn the unenviable task of taking on top-ranked Oklahoma State on their home course. The Cowboys started the final round three shots behind Duke, but they took top team honors by eight shots after posting a 7-over 295 score amid difficult conditions.

Duke fell one spot to second, and will face No. 7 Texas in the first round of match play. No. 3 seed Texas Tech will face No. 6 Alabama, while defending national champs Oklahoma will play Auburn in the 4 vs. 5 matchup with a possible in-state battle with Oklahoma State looming in the semifinals should the Sooners get past the Tigers.

Both the quarterfinals and semifinals will be conducted Tuesday, with the two remaining teams advancing to Wednesday's championship match.