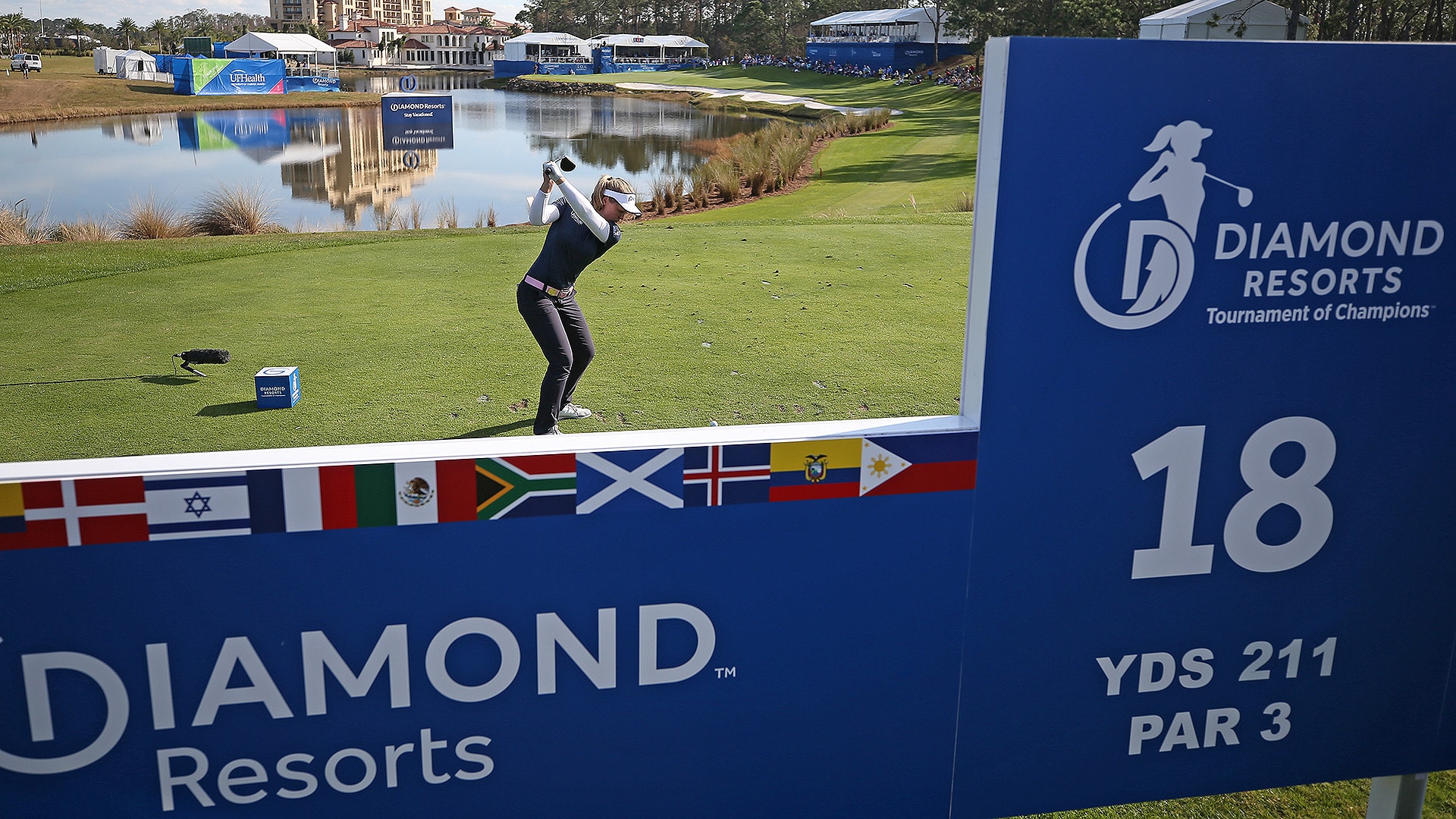 LAKE BUENA VISTA, Fla. – No one was entirely sure what to expect from the first LPGA tour event of the year – least of all Stacy Lewis.

Nearly three months after Lewis became a mother, and six months after she last played on tour, she opened with seven birdies on Thursday for a 5-under 66 that left her one shot behind Brooke Henderson and Eun-Hee Ji at the Diamond Resorts Tournament of Champions.

''Pleasantly surprised,'' Lewis said. ''Had pretty low expectations going into the day. Just really made a lot of putts. I had some weird shots, which I knew was going to happen having not played in a while. I don't know where it came from, but I'm going to take it.''

Henderson overcame a slow start with a bogey on the second hole and a par save on No. 3 at the Tranquilo Golf Club at Four Seasons. She birdied five of her last eight holes for a 65 to tie Ji, who had a bogey-free round.

The tournament – the first season-opener in Florida for the LPGA since 2015 – is only for LPGA winners each of the last two years.

Ariya Jutanugarn, coming off a year in which she claimed every major award, opened with a 67.

The event had the feel of a pro-am because of all the celebrities and athletes, although it wasn't all hits and giggles. Along with the 26-player field from the LPGA tour competing for a $1.2 million purse, 49 entertainers are competing for a $500,000 prize fund using the modified Stableford scoring system.

Tennis player Mardy Fish led that field with 39 points for a two-point lead over a group that included retired pitcher Mark Mulder.

But it was a different vibe from most LPGA events.

''I had to remind myself it wasn't Wednesday afternoon, it was Thursday, and I had to get a good score together,'' Henderson said. ''I think that's when things kicked in on the front nine. I started getting a couple of birdies to recover from that bogey, and then from there I was ready to go and made a lot of birdies.''

Lydia Ko joined Lewis at 66. Both formerly were No. 1 in the world.

Another shot back were Jutanugarn, Lexi Thompson and Mirim Lee.

Jutanugarn started the year with a new caddie, who previously worked for his fiancee, ANA Inspiration winner Pernilla Lindeberg. She opened with a 77, the highest score among LPGA players.

The Thai said she had some nerves from not having played in two months. And not being used to celebrities in her group also required an adjustment.

''Because I didn't play for so long – especially playing with them – I feel upset. He hit like 60 yards past me,'' said Jutanugarn, who played in the same group with retired baseball players Josh Beckett and Kevin Millar. ''Every hole he has a chance to make eagle, so I thought, 'Maybe I'm not that good.'''

She was referring to Beckett on the long tee shots. She didn't know much about either, though she figured one thing one quickly.

''I know they are baseball players. I know both of them are really famous,'' she said. ''And nobody asked me for an autograph. They all asked them.''

Lewis had not played on the LPGA tour since a 66 to tie for 39th on July 12 at the Marathon Classic in Ohio. She gave birth to her first child, a daughter they named Chesnee, on Oct. 25.

The biggest difference was her routine.

She now has to remember where to find daycare, to get out the door a little earlier and making sure she has all the bags for her game and her daughter.

''You've got to take three trips to the care to get out the door every morning,'' she said. ''So it's a new normal.''

Her game looked like the old Stacy Lewis, at least for the opening round. She was 1 under at the turn until rolling in five birdies to offset one bogey on the back nine.