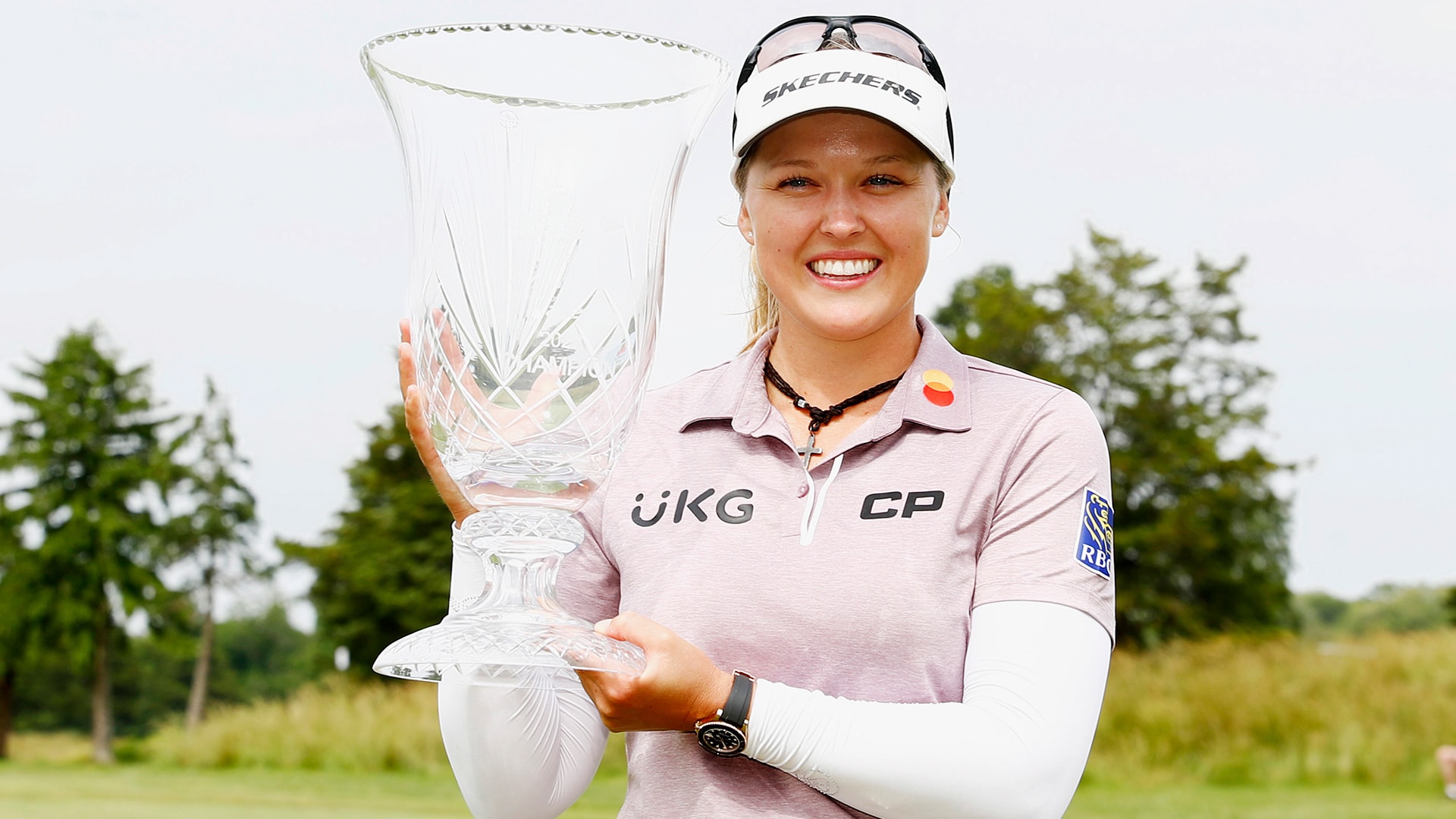 Henderson shot a bogey-free, final-round 7-under 64 at Seaview Hotel and Golf Club to win for the first time in a year. The 24-year-old Canadian rallied from a four-shot deficit entering the final round of the 54-hole tournament to finish at 12-under 201.

Weaver-Wright, a 28-year-old American still looking for her first tour win, forced the playoff with birdies on four of the last six holes, including a long one at No. 17 and a 10-footer at the par-5 final hole for a 65.

The playoff started at the reachable par-5 No. 18, and both found the fairway. Henderson got within 10 feet of the cup with her second shot while Weaver-Wright was short of the green. Her third shot landed around the same distance from the hole as Henderson, but she was away. She missed her birdie putt and Henderson, ranked No. 11 in the world, had no pressure making the eagle to win to pocket $262,500.

Henderson, whose last victory was in Los Angeles in 2021, moved into the lead with a short birdie at No. 12. She stayed there until Weaver-Wright birdied the 17th.

Playing in the group in front of her, Henderson reached the par-5 final hole in two and lagged her eagle putt to tap-in birdie range.

Weaver-Wright missed the fairway with her tee shot at No. 18. Her second was played into the fairway and her third to roughly 10 feet for a clutch birdie.

Jodi Ewart Shadoff of England made an eagle on the final hole to finish a shot behind the leaders at 11 under. The 34-year-old has never won on the tour.

No. 4 Lydia Ko also made a birdie on the final hole and finished tied for fourth with Albane Valenzuela, a Swiss resident and former Stanford star looking for her first LPGA win. They both shot 67s.

Brittany Lincicome, who is due to give birth to her second child in September, was tied for sixth with New Jersey native Marina Alex and Nasa Hataoka, who both won recently in California. Lincicome and Alex shot 67s, a stroke better than Hataoka, who opened with four birdies on the first five holes to take an early two-shot lead.

Defending champion Celine Boutier of France shot a 63 to finish in a group at 8 under.

Frida Kinhult of Sweden started the final round at 9 under with a one-shot lead over fellow non-winner Lauren Coughlin. Both struggled, with Coughlin shooting a 72 to finish at 7 under and Kinhult finishing at 5 under after a 75.

Overnight rain drenched the course close to Atlantic City and made the greens very receptive, helping the scoring. 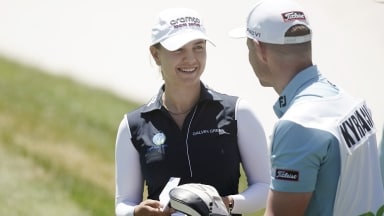 Australian rookie Stephanie Kyriacou shot a 6-under 67 on Friday to take the first-round lead in the ShopRite LPGA Classic. 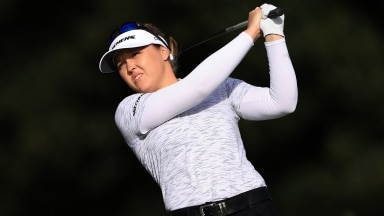 Brooke Henderson is planning on defending her title this week at Wilshire Country Club a week after withdrawing from Hawaii event.