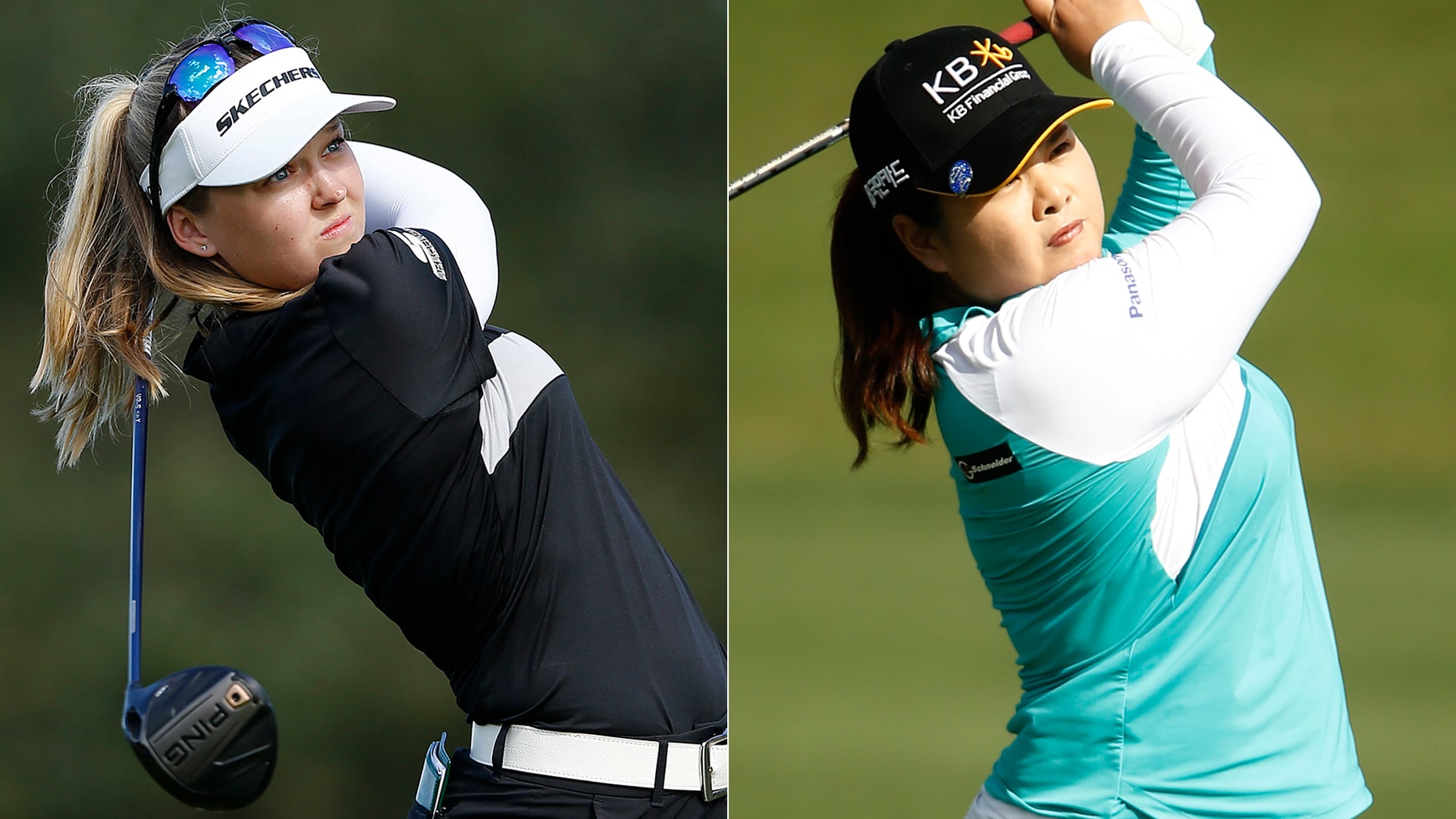 LAKE BUENA VISTA, Fla. — Canada’s Brooke Henderson parlayed four birdies and a late eagle into Friday’s hottest round and a share of the lead at the LPGA’s season-opening Diamond Resorts Tournament of Champions.

Henderson had a 5-under 66 to join Inbee Park of South Korea at 9-under 133 heading to the weekend at Four Seasons Golf and Sports Club Orlando.

Henderson, No. 3 in the Rolex Rankings and the highest-ranked player among the 26 LPGA players in the field, had a clean scorecard until three-putting from the back collar at the difficult, 192-yard closing hole for her lone bogey.

She wasn’t pleased with the finish, but she also wasn’t going to allow it to sour a solid body of work on a day when the scoring average was nearly 71. Mexico’s Gaby Lopez, whose lone LPGA victory is the 2018 Blue Bay LPGA in China, shot 69 and is alone in third, two shots back.

Park, already a World Golf Hall of Fame member with more victories (19 on the LPGA, seven majors) in the Diamond Resorts field, does not usually compete this early in the season. But with 2020 being an Olympic year, the gold medalist in Rio de Janeiro in 2016 adjusted her winter schedule to play weeks earlier than normal. Park shot a bogey-free 68 Friday, nearly holing her third shot at the par-5 17th to set up her third and final birdie.

Only 22, Henderson is seeking her 10th LPGA victory, and has earned multiple victories in each of her four seasons on tour. Winning this week would be a nice jump on extending her streak. Friday’s wind proved more demanding than a day earlier, with gusts topping 20 mph as Henderson reached the middle of her round.

“Once it started to pick up, I guess around the seventh hole, Britt (Henderson, her younger sister and caddie) and I did a really good job of just counting in all the factors and trying to hit smart shots and give ourselves some birdie looks,” Henderson said.

Her highlight was making an eagle-3 at the 525-yard 17th hole. After a big drive, Henderson had 200 yards to the front of the green, 230 yards to the flagstick. She was between a 3-wood and 7-wood, decided on 3-wood because of strong crosswinds, and ripped an approach shot that finished 4 inches from the hole.

Henderson owned one of two eagles recorded in the round. The other was by France’s Celine Boutier, who made the LPGA’s first ace of 2020 when she holed a 4-iron at the 179-yard fifth hole. It was her second lifetime hole-in-one, her first coming eight years ago, when she was an amateur.

When Boutier birdied her next hole, she held a share of the lead with first-round leader Danielle Kang at 9 under. Boutier (69) is tied for fourth, two shots behind the leaders.

Kang, who had birdied six of her first 10 holes and shot 5-under 29 on her front nine a day earlier, opened her day with seven consecutive pars before making back-to-back birdies at the eighth and ninth holes. Kang, however, would stumble with four bogeys on her closing nine and shot 73. She trails the leaders by three shots. 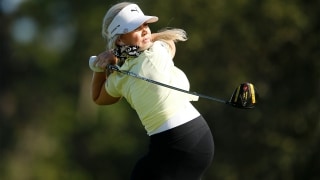 Mom-to-be O’Neal among those in hunt at TOC

Blair O'Neal is among those in the hunt for the celebrity pro-am division title at the Diamond Resorts Tournament of Champions. Oh, and she's competing while six months pregnant.

In the 49-player celebrity and entertainment division, which competes for a purse of $500,000 (the LPGA’s purse is $1.2 million), Major League Baseball Hall of Famer and Fox analyst John Smoltz, the event's defending champion, surged into a three-way tie for the leader. He was joined by two-time Diamond Resorts champion Mardy Fish (tennis) and U.S. military veteran Chad Pfeifer, who plays with a prosthetic left leg.

All three players have 74 points using a Modified Stableford scoring system. Blair O’Neal, a former Symetra Tour player who now works in television, is playing six-months pregnant and is tied for sixth.