With Canada behind her, Henderson eyes history 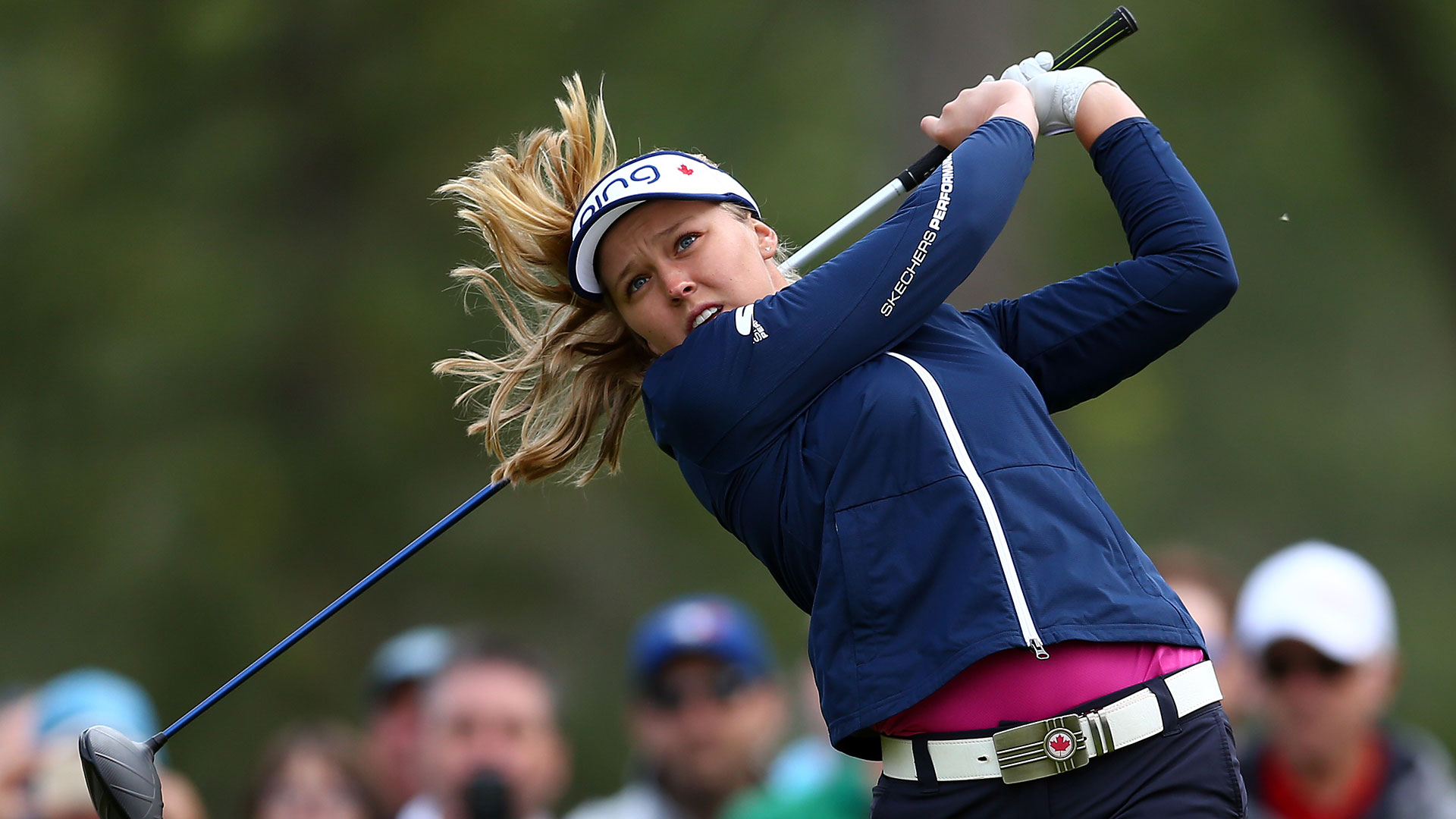 The Brooke Henderson show is setting up for a dramatic conclusion Sunday at the CP Women’s Open.

Who’s going to catch her?

The popular Canadian is right where she wants to be going into the final round, right where a legion of Canadian supporters want her.

With a 2-under-par 70 on an unseasonably cool Saturday, Henderson moved to the top of the leaderboard, one shot ahead of Nasa Hataoka (69) and Angel Yin (71) and two in front of Rolex world No. 1 Sung Hyun Park (70).

“I'm definitely in a good position heading into the final round, which is very exciting,” Henderson said. “I feel like the crowds this week have been totally amazing, and I've been playing well for them. So, I'm happy about that.”

Canada is behind Henderson, with big crowds expected for the final round, to see if she can become the first Canadian to win the country’s national championship since Jocelyne Bourassa won the inaugural event in 1973.

“The crowds are pretty insane,” said Lydia Ko, who is four shots back after a 68. “I was just saying to Jodi [Ewart Shadoff], the crowds love their golf and love seeing the LPGA here. And, obviously, with Brooke being at the top of the leaderboard, I think that really helps to draw a lot of people in.”

Henderson, 20, started Saturday a shot back, but with cool winds and temperatures in the 50s early in the round, she took control with other contenders struggling. She kept herself out front with three consecutive birdies on the back nine and an important 25-foot par-saving putt at the 16th.

“There's like a million players within five shots, so I definitely have to play my best and hopefully go low,” Henderson said.

Park is in position to win back-to-back LPGA titles and to win this event in back-to-back years. She won the Indy Women in Tech Championship last week and won the CP Women’s Open a year ago in Ottawa, an hour from Henderson’s home in Smiths Falls.

World No. 2 Ariya Jutanugarn started Saturday three shots off the lead but slipped five back with a 73.

With 10 players within four shots of her, Henderson said she can’t play defensive.

“I definitely do play better when I'm aggressive,” Henderson said. “I play smart but aggressive. When I'm kind of chasing birdies, I feel like that's where I'm playing my best.

“Just kind of depends on the conditions. If it's similar to today, I think I'll probably have to shoot 4- or 5-under, but if it goes back to kind of the calm conditions that it was earlier in the week, then it will have to be a lot better than that.”