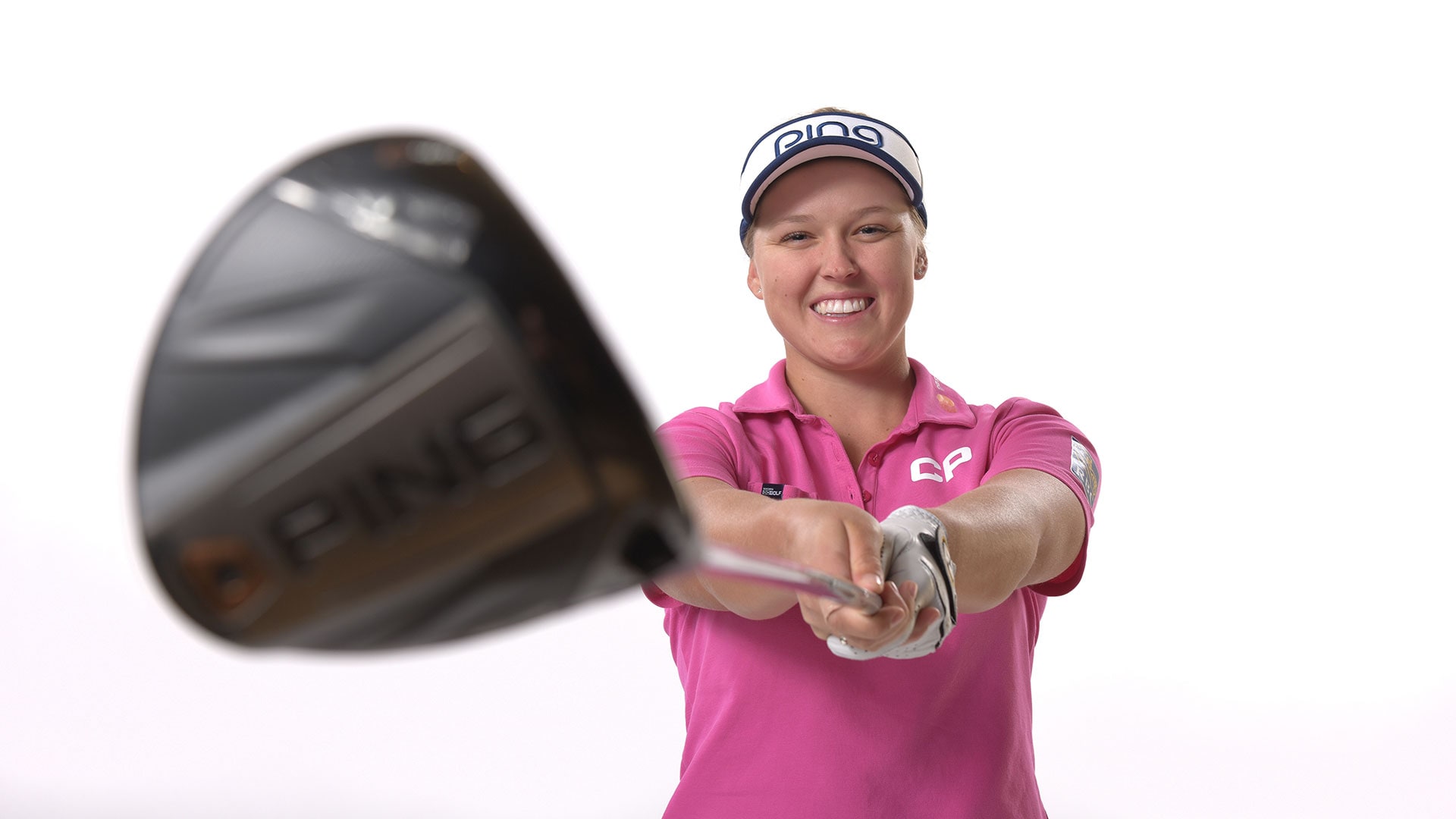 It’s a good thing they aren’t taking the census this week in Canada.

With Brooke Henderson crossing the border into the United States for Thursday’s start to the Cambia Portland Classic, half the country might follow her.

Excuse the hyperbole, but the hearts of so many Canadians go wherever Henderson goes these days.

Even Prime Minister Justin Trudeau keeps track of her.

“Keep making us proud,” he tweeted after Henderson won the CP Women’s Open Sunday to become the first Canadian in 45 years to win the country’s national championship.

The blonde-haired, blue-eyed 20-year-old from Smiths Falls is becoming the Great (North) American Hope in women’s golf these days.

If she ever gets all the way to Rolex world No. 1, American fans may officially adopt her. Whether she’s playing north or south of the Canadian border, Henderson attracts some of the largest galleries at LPGA events.

“Marry my son!” somebody shouted to Henderson during a quieter moment in her victory in Saskatchewan last week.

The comment pretty much summed up the affection Canadians have for their starlet. Still two weeks from her 21st birthday, Henderson claimed her seventh career LPGA title last weekend, leaving her one victory shy of equaling Sandra Post’s record for most tour titles by a Canadian woman.

“I think she’ll go running by my record,” Post said after watching Henderson win her first major championship two summers ago. “And I think it’s going to be fun to watch.”

Lexi Thompson is the highest ranked American in the world at No. 5, but she is amid a reconstruction of sorts. She took a month off this summer, skipped the Women’s British Open and confided publicly that she’s struggling to redefine herself after last year’s emotional challenges. She missed the cut in Canada last week.

Thompson is the only American left among the top 10 in the world.

Henderson jumped inside the top 10 with Sunday’s triumph, moving six spots to No. 8. While you won’t catch her coveting the No. 1 ranking publicly, she relishes a chance to get there. And she is in a great place now to make a run at it before the year is out.

“I'm just really excited for the rest of the year,” Henderson said Wednesday in Portland. “Looking forward to this week and Evian in a couple weeks.”

Henderson is hot at an opportune time. She won in Portland in 2015 and ’16. There’s something about Columbia Edgewater Country Club that brings out her best.

“I'm really excited to be back here in Portland, where, really, my career got started,” she said.

The victory in ‘15 was Henderson’s first LPGA title. She was still a few weeks from her 18th birthday, and not yet an LPGA member, but she got into the field as a Monday qualifier. She ended up winning in an eight-shot runaway. She claimed LPGA membership with the victory.

“I have a lot of amazing memories here,” she said.

After this week’s event, the women get a week off and then head to the Evian Championship for the year’s final major. That’s where Henderson could really put her signature on this season.

She said the CP Women’s Open was like a major championship for her, and she delivered under the intense pressure of trying to win it for her country.

“Brooke has always been special in that when the pressure is on, when the lights are turned up, she becomes that player who can hit the shot she needs to hit,” said Tristan Mullally, her Team Canada coach. “When the moment gets bigger, she gets bigger with it. You don’t see that very often.”

Henderson has some hard work to do to make a run at No. 1 before the year is out, and to win the Rolex Player of the Year Award, but she is in the mix now. She is third in the Player of the Year race, trailing Ariya Jutanugarn by 90 points with eight events left in the year. An LPGA victory is worth 30 points, with double points available in the majors.

“Coming off the win, I feel very confident and a lot of momentum,” Henderson said. “I also feel like it's easy to have kind of a setback week. I would love to just get off to a fast start tomorrow and try to put myself in good position for the weekend.”

That could put her in position for a big run through the rest of the year.