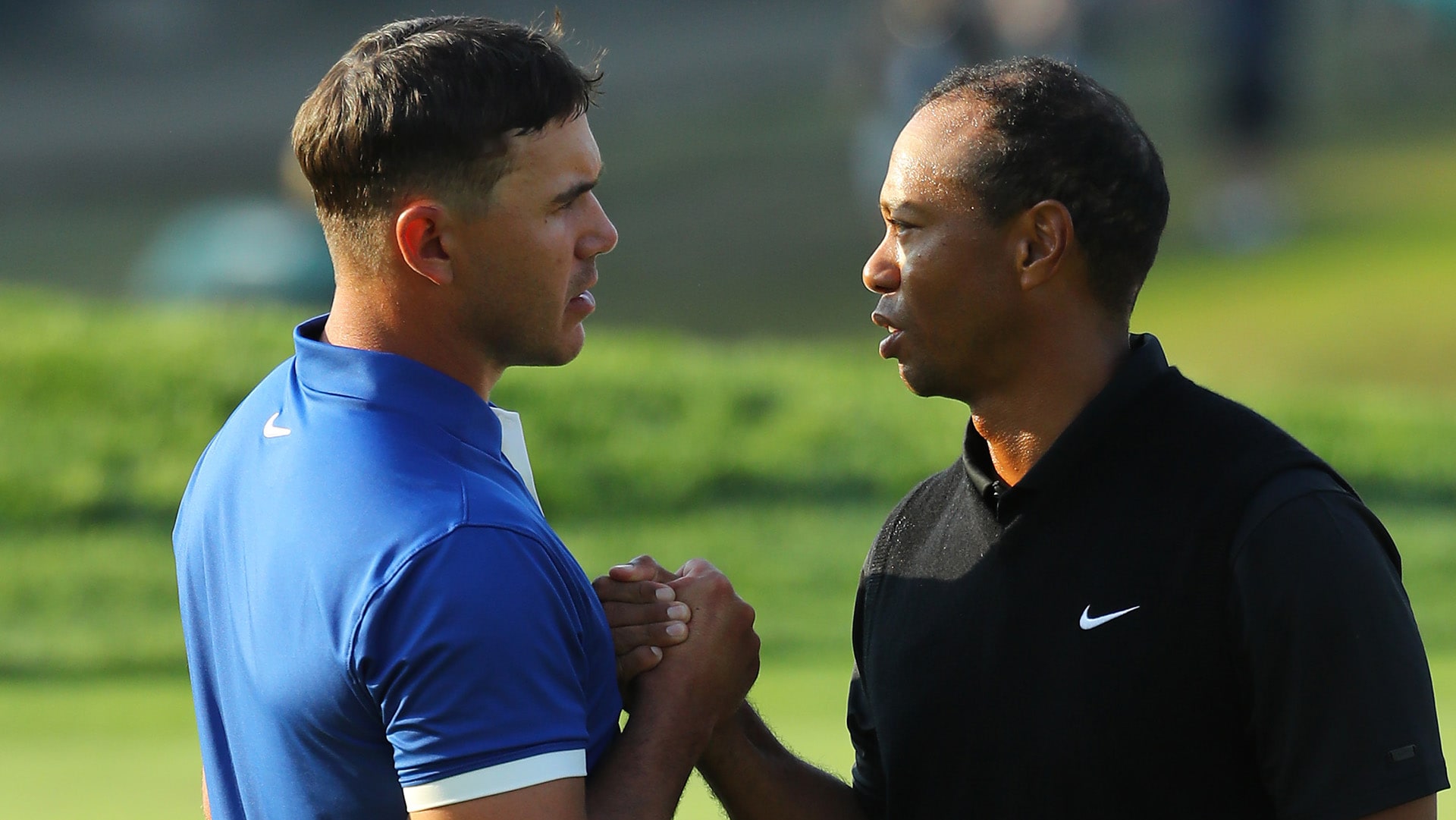 As if the blowout wins weren’t punishment enough, Tiger Woods could sometimes twist the knife in the aftermath.

Like Mozart appraising his concertos, Tiger would assign letter grades to his victories, a reminder that he didn’t always need his best to dust the competition.

“It was in between a B and a C,” Tiger said of his game after a two-shot victory at the 1997 Byron Nelson, a month after his 12-shot opus at the Masters.

If he wasn’t always sharp with his swing, he could rely on his mind and his management.

“Ask [Jack] Nicklaus how many times he’s had his A game in a major,” said the 21-year-old Woods, comfortable enough to pull the Golden Bear into the conversation. “He would say none.”

On Wednesday in Las Vegas, where Woods earned his first PGA Tour victory 23 years ago, the game’s current alpha male stole a page out of the Woods playbook and felt emboldened enough to rip out a few more.

Brooks Koepka, Woods’ brother in Swooshdom, suffered through a 15-minute news conference much like the old Tiger used to. He was uber confident, expansive when he wanted to be, curt when he didn’t, and savvy enough to send messages that will reverberate throughout 2020 and beyond.

Brooks, how about that remarkable 2019 season, with your PGA Championship, WGC-FedEx St. Jude Invitational and CJ Cup wins?

“Last year, I didn’t practice at all,” Koepka said while revealing that he recently underwent stem cell treatment to repair a partially torn patella tendon in his left knee. “I finally feel good enough where I can actually practice and feel prepared coming into golf tournaments – not trying to find it on Tuesday or Wednesday. I’ll be practicing this year.”

Tiger couldn’t have said it any better.

And, Brooks, what about that PGA Tour Player of the Year award that went to the ever-popular Rory McIlroy?

“I don’t play for awards,” Koepka said. “I just play to win, win trophies, win tournaments. I think everybody in this room knows – I mean, LeBron [James] has only won 4 MVPs, and I’m pretty sure he’s been the best player for more than just four years.”

Young Tiger opted for a comparison with the king of major championships. Brooks went with King James.

It’s what the legends of sports have always done, telling you how comfortable they are atop Olympus, raining bolts down at the mere mortals.

Muhammad Ali predicting which round he would knock you out. Babe Ruth calling his home-run shot. Joe Namath guaranteeing a win in the Super Bowl against the heavily-favored Baltimore Colts.

Koepka was a handful of swings away from a sweep of the major championships in 2019 and he barely even practiced.

If that isn’t a memo to Rory and an echo of vintage Tiger then water isn’t wet.

“Brooks has a lot of great qualities,” Trey Jones, Koepka’s college coach at Florida State, once told me. “His self-confidence, to me, is a little different than most people.”

So was Tiger’s at the height of power, with his pro-ams with Michael Jordan and Peyton Manning, his golf with presidents, his meetings with Mandela.

As recently as 2014, Tiger fell back into his mode of likening himself to sporting royalty, comparing himself as an older golfer to an aging Jordan.

“M.J. created a fadeaway,” Tiger said. “He couldn’t jump over everybody anymore, and he created a new way to score and get points. I’m the same way.”

Koepka is only at the beginning of his reign, posing for pictures with the 2019 NBA MVP Giannis Antetokounmpo, or posing nude for a magazine, if the mood strikes.

His self-confidence truly is a little different.

But his words sound very familiar.