Koepka: There is no Rory 'rivalry'; I have all the majors 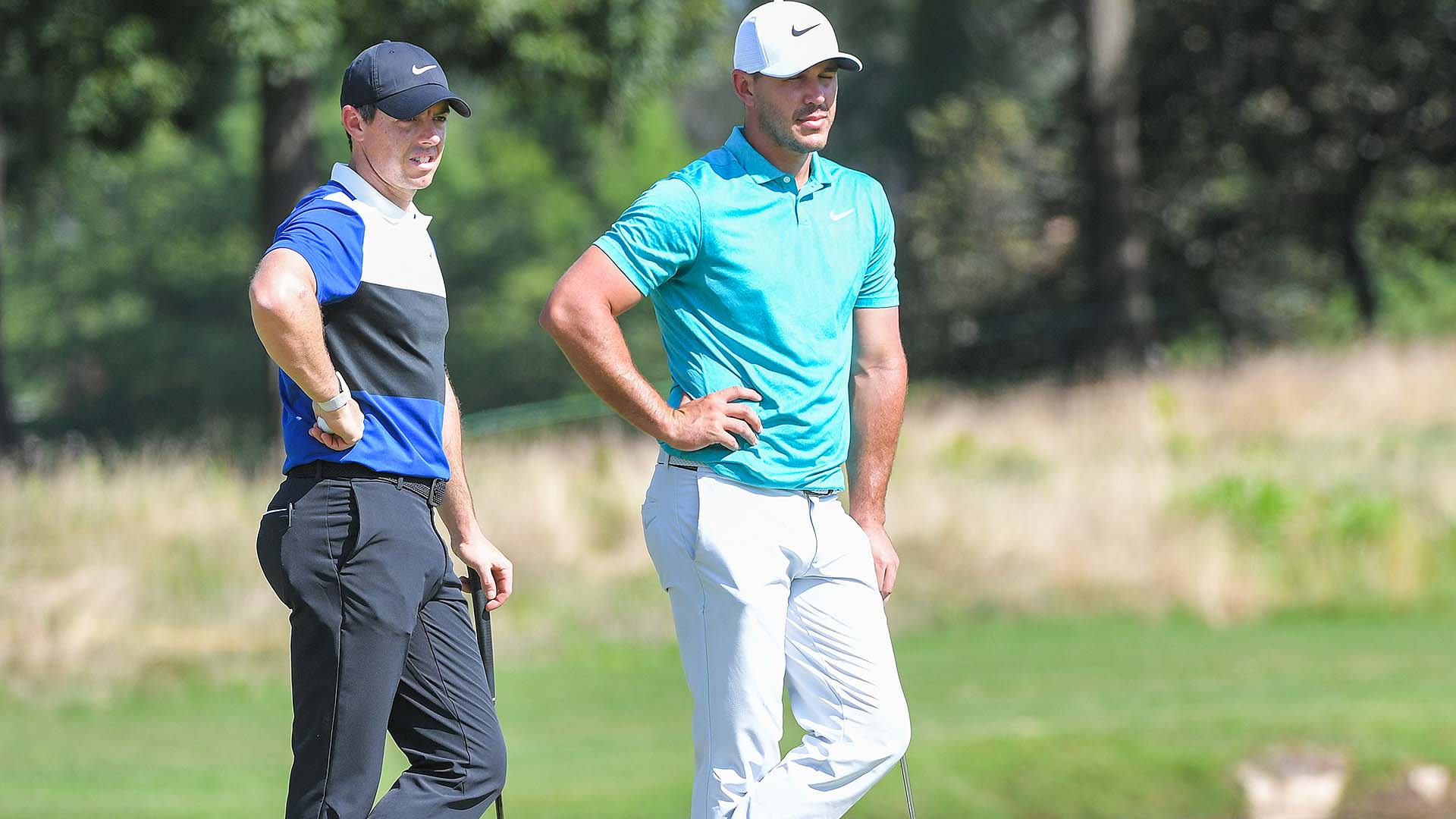 They're Nos. 1 and 2 in the world rankings, but don't call them rivals.

Brooks Koepka and Rory McIlroy distanced themselves as the best players on the PGA Tour last season, each winning three times, and they've racked up four majors apiece. But asked ahead of this week's CJ Cup if he sees a budding rivalry between himself and the Ulsterman, Koepka offered a blunt reply.

"I've been out here for what, five years. Rory hasn't won a major since I've been on the PGA Tour," Koepka told the AFP. "So I don't view it as a rivalry."

The tale of the tape backs up Koepka's claim: McIlroy's most recent major came at the 2014 PGA Championship, when Koepka was in the midst of securing PGA Tour status for the first time and six months before his maiden win in Phoenix. Since then Koepka has been a dominant force in the biggest events, winning four majors while finishing T-4 or better in all four this year.

But the two had a split decision when going head-to-head in recent months. Koepka blew past McIlroy to win the WGC-FedEx St. Jude Invitational in July when the two were in the final pairing, while McIlroy returned the favor the following month when he won the $15 million FedExCup with Koepka watching. Weeks later, it was McIlroy and not Koepka who won Player of the Year honors as voted on by Tour players.

Koepka has had a firm grip on the No. 1 ranking since successfully defending his title at the PGA Championship in May, and as he gets set to defend another title this week in South Korea he isn't concerned with the player currently closest to him in the standings - regardless of recent on-course and voting results.

"I'm not looking at anybody behind me," Koepka said. "I'm No. 1 in the world. I've got open road in front of me and I'm not looking in the rear-view mirror, so I don't see it as a rivalry."