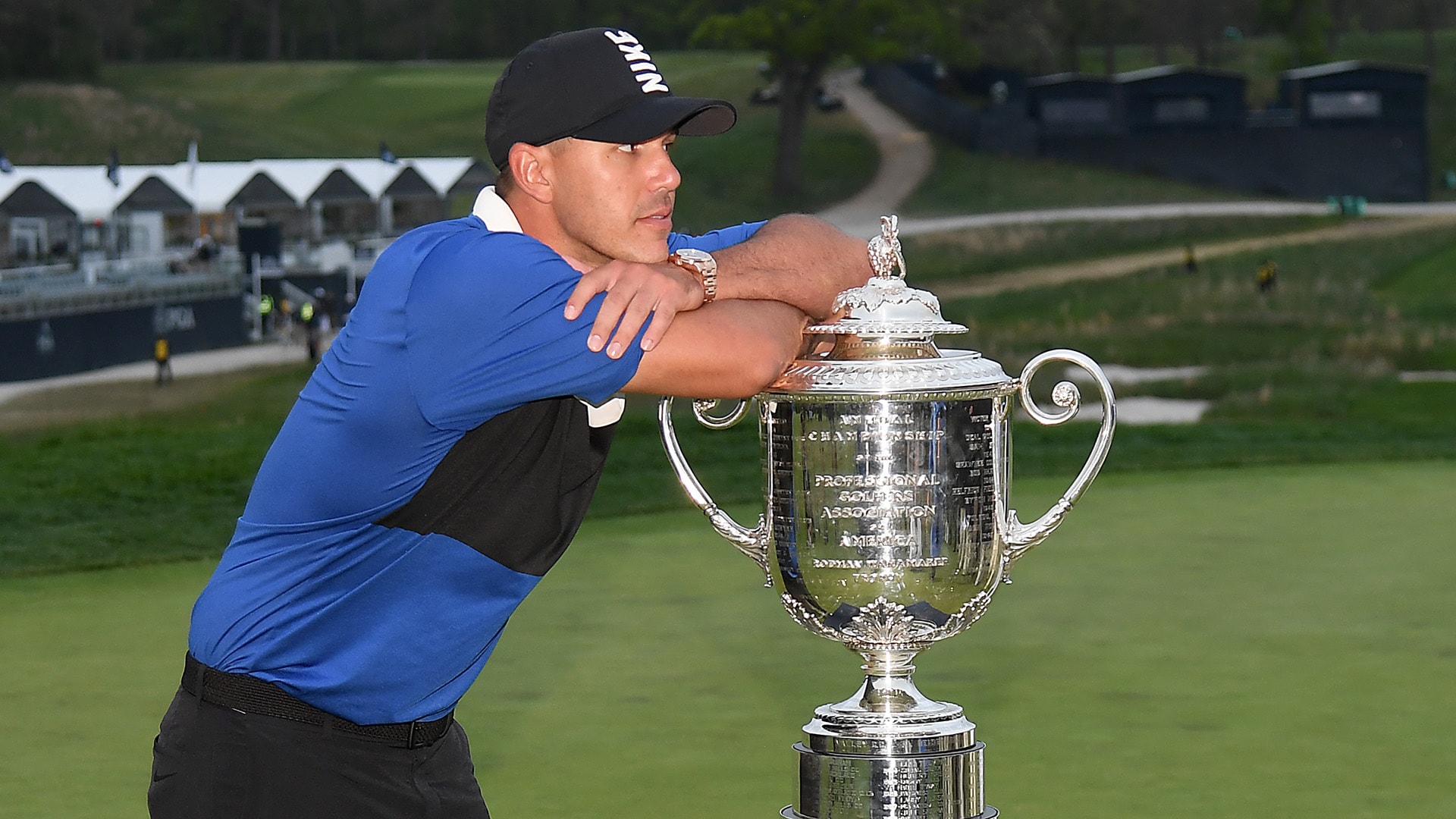 While it's still a few months away, Brooks Koepka is eager to take on his latest chance at history.

Koepka fell just short of three consecutive U.S. Open wins last summer, finishing second behind Gary Woodland at Pebble Beach. But this year he'll have another shot at a three-peat when the PGA Championship heads to TPC Harding Park for the first time.

Koepka and Tiger Woods are the only players to go back-to-back at the PGA since World War II, and for three in a row you have to go back nearly 100 years to Walter Hagen, who won four straight from 1924-27. But that was under a match-play format, and no player has won three straight PGAs in stroke play.

Koepka will have that chance in May, and speaking to reporters Monday in San Francisco for media day he explained that it's an opportunity he's embracing.

"I like that. Everybody wants to be in that spot. There's nothing wrong with it. Obviously they are all [gunning for you] because you did something good, and that's what you want," Koepka said. "It's not a normal event, you know. It's a major. You're hyped up and you're pumped to play and ready to go. Just get out there and do what you're supposed to do."

Koepka's lone competitive experience at TPC Harding Park came during the 2015 WGC-Match Play, when he went 2-1 in group play but failed to advance to the knockout round. While he recently lost the world No. 1 ranking to Rory McIlroy, who won that 2015 event at Harding Park, Koepka expects his injured knee to be at 100 percent by the time the Wanamaker Trophy is once again on the line this spring.

"I'll be physically ready. I've got plenty of time," he said. "It's something I'm not worried about. It is walking, so it's not too bad. But at the same time, downhill is a little bit of a struggle. But other than that, everything else is good."