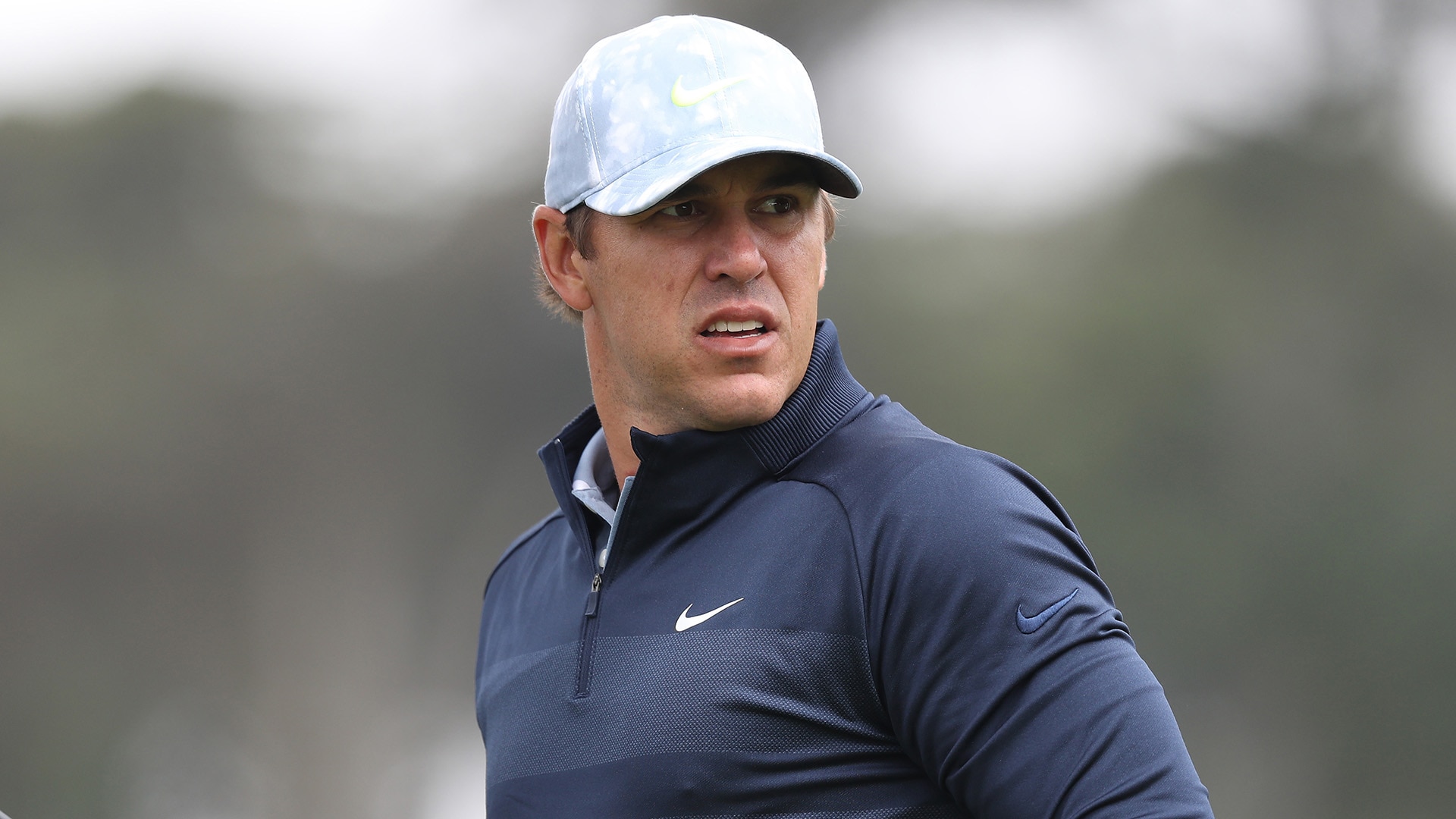 After failing to capitalize on a chance to win the PGA Championship for the third straight year, Brooks Koepka isn't wasting any time getting back to work.

Koepka faltered during the final round at TPC Harding Park, shooting a 74 that dropped him from two shots off the lead into a tie for 29th. But he is continuing his late-season surge this week at the Wyndham Championship, where Koepka will tee it up for the sixth straight week alongside a pair of major champs.

Here's a look at some of the marquee, early-round groupings at Sedgefield Country Club as the Tour wraps up the 2019-20 regular season (Note: full tee times released Tuesday afternoon):

Koepka was outside the top 125 before his runner-up finish in Memphis, but he'll look to improve his playoff positioning by making his first trip to Greensboro since a T-6 finish in 2015. Spieth lost a playoff here in 2013 and last year imploded during the third round, missing the 54-hole cut after starting the day in a tie for 12th. Rose is coming off a ninth-place finish at the PGA and making his first Wyndham appearance since a T-5 finish in 2009.

Simpson earned his first PGA Tour victory at Sedgefield in 2011 and has maintained a strong bond with the event in his home state, finishing T-3 or better in each of the last three years. Im earned his first Tour win earlier this year at the Honda Classic but has largely struggled since the break, while Todd has two wins this season and failed to convert two recent 54-hole leads. All three players begin the week inside the top 10 in the season-long points race and appear poised to cash in on some bonus money via the Wyndham Rewards.

This trio features three players who have all lifted the trophy at Sedgefield, including Poston who earned his maiden victory last year by completing 72 holes without making a single bogey. Snedeker won this event in 2018 after shooting a 59 in the opening round, while Garcia won in 2012 and returns to Greensboro at No. 134 in the points race, needing a solid finish to crack the top 125 and extend his season and qualify for next week's Northern Trust.

Reed beat Spieth here seven years ago for his first win on Tour, and he got win No. 8 earlier this season in Mexico City. Casey is coming off his first career runner-up finish in a major at age 43 and will look to improve upon a record at this event that includes three straight top-20 finishes. Lowry is playing this event for the fourth time in the last five years, having finished T-7 in 2017, and at No. 131 in points he joins Garcia as a major champion in need of a good week to extend his season to TPC Boston.