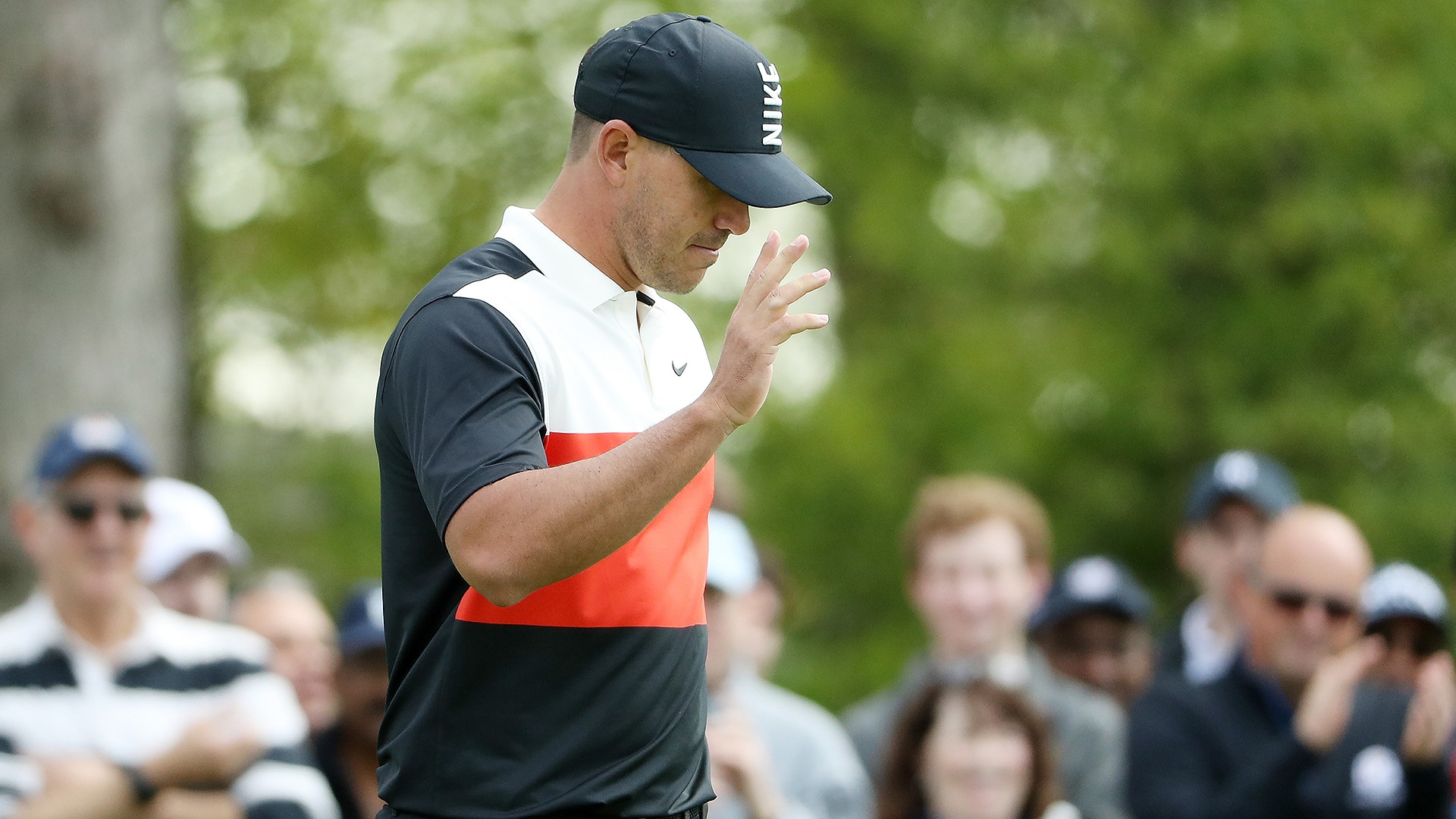 Brooks Koepka began his PGA Championship title defense on the par-4 10th hole Thursday at Bethpage Black. The second nine is the more difficult side, but Koepka didn't have any issues.

After hitting his approach shot a little long at No. 10, he drained a 40-footer to quickly reach 1 under.

He then made this putt at the par-3 14th to temporarily tie for the lead.

And completed his opening nine holes with a birdie at the par-4 18th to reach 3 under par, again to tie for the lead.

The top spot was his alone after one hole on the front.

And with this birdie at the par-3 third hole, Koepka moved two clear of the field.

Koepka added another birdie to his card at the fifth hole and, to put an exclamation on his round, finished with a seventh red number at the last. Koepka fired a 7-under-par 63 to take a four-shot lead.

Can anything stop Brooks Koepka?

A birdie on the final hole gives him a 7-under 63 for the round. 🔥 #PGAChamp pic.twitter.com/Wsbj9AMUnp