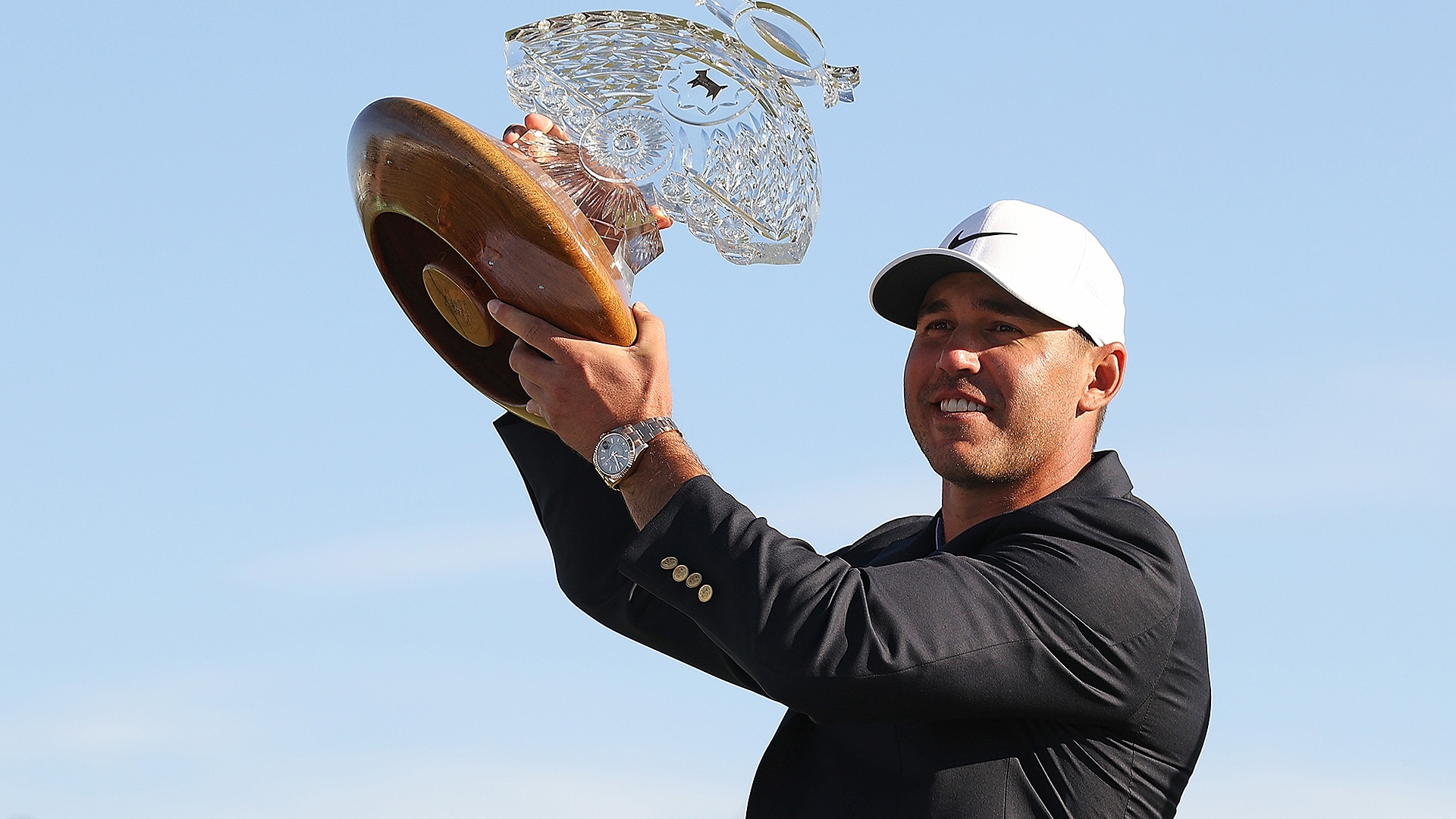 SCOTTSDALE, Ariz. – Brooks Koepka chipped in from 32 yards for eagle on the 17th hole to break a tie for the lead and then parred the last for a one-stroke victory Sunday in the Waste Management Phoenix Open.

Five strokes behind Jordan Spieth and Xander Schauffele entering the round, Koepka shot a 6-under 65 to finish at 19-under 265. The four-time major champion also won in 2015 at TPC Scottsdale for the first of his eight PGA Tour titles.

On the 334-yard 17th, Koepka hit a fairway wood 305 yards to the fairway short and left of the green, then holed out to the largest roar of the day from the crowd limited to 5,000 a day – a fraction of the usual size but the most on Tour during the COVID-19 pandemic.

Back at full strength after lingering left knee and hip problems, Koepka rebounded from a bogey on the second with an eagle on the par-5 third and birdied Nos. 13-15.

Schauffele birdied the par-4 18th for a 71 to tie for second with Kyoung-Hoon Lee (68). The fourth-ranked Schauffele tied for second last week at Torrey Pines.

Lee birdied 17 to pull within one of Koepka, but drove right on the par-4 18th and had his 34-foot birdie try slide by on the high side.

Steve Stricker, the 53-year-old U.S. Ryder Cup captain who was trying to become the oldest winner on the PGA Tour, shot a 67 to tie for fourth with Spieth (72) and Carlos Ortiz (64) at 17 under. 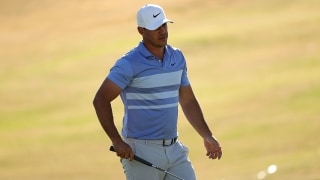 Brooks Koepka chipped in for eagle at No. 17 to help capture the Phoenix Open on Sunday at TPC Scottsdale.

Spieth and Schauffele struggled from the start, with Spieth bogeying the first hole after nearly driving into a desert bush. They each had two bogeys on the front nine, with Schauffele making the only birdie between the two on the front side on No. 9.

Schauffele and Spieth each drove into the water on 17 to end their chances, then both birdied 18.

Spieth shot 61 on Saturday for a share of the lead. Winless since the 2017 Open Championship, the 27-year-old Texan is trying recapture the form that carried him to 11 PGA Tour victories – three of them majors – in his first five seasons on the tour.

James Hahn, three strokes ahead in the middle of the round, bogeyed four of the last eight holes for a 69. He finished 10th at 15 under.

DIVOTS: Second-ranked Jon Rahm, No. 3 Justin Thomas and No. 6 Rory McIlroy tied for 13th at 13 under. Rahm, the former Arizona State star, shot a 68, Thomas followed a third-round 64 with a 72, and McIlroy matched Ortiz for the best round of the day with a 64 in his first start in the event.