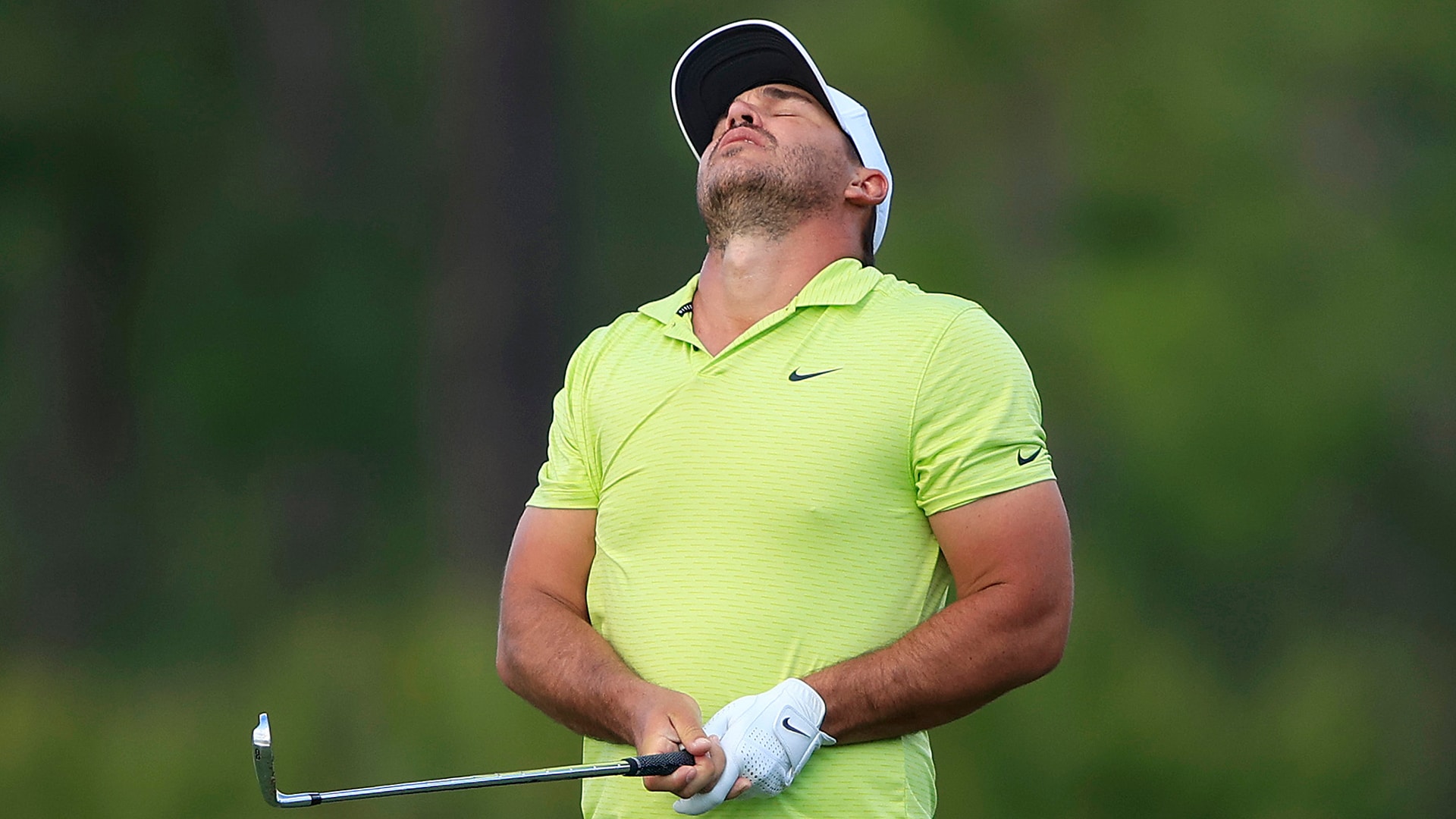 Brooks Koepka doesn't appear to be returning any time soon, and a return for next month's Masters Tournament looks increasingly doubtful.

Koepka posted a collage of photos to Twitter on Sunday evening, among them an image of his right knee bandaged, one of Koepka on crutches and another of the golfer on an anti-gravity treadmill.

He later confirmed to Golfweek via email that he had surgery on his right knee on March 16.

“Whatever my body says, I’m going to listen,” he told Golfweek in regards to his Masters status.

The four-time major winner hasn't played since tying for second at the WGC-Workday Championship earlier this month. He withdrew from The Players with a "strained right knee," according to his agent, who said the Koepka, who had previously battled  left knee and hip injuries for much of the previous couple of years, would "further consult with doctors ... to receive a more extensive evaluation and outlook."

Koepka told Golfweek that he was diagnosed with “a right knee cap dislocation and ligament damage.”