Koepka's season goes from in doubt to double majors 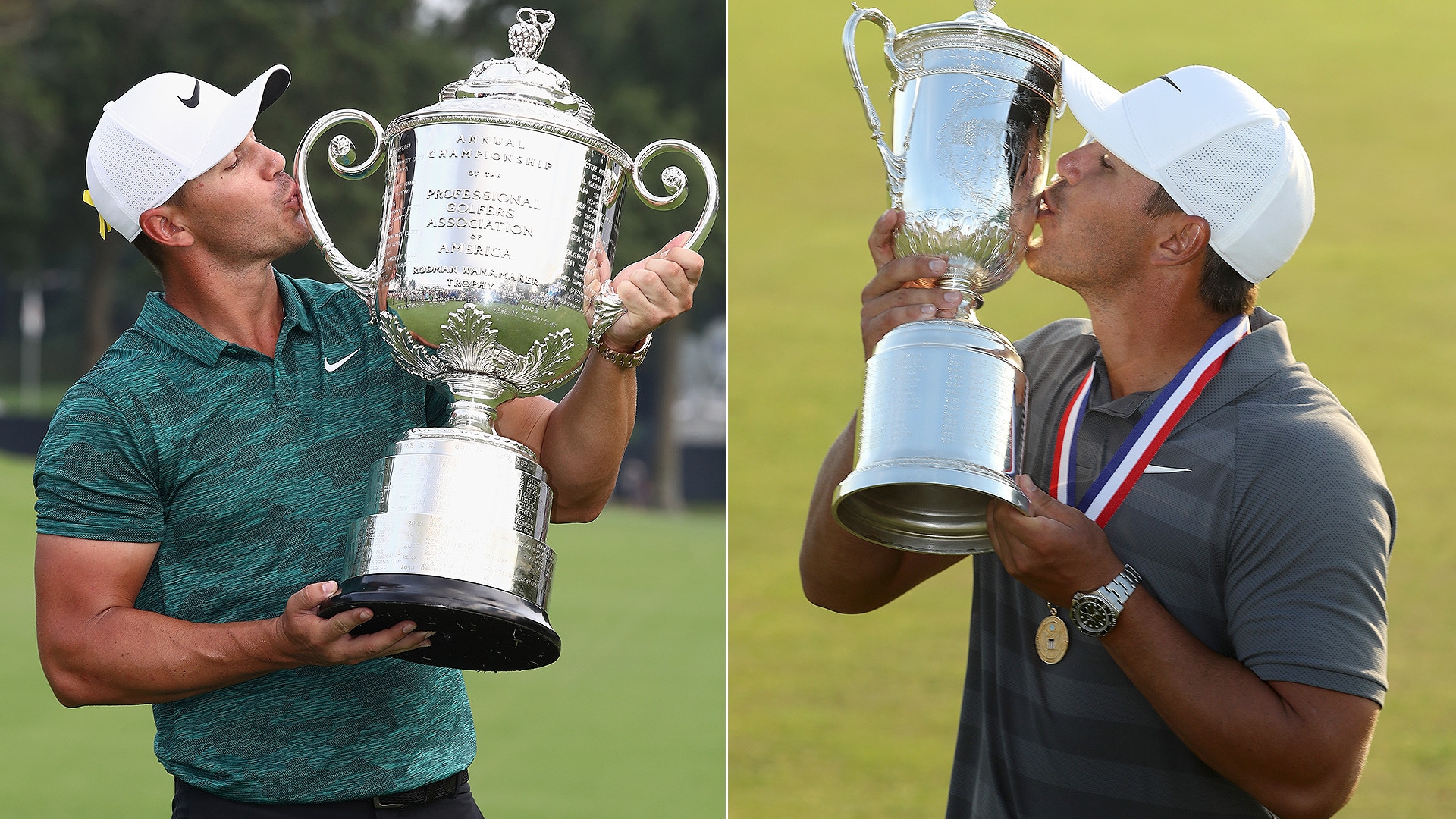 At the 2018 kickoff event at Kapalua, Koepka opened with rounds of 78-74-78-75, finished 37 shots behind world No. 1 Dustin Johnson, in dead last, and felt throbbing pain in his left wrist. For months, doctors struggled to identify the problem before he finally was diagnosed with a torn ligament. His management team offered an expected return date in eight to 12 weeks, but in hindsight that was optimistic. They were as uncertain as anyone.

“It was almost a career-threatening injury,” said Claude Harmon III, Koepka’s swing coach. “We didn’t think he was ever going to play again.”

One of the most common criticisms of Koepka is that he gives off a vibe as though he doesn’t care about golf. In many ways, that’s accurate. When at home he’ll never flip on coverage of the Texas Open or Greenbrier. He’s not a history buff. He doesn’t even really like to play recreationally – he hasn’t played a casual round with his father, Bob, in three years.

But once he’s inside the ropes? He burns as hot as anyone, and he needed some time on the sidelines to rekindle that.

“He recognized how close he was to not being able to play the game he dearly loves to play,” Bob Koepka said. “It made him appreciate the game a lot more, because he realized how close it was to being taken away from him.”

Away from the Tour indefinitely, Koepka hit the lowest point of his career. He often went days without leaving his couch, binge-watching TV shows and gaining 20 pounds – unthinkable for such a gym rat.

“I don’t want to say I was depressed,” Koepka said, “but I was definitely down.”

“Yeah, he was down in the dumps,” said his caddie, Ricky Elliott, who’d occasionally drive from Orlando to Jupiter to visit. “He had that sort of injury where it didn’t seem like there was going to be an end. If you break your leg, fine, you’ll be back in June. But this was a niggling injury. There was no timeframe on it, and that was the most frustrating thing.”

Once it became clear that Koepka would have to skip the Masters, his family hoped that he’d be able to return in June for his title defense at the U.S. Open. That was the goal. So imagine their relief after the doctors finally cleared him to hit balls the Monday after Augusta.

“I had just talked to myself: All right, one day at a time. Keep going. Keep going. You’re getting closer and closer,” Koepka said. “And then when I finally got the OK from my doctors, I’ve never been more focused, more driven, more excited to play and really embracing what’s around me.”

Koepka never has overworked himself at home because he knows that he won’t lose his edge if he takes a week off. After winning last year’s U.S. Open, the only time he picked up a club before the next major was for a commercial shoot with one of his sponsors. He still tied for sixth at The Open.

It’s a fortunate trait to possess – and one that his younger brother, Chase, a fledgling tour pro, doesn’t have – and so after the injury it didn’t take long for Brooks to start flushing full shots again.

“I said, ‘Are you sure you haven’t been practicing?’” Elliott said. “He hadn’t played in 3 ½ months, and he hadn’t missed a beat. I have no idea how he does it. He’s just a tremendously talented guy.”

Even before his first start back, in the team event in New Orleans, Koepka texted his old college coach, Florida State’s Trey Jones, and told him that he’d win again in the next two months. Despite tweaking his wrist in a freak incident at The Players, Koepka shot 63 in the final round at TPC Sawgrass, posted a pair of 63s two weeks later at Colonial, and then won the U.S. Open the following month. 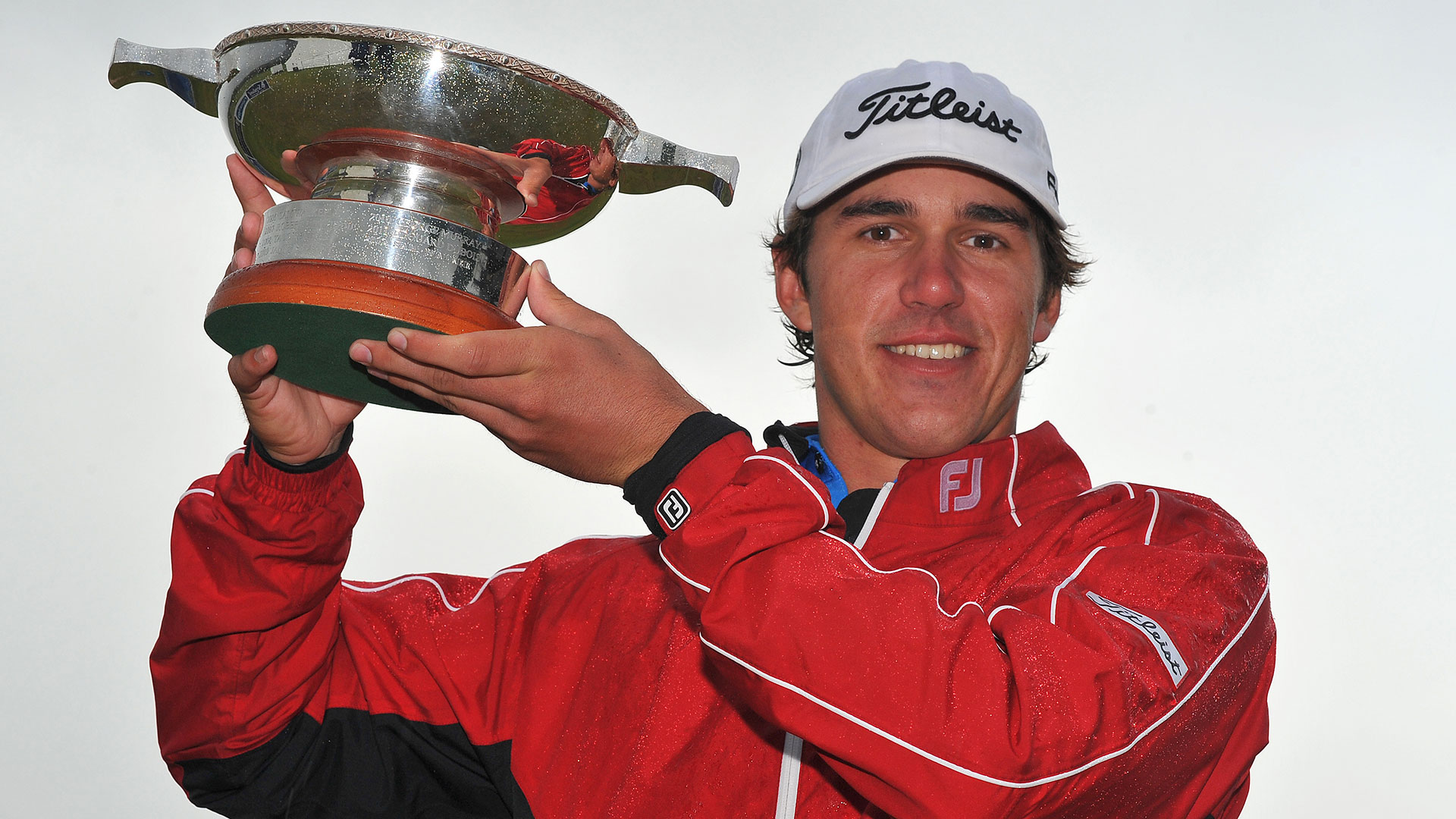 “I can honestly say that I’m shocked the way he’s come back to play,” Bob Koepka said.

“It’s been a blessing in disguise,” Jones said, “because he’d definitely taken it for granted because he was so good. He has a new appreciation.”

That was evident in the way Koepka handled himself in the majors this year.

Watching him now, six years removed from college, Jones can’t help but marvel at how at ease Koepka appears.

That wasn’t always the case, of course. Koepka had a fierce temper growing up, chucking clubs and stomping around the course. One time in college, after he complained about course conditions, Jones dragged his feet all around the cup on the practice putting green and put a shaft in front of the hole. Jones told him to find a way to make it, somehow.

All these years later, Koepka hadn’t forgotten the message. Shinnecock’s greens turned slicker than linoleum during the third round of the U.S. Open, but Koepka kept his head and stayed in the tournament. On Sunday night, after he won, he texted Jones: “If I can make it over the shaft, I can make it on these greens.”

Bellerive Country Club drew its share of player and media criticism, too, but Koepka never uttered a negative word publicly at the PGA. Why bother? Five months earlier, he’d been laid out on the couch, his promising career on hold. Nothing was going to stop his pursuit of another major – not the slow, fuzzy greens, not a host of young stars, not even Tiger Woods. He became just the fourth player to win the U.S. Open and PGA in the same season.

Koepka acknowledged Sunday night that one of his biggest challenges moving forward will be staying healthy. Despite being built like an NFL safety, he’s missed six months and two majors (and was significantly comprised in another) in the past few seasons. A player who swings that ferociously likely will run into trouble, eventually, but Koepka said that he’s “much more disciplined now” in taking care of his body.

Instead of a lost year, he gained more than he ever could have imagined.