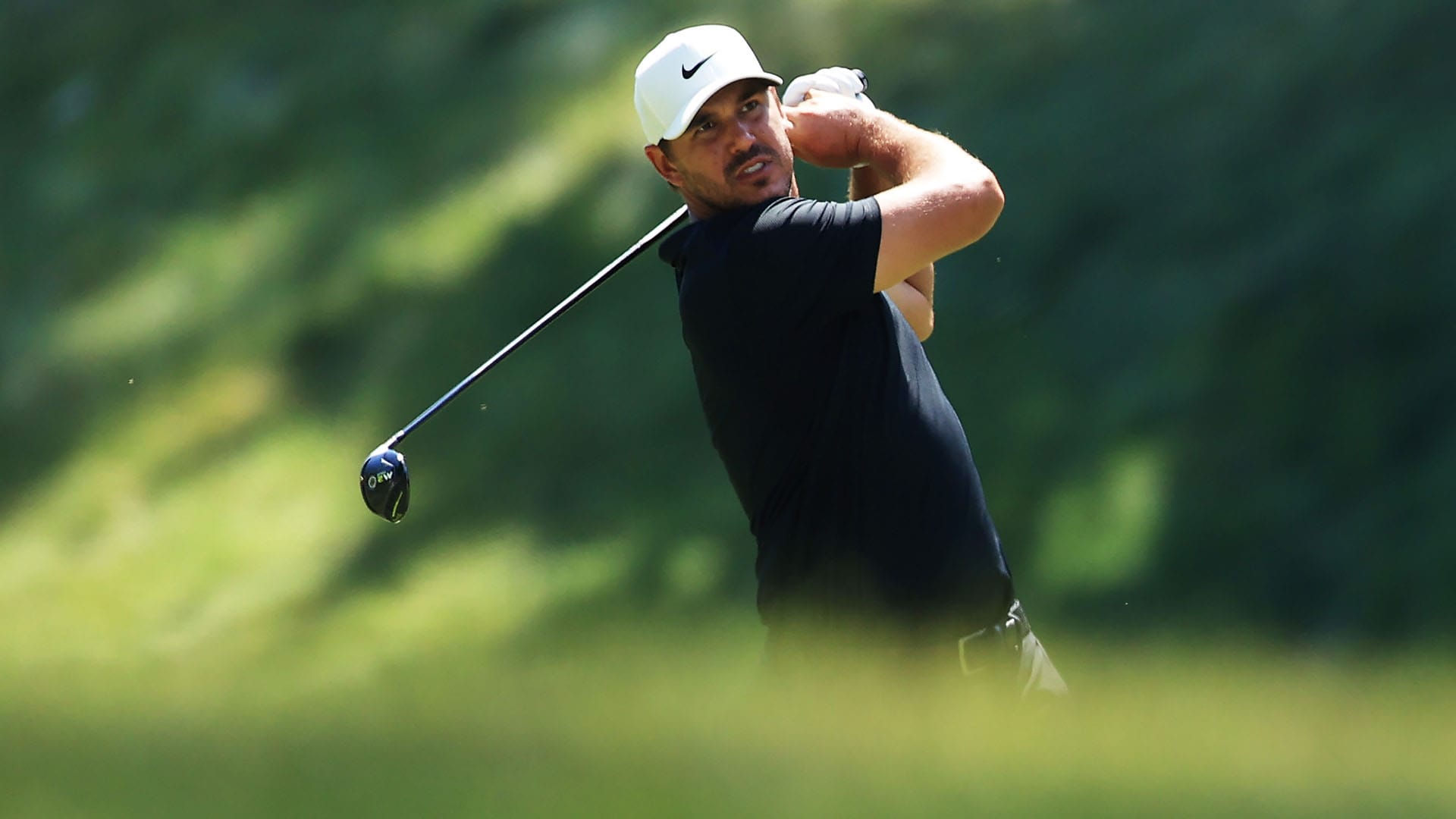 DUBLIN, Ohio – Brooks Koepka is in the middle of a long stretch of golf, and he still doesn’t look or sound 100 percent physically.

After a third-round 73 at the Memorial, Koepka revealed that he underwent an MRI earlier this week on his troublesome left knee. Last fall that knee required a stem-cell treatment for a partially torn patella tendon. After slipping at the CJ Cup in October, Koepka shut it down and didn’t play again for three months.

The world No. 6’s results this season haven’t been up to his lofty standards, with only one top-10 in eight starts. When he finished his third round, he was outside the top 60 at Muirfield Village, at 4-over 220.

Koepka is in the midst of five starts in a row through the PGA Championship, where he’ll look to become the first player to win three consecutive PGAs in stroke play. When asked if he had any concern about that much golf in such a short period of time, he said: “No, not really. You’ve got to play your way into it. When you don’t have the results you want, you’ve got to go out here and find it. It’s not like you’re just going to sit at home and it’s going to magically (appear). You’ve got to put the work in, and it will show eventually.”

Cameras appeared to show Koepka grimace as he played an uphill shot on the 17th hole Saturday and then climb out of the steep bunker. That came after an out-of-bounds second shot on 15 in which he said that he couldn’t get onto his left side.

Koepka underwent another MRI exam Monday to check on his knee.

“Nothing is improved. It’s still the same,” he said. “So we’ll figure it out when we’re done.”

Koepka said he feels “physically fine” but his knee “has its moments.” He’s in the field for next week’s 3M Open in Minnesota, before defending titles at the WGC-FedEx St. Jude Invitational and PGA.

Koepka is not yet assured of playing in the FedExCup playoffs. He began this week at No. 156 in the standings, with only the 125 eligible for the first postseason event.