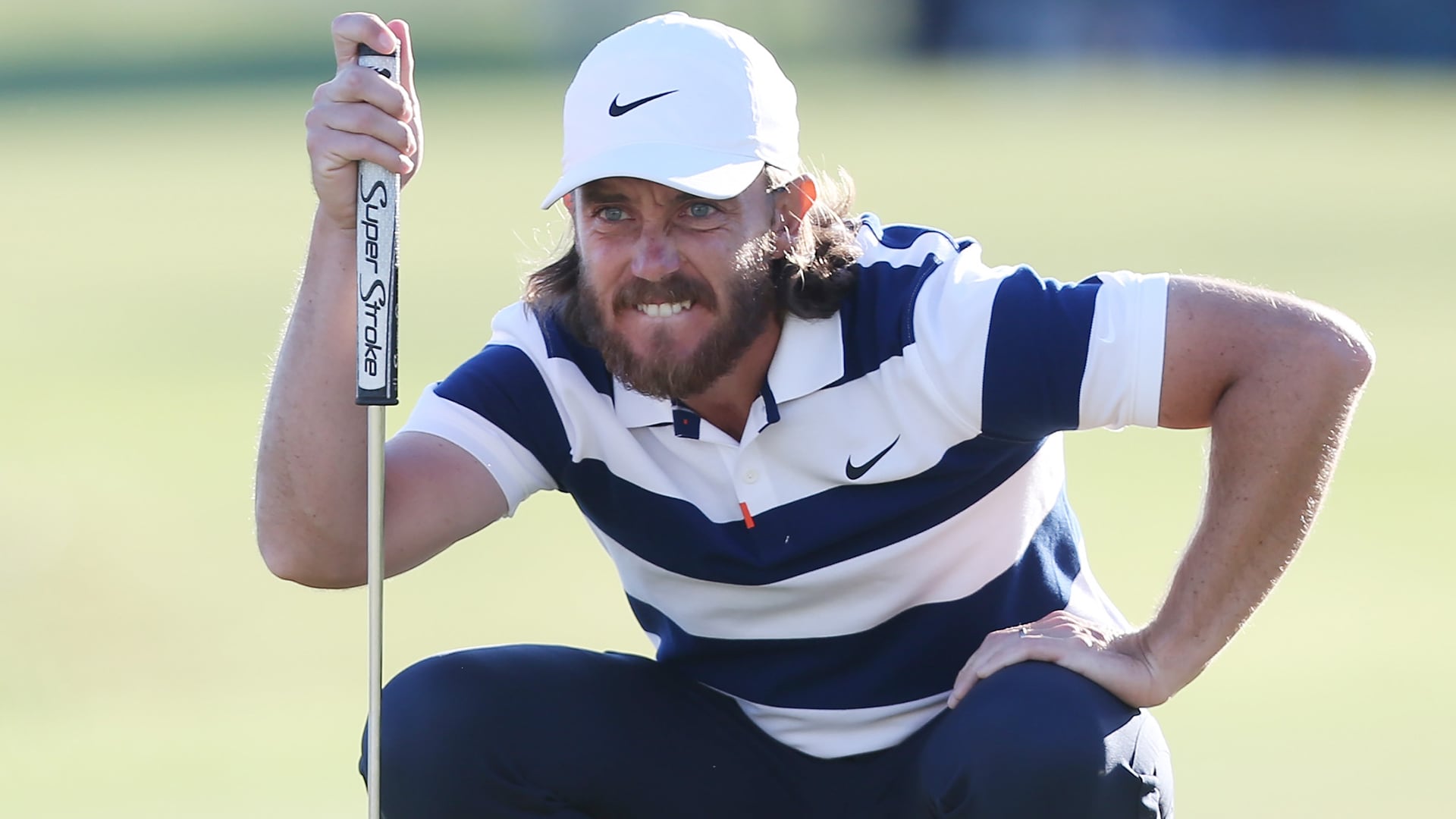 PALM BEACH GARDENS, Fla. – Tommy Fleetwood won something special on American soil nearly shooting 62 in the final round of the U.S. Open at Shinnecock two years ago.

He won more than a giant measure of respect posting that record-tying 63.

He won the admiration of so many Americans there that day, even with his final 8-foot birdie chance skirting past the hole and leaving him with a runner-up finish.

The Englishman is feeling at home again in the United States this week, but this time he’s looking to win a trophy, his first in a PGA Tour event.

“I'm not going to lie and say I don't really mind about winning in America,” Fleetwood said. “Of course I do. I want to win everywhere I play, and the PGA Tour is, for sure, one of those places where I haven't done it yet.”

With birdies at the final two holes to close out a 3-under 67, Fleetwood seized the 54-hole lead at the PGA National Champion Course, a brutish test again this week.

His 5-under total is the highest score in relation to par through three rounds of a non-major on the PGA Tour in almost four years. He’s one shot ahead of Brendan Steele (71) and two ahead of fellow Englishmen Lee Westwood (71) and Luke Donald (71).

“It would be a win at a great golf course, a tough golf course,” Fleetwood said. “I think if you're going to win around here, you're proving yourself as an all-around golfer.”

Fleetwood proved himself formidable on the toughest of courses with his low round at Shinnecock. He relished the outpouring of support he got from American fans rooting for him to go low back then.

“Walking down the last at Shinnecock, when I had a chance for 62, was one of the finer moments of my career for sure, and I think the way the crowd reacted walking up 18 was something that was unbelievably special.”

He was a Ryder Cup star in Paris two years ago, teaming with Francesco Molinari to go 4-0 in partnered play. He’s No. 12 in the world rankings and projected to go to No. 6 if he wins Sunday.

Fleetwood has taken a 54-hole lead into the final round of two European Tour events, closing out one of them, the Johnnie Walker Championship in 2013. 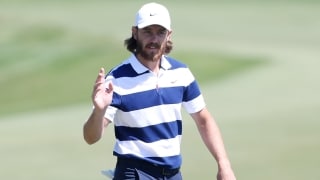 With a round of 3-under 67, Tommy Fleetwood will take a one-shot lead over Brendan Steele into the final round of the Honda Classic.

This marks the first time he’s carried the lead into the final round of a PGA Tour event.

He knows it won’t come without a fight, with the Champion Course yielding few birdies and a lot of big numbers.”

“Par is your friend out there,” Fleetwood said. “Doesn't matter what holes they are.

“No matter what's going on, on the leaderboard, you have to know that par is a very, very good score and just keep playing . . . Just tough out there, and happened to not make a double the last couple days.”

Twenty-two players are within five shots of the lead. That’s a logjam on a course where players can move up and down the board so quickly. In 2015, Ian Poulter hit five balls in the water in the final round and missed getting into a playoff by a single shot.

“I know tomorrow is going to be really hard,” said Steele, who will play in the final twosome with Fleetwood. “It's hard emotionally, physically, mentally. The conditions will be difficult. The course will be difficult. I'm looking forward to the challenge.”

So is Fleetwood as he bids to win over American fans yet again.