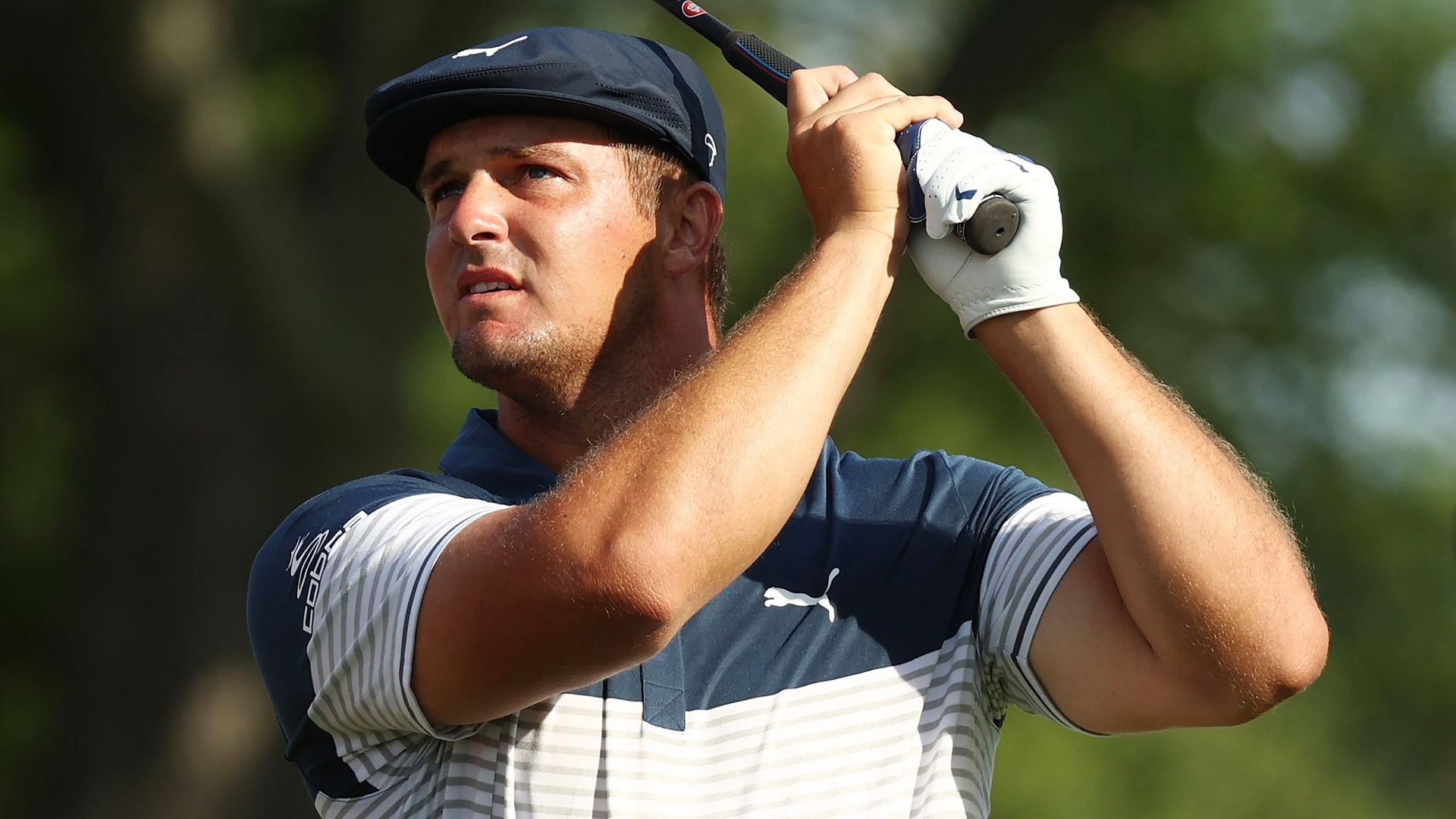 DETROIT – Bryson DeChambeau continues to receive attention for his jaw-dropping drives, but his mind is focused elsewhere as he moves into contention once again at the Rocket Mortgage Classic.

DeChambeau was bogey-free during the second round at Detroit Golf Club, cleaning up the few errors that irked him during an opening-round 66. While his Friday score was one shot higher, it still gave him a share of the lead at 11 under when he completed his round.

He continues to lead the field in strokes gained: off-the-tee this week, and he’ll look to put that edge to even more use this weekend. The focus for DeChambeau is one that has built sky-high buildings in Las Vegas: when exploiting any and every advantage possible, the house always wins.

“I think the most important part is just trying to be the casino. I keep going back to that statement. It’s something that, you know, I’ll keep functioning off of until the day I die,” DeChambeau said. “Because over time, if I keep giving myself enough of those (chances), I’ll learn to hit wedge shots even better than I am now and give myself more opportunities to make those birdies. So I’m not really too concerned. I’m actually excited that I have that opportunity.”

DeChambeau cleaned things up with his iron game during the second round, surviving the few par scrambles he faced on the par-72 layout. He entered the week on a streak of six straight top-10 finishes, three coming both before and after the PGA Tour’s three-month shutdown, and he remains on track to add to that total in his fourth start in as many weeks.

Low scores abound this week on a course where Nate Lashley won a year ago at 25 under. Heading into the weekend in or near the lead, DeChambeau has already started doing the math and likes his chances with two rounds to go.

“If I can make birdie on all the par-5s on the weekend, that’s 8 under right there,” he said. “Make a couple birdies on some short par-4s, I feel like that would be a good number. Something like that.”